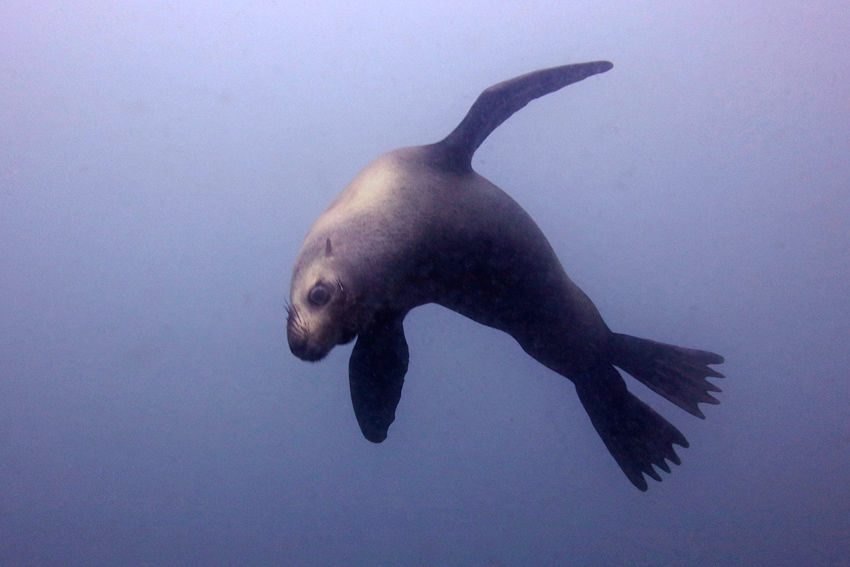 Last weekend I went out with some friends to our favorite octopus sites, just to check in. The octopuses were fine, but the most interesting aspect of the dives was seeing some other visitors. The fur seal above came zooming in suddenly, somersaulting around and peering at us 50 feet down – “what are you guys here for?”

The seal showed off its excellent flippers… 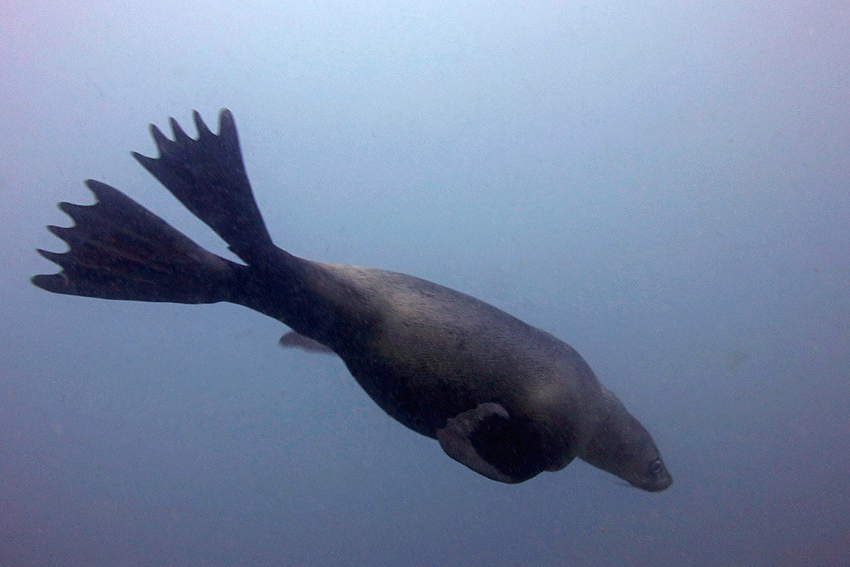 … and then was gone.

I think it was an Australian Fur Seal (though I know very little about seals). It was a large animal, quite startling when it appeared out of nowhere and that big-eyed whiskered face was suddenly right near mine.

We then went on to another site, and here we found some additional vertebrate visitors. On arrival, we saw two sharks of different species, lying comfortably together side by side. 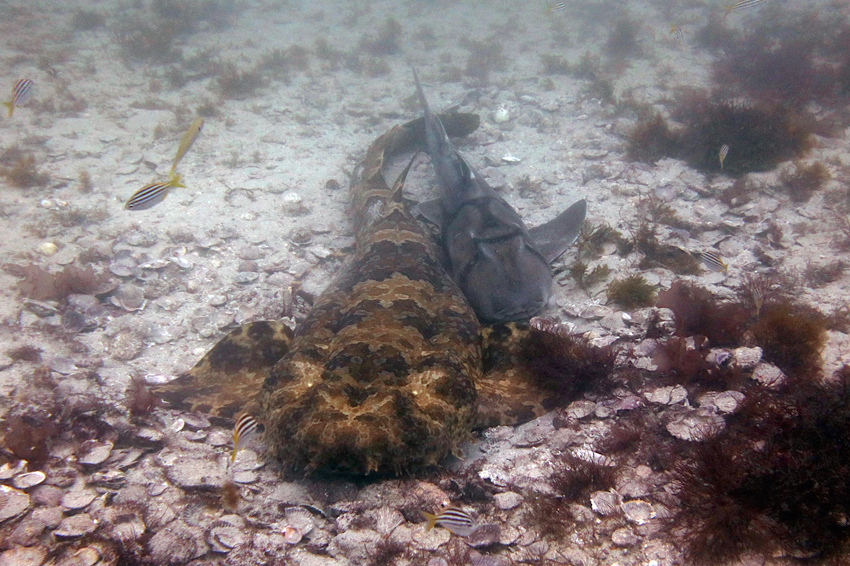 The large brown one is a Carpet Shark or Wobbegong – Orectolobus halei or a similar species. These sharks, often pretty large but normally quite placid, are regulars at our octopus sites and seem to cause problems for the octopuses. When they are around, we see few octopuses and the ones present are very quiet. Wobbegongs are ambush predators – we caught some good video of an ambush (on fish, not an octopus) some years ago here.

The smaller shark is a Port Jackson Shark (Heterodontus portusjacksoni). This next shot gives you a sense of the difference in size. 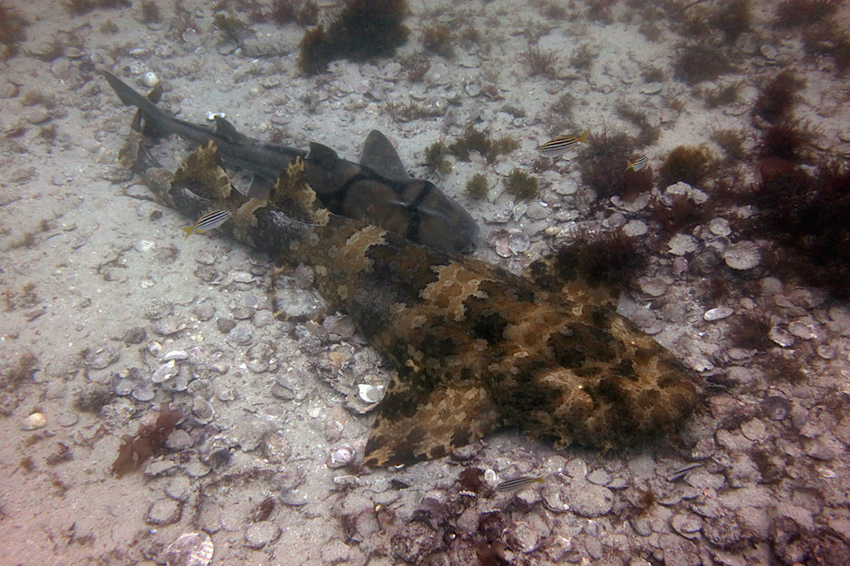 Wobbegongs have serious teeth but don’t usually have any interest in biting people (though they will bite if provoked or surprised). Port Jacksons can have a feisty temperament and would probably quite like to bite people on occasion – but their teeth are designed for crushing shellfish and seem unable to do more than give you a bit of a gnawing. Kylie Brown, who was one of the divers that day, once had her lower leg gnawed by a Port Jackson. No harm was done.

Baby Port Jackson sharks are often seen at the Octopolis site, but I don’t remember seeing adults round our octopuses before. Port Jacksons are often seen huddling together with members of their own species. This is the first time I’ve seen one snuggling with a Wobbegong. 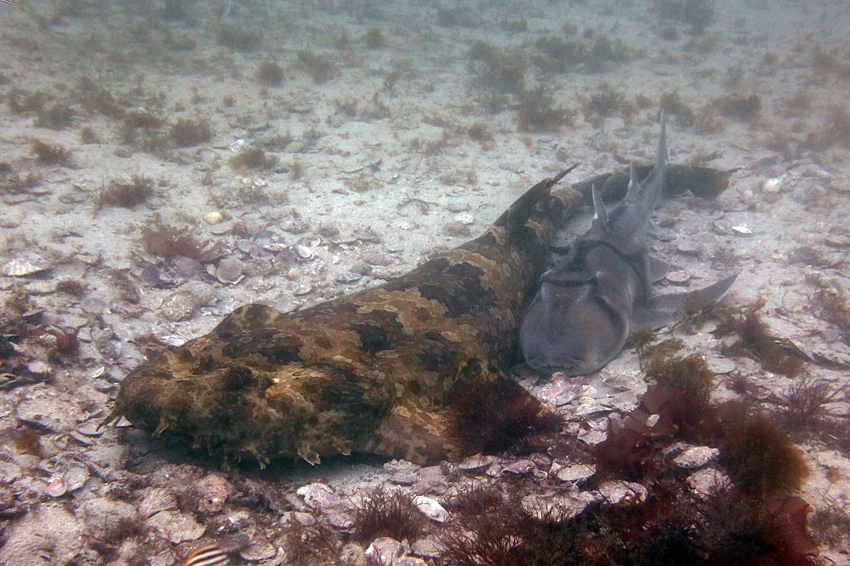 Thanks to Matt Lawrence, Marty Hing, and Kylie Brown for a very good day on the water.

This entry was posted in Marine life, Vertebrates and tagged seal. Bookmark the permalink.