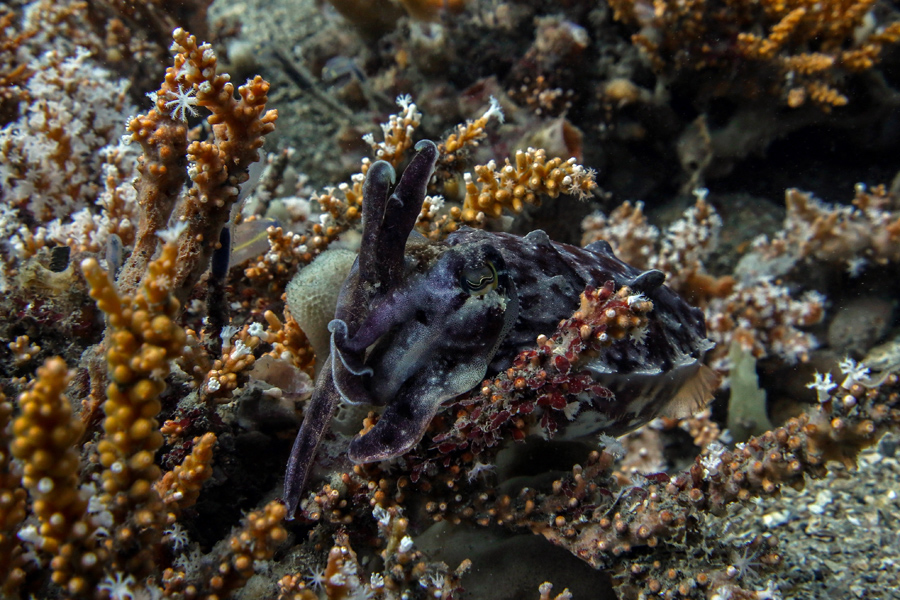 All the photos in this post, except one, are from a shore dive I did a few weeks ago in the coral garden at Fly Point, Nelson Bay. An earlier post on this site had some natural history first and then reflections on the situation we are all facing. Today, it will be the pandemic first and animals at the end.

My previous posts (1, 2) discussed two issues: the extent of the lockdowns, given the trade-offs between immediate and longer-term harms, and the excessive policing of behavior in some places, especially right here. Today I will follow up on both. The past week has seen a lot of change, including good news as well as bad. We are all focused on our local situations to some extent, but I will again try to write a bit more generally.

Excesses on the policing side continue, especially in the UK and parts of Australia. It is easy to collect absurdities: a man in Melbourne fined over $1600 for washing his car, alone in a car wash after 1.00 in the morning (this fine revoked after an outcry); a UK chief constable threatening to start a policy of looking in people’s shopping carts to see if they are trying to buy anything inessential…. The photo below, a stark representation of where we are, was taken by Luke Kelly at Balmoral Beach, here in Australia, last week. 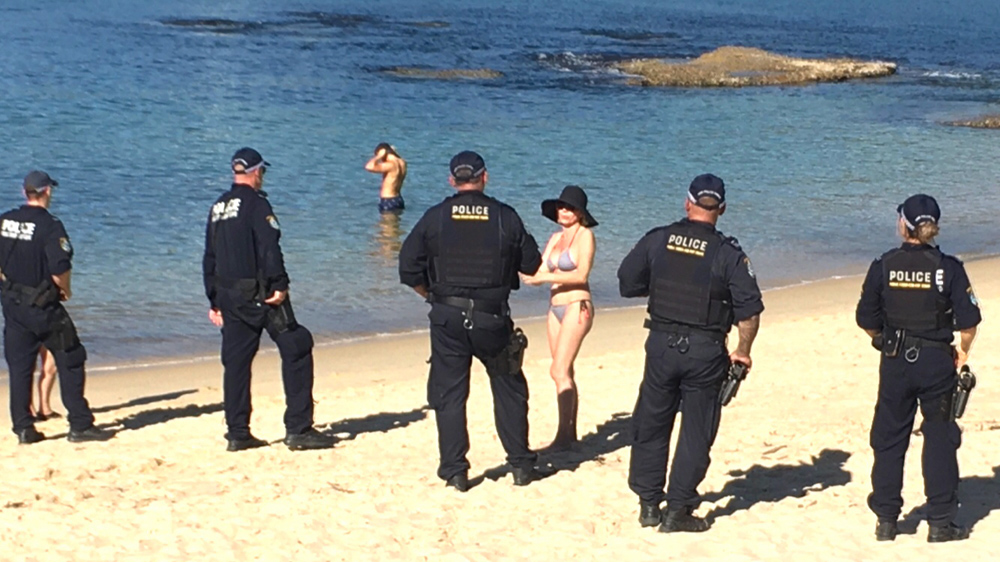 As well as the madness of this, and the damage to relationships between the police and much of the community, I want to emphasize another point. Powers obtained are not willingly surrendered, and are often applied in new contexts. Here is an example. As in other countries, the powers of security forces in Australia were expanded in response to early 21st century terrorism. In a shameful episode with no relationship to terrorism,  Australian security forces in 2004 bugged East Timorese government offices in order to gain an advantage in oil and gas negotiations with its very new, very small neighbor. This was eventually revealed by someone involved, years later (‘Witness K’). When an Australian lawyer, Bernard Collaery, and Witness K began to help the East Timorese take the case to the Permanent Court of Arbitration in the Hague, Australian security services used terrorism-related powers to raid the lawyer’s offices. They turned up with a largely blacked-out search warrant, citing “national security.” Collaery: “I doubt that any judicial officer in Canberra would have signed that search warrant. And they knew that, so they used the terrorist power to raid my chambers,” he said.

Obviously the case had nothing to do with special challenges posed by 21st century terrorism; it was an attempt to avoid revelation of an embarrassing attempt to make money at the expense of a less powerful neighbor. (I realized the relevance of this comparison in the course of discussion of my previous post, and mentioned it there too.) This event shows what happens when police and security service powers are over-extended. As well as the problems inherent in extending official police powers in a panic, there are the effects on habits, and what the police are encouraged to think. If they ask themselves in a novel situation, “What sort of intrusion into ordinary behavior is OK here?”, we don’t want their instinctive answer to be: “Whatever I like.”

Here, on the other shore, is a friendlier “boy in blue”: 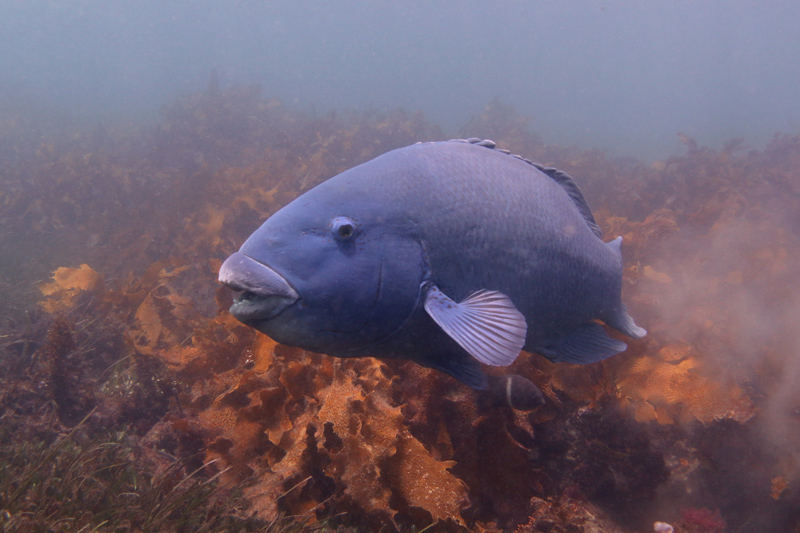 Discussion of both policing side and policies themselves have now become problematically partisan, both here and elsewhere. In Australia, initially no one in media or politics seemed to push back much at all against the lockdowns. Then the Murdoch-owned right-wing press began to object (as discussed in the previous post). What followed has been a kind of drawing of lines, with the left-leaning media (public and private) continually pushing a stern pro-lockdown message and the right-leaning press now running daily editorials on the other side. The fissure seems similar, but starker, in the US.

Yet the case for reducing restrictions and resuming economic activity quickly remains strong without any appeal to conservative or neo-liberal ideas. The well-paid managerial classes are the least affected by the lockdowns, while the working classes, causally employed, and migrants are among the most affected. The economist Gigi Foster, last week on a panel show on ABC television (the public equivalent of the British BBC), offered a view of this kind (standing up to the accusations of heartlessness and the “How can you say that?” that were also featured in later reporting of the event). Along with Peter Singer and Michael Plant writing in Project Syndicate, she notes that the invisibility of the victims of the loss of livelihood, and the diffuse nature of these causes of harm, seem to make it hard to put these factors alongside the immediate, determinately caused, and person-specific harms done by the virus.

Why am I writing this? I am not any kind of expert in public health or economics. But on the policing issue, the first one I discussed, this is not an issue only for experts. I, and you, have as much standing here as anyone. It is a matter of how the basic liberties characteristic of a democratic society are handled in the face of new challenges, a matter on which people should express their views. On the policy issue, involving the suppression of economic activity and loss of work, expertise certainly matters. But expressing informal views about the trade-offs we face still has its role. I suspect that quite a lot of people in policy-making positions think about this roughly as I do (and as Foster does, and as Singer and Plant do). They think it is a mistake to cause greater suffering later through excessive measures now. They might think this while being relucant to push the point, as this approach can see politically impossible, too easily denounced. If a lot of people in different contexts say: “I understand the reasoning here, and think it is sensible,” this option remains difficult, but not impossible.

The animal at the top of the post is Sepia mestus, the reaper cuttlefish. One of these figured in an episode in my book Other Minds, escaping from a marauding moray eel. They seem to be more common at the moment than usual, and they are tremendously charming animals.

The one at the top was watching me from cover: 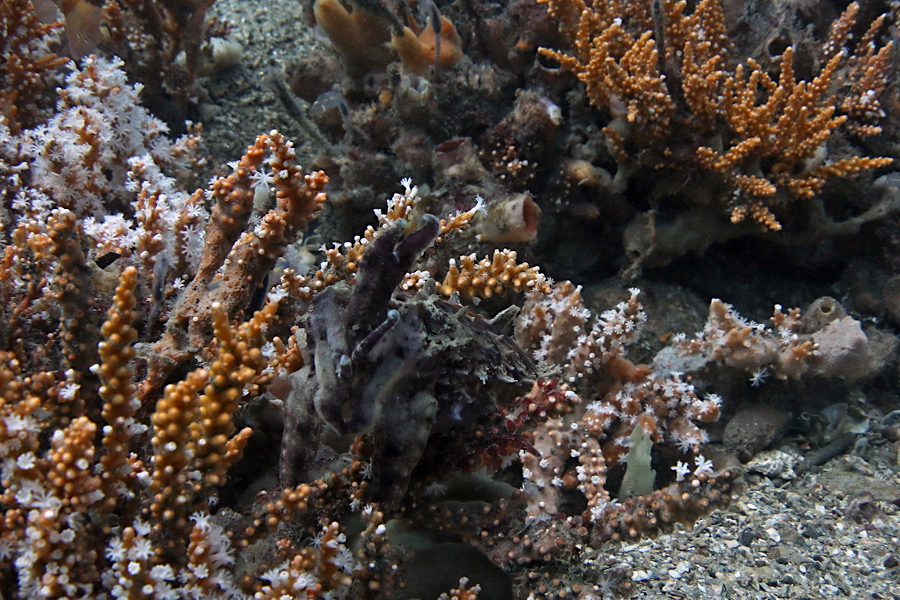 I’m not sure what mix of intimidation and camouflage was intended by the posture and colors. When I stayed around, he produced a couple of displays and then set off, full of chromatic vibration, through the coral:

The photo by Luke Kelly is used with permission. It appeared originally on Facebook here.

This entry was posted in Cephalopods. Bookmark the permalink.