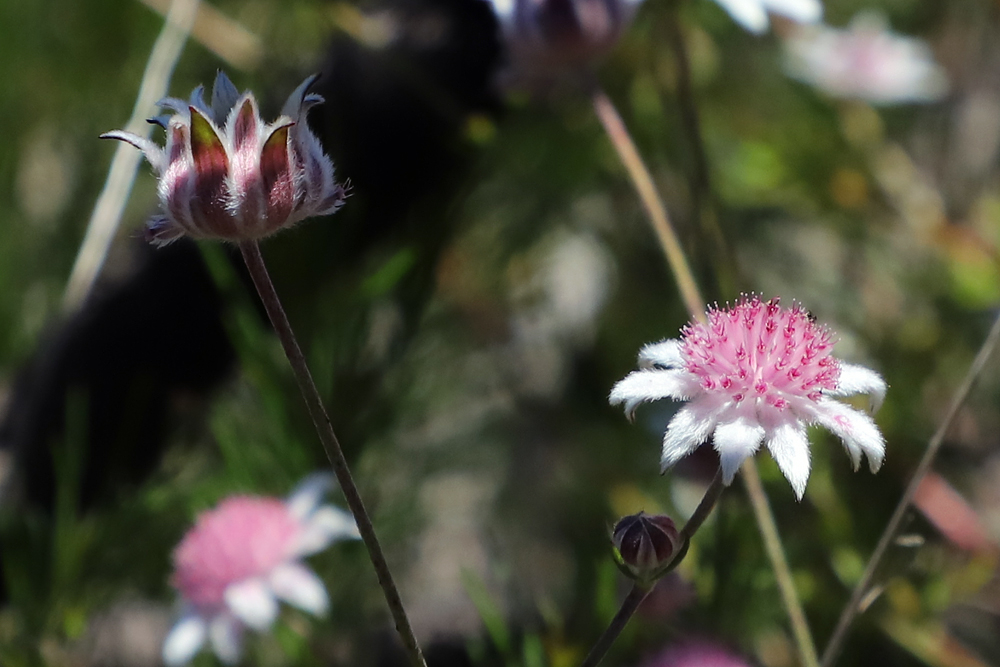 The Australian bushfires of last summer had very few positive effects, but above you can see one. These are pink flannel flowers, Actinotus forsythii, which have been blooming over the past month in countless numbers on high ridges in the Blue Mountains of New South Wales. The last time they were seen up here, the rangers say, was around 1957. The seeds from back then (Sputnik 1, Khrushchev, Eisenhower…) have waited till now to produce these flowers. 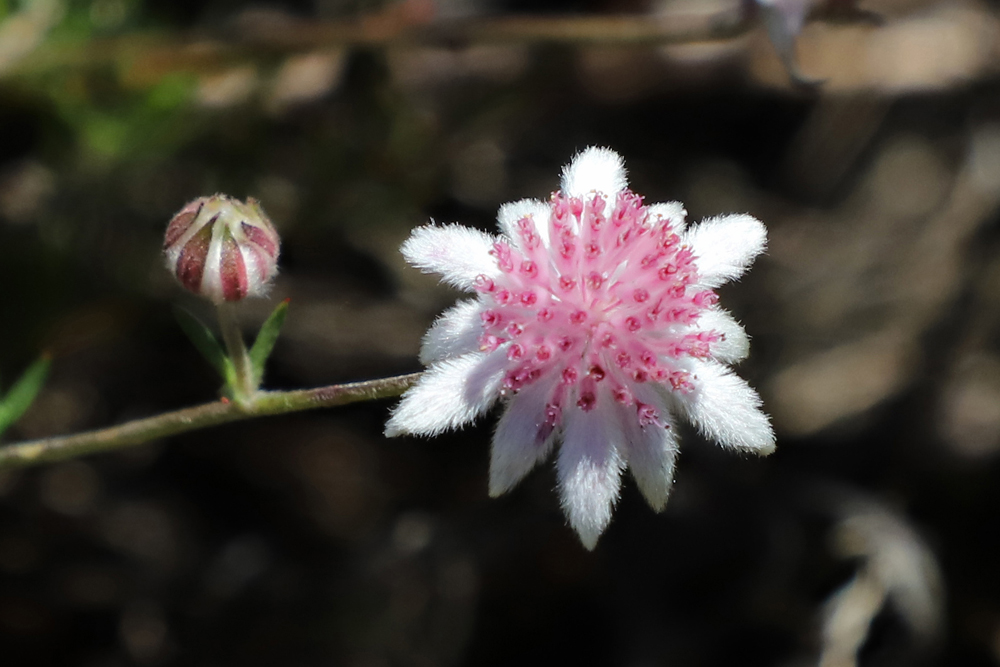 Pink flannel flowers are “fire ephemerals”; the seeds require smoke to germinate, and wait for decades, if necessary, for that condition. 1957 was a year of serious fires, including one that ripped through the local town of Leura. Prominent in the town was a Catholic nunnery. “Nuns and trainees fought the approaching fires until the water from the taps dried up. Evacuated to the Sisters of Charity in Katoomba, they retired to the chapel to pray.” That year (coincidentally the year of a serious flu pandemic originating in Asia) was apparently the last fire on this scale in the area until 2020. 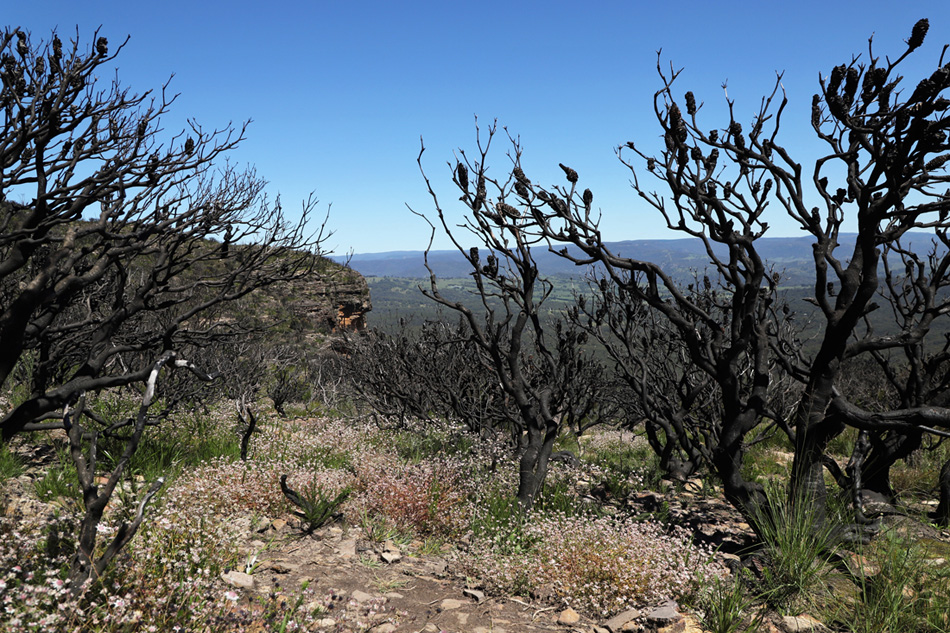 We went out to Narrow Neck, in the mountains near Katoomba, to see them. The fact that close-up photos of them are so irresistible had led me not to realize how small the flowers are – in diameter, 10-20 mm. They are there in carpets and rivers, surrounding black skeletons from last year’s fires.

From Katherine Preston (one half of the Botanist in the Kitchen duo), who peered with her botanical eye directly through the pink radiations of the photo I sent her into their genealogy, I learn that flannel flowers are in the carrot family. 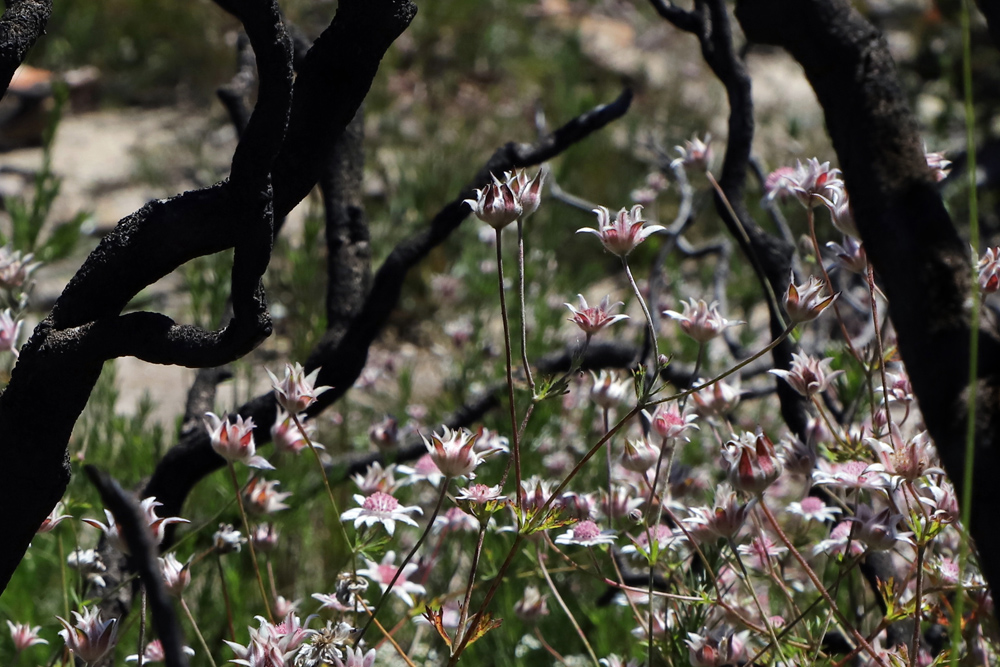 A local news story about them is here, and it links to a scientific paper about their smoke-hungriness, by Ruby Paroissien and her colleagues, that happened to come out last year: “Germination of the Rarely Seen Pink Flannel Flower.”

The last of this year’s flowers were probably drowned by yet another onslaught, a state-wide deluge on a historic scale, over the last few days.

A final shot of the scene: 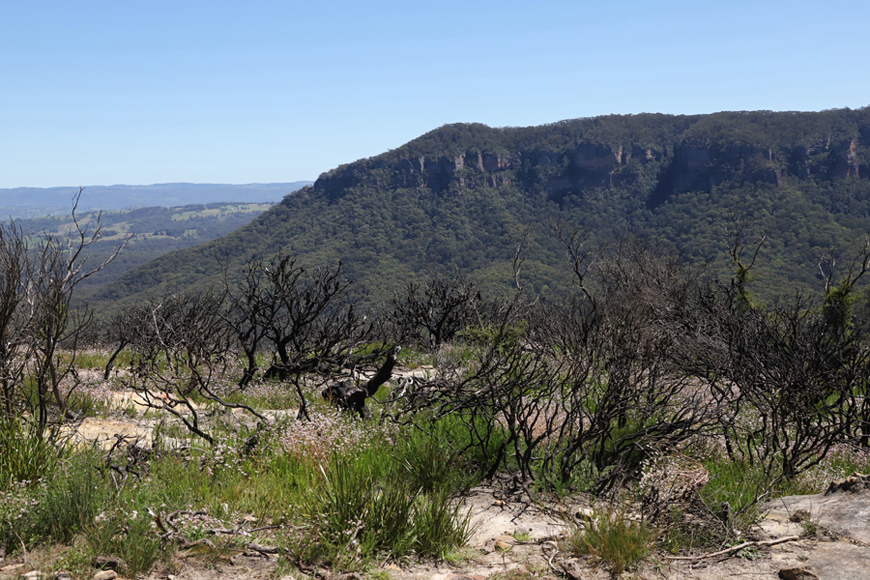 I had thought this website might be winding down, now that Metazoa is finished and out in the world. But I find myself with a large stack of material, on many topics, lined up for the next few months. I’ll note each new post on twitter as it goes up.

This entry was posted in Plants, Tree of Life. Bookmark the permalink.