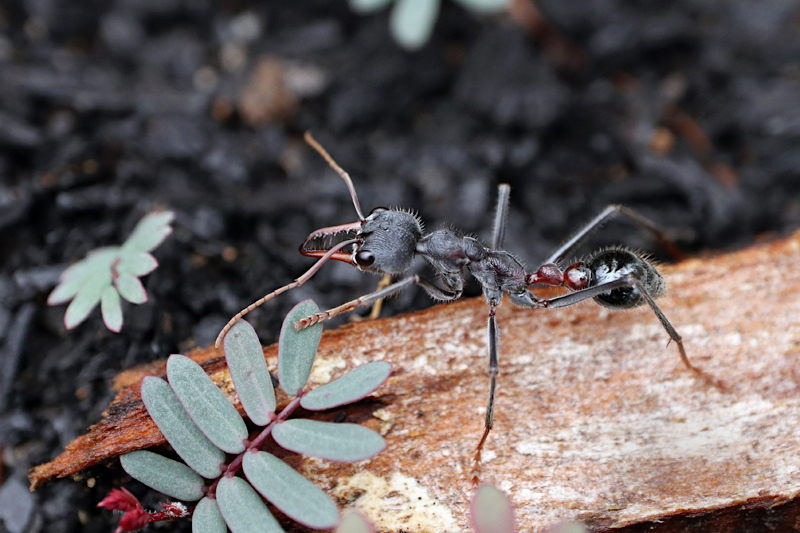 It feels like an age since the Australian fires of last summer. Since then, the US has faced its own infernos. Those are now subsiding as another Australian summer gears up. Over this year, I’ve regularly visited a particular burned area in the Blue Mountains, west of Sydney, watching life return. Especially during the first months, when so much had been stripped bare, it was possible to notice and track various kinds of life that would normally be hidden, or more elusive. The animals I began to follow around were ants. 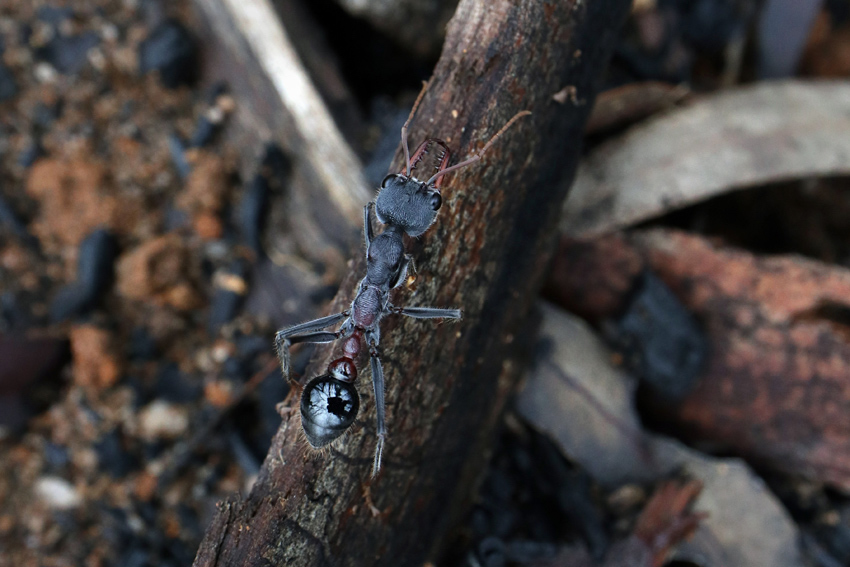 Most of the ants in this post are Myrmecia – that is the genus, and I don’t yet know the species. These are very large, aggressive ants, almost entirely restricted to Australia. Descriptions of them, often with relish, present them as “primitive,” in an evolutionary sense – close in form to the ancestral ants of the Mesozoic. Many forage individually, rather than in teams or caravans. All the ones I’ve seen on the fire ground have been alone. They have good eyes and move fast. 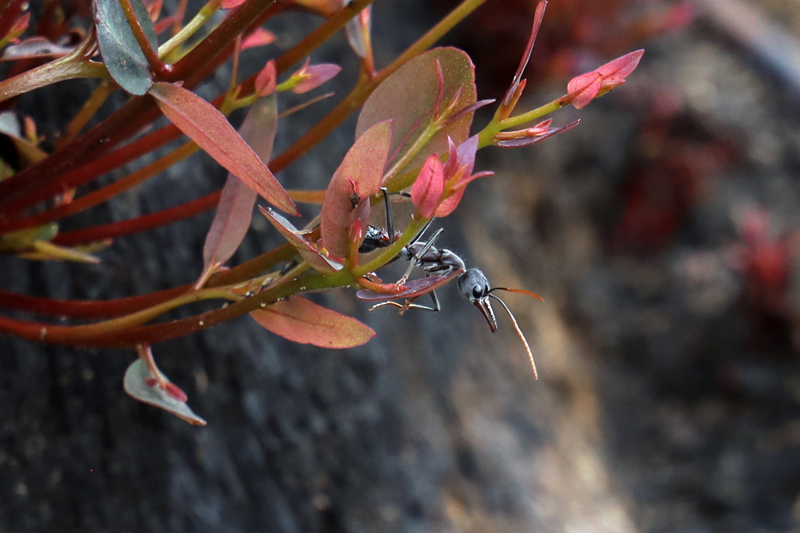 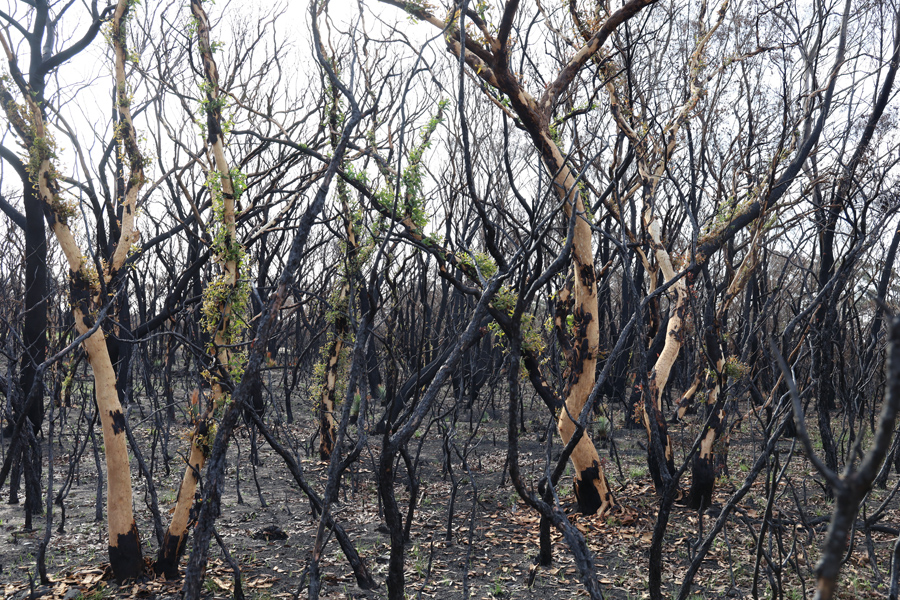 The green began to come back quite quickly. Often a particular tree would seem to wake up and surge back to life. I’ll write something here about the trees themselves some time.

I would usually first come across one of these ants climbing a burned tree. 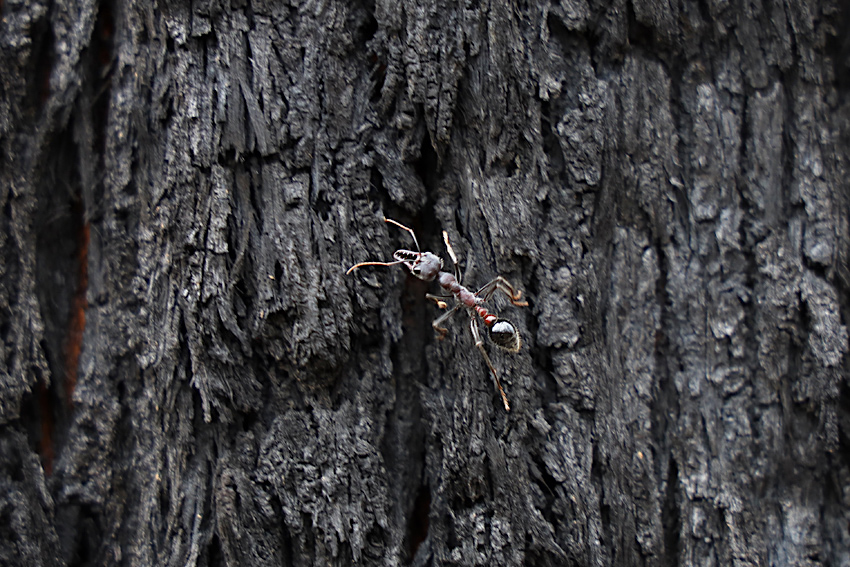 I’d follow for as long as I could. Unless I’m mistaken, they often have some preference for shoots and leaves, often pausing (for the coolness?) in areas of new life. 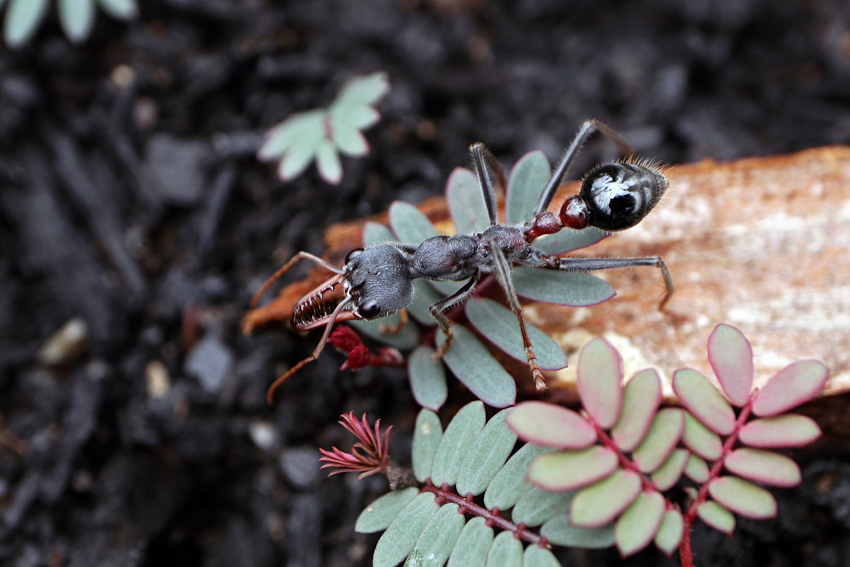 The ant above would have been well over an inch long. They look, and are, ferocious, with both needle-edged pincers and a powerful sting. They seem able to see me from some distance away. 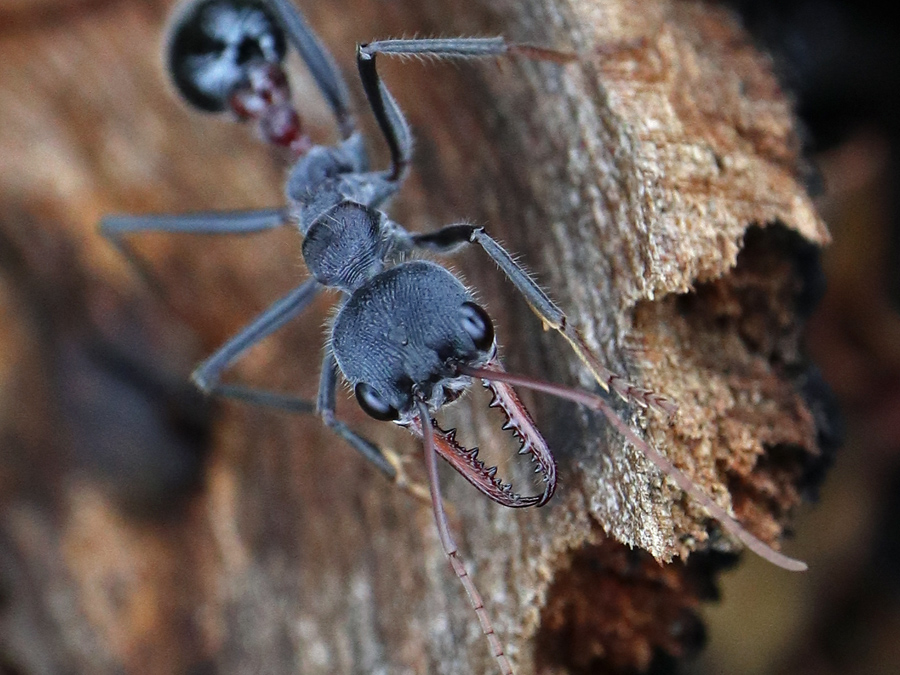 One would think that in their one-inch realm, they’d have things entirely their own way. Perhaps not. There’s a smaller ant species up there, orange-red with thick, sculpted limbs. 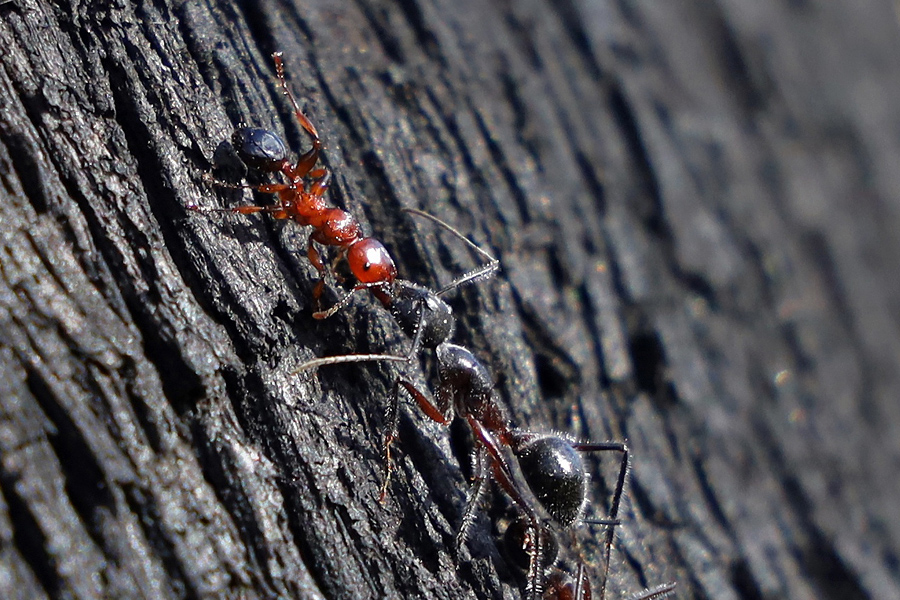 An ant expert, Dr. Ajay Narendra, tells me these are Podomyrma ants. I am not sure of the exact species here, but one kind of Podomyrma is called, wonderfully, the “muscleman ant,” after limbs of the kind I was trying to describe just above. (I should have just said: like a body builder). In the photo, a Podomyrma has seized a larger dark ant – not a Myrmecia, apparently, but another.*

In the video below, a single muscleman is hauling two larger dead ants straight up a tree. I thought the dead ones might be Myrmecia, but Narendra says they are probably not. Still, the muscleman (musclewoman, more accurately) is clearly not an ant to mess with.

The sweeping away of so much by the fires made these tiny dramas visible. They are slowly being submerged again by the returning green.

* The dark one is Camponotus, Narendra says.

*For long-time readers on this site: it’s been an interesting few months in the area of diet (newspaper report here.)

This entry was posted in Arthropods, Environmental. Bookmark the permalink.