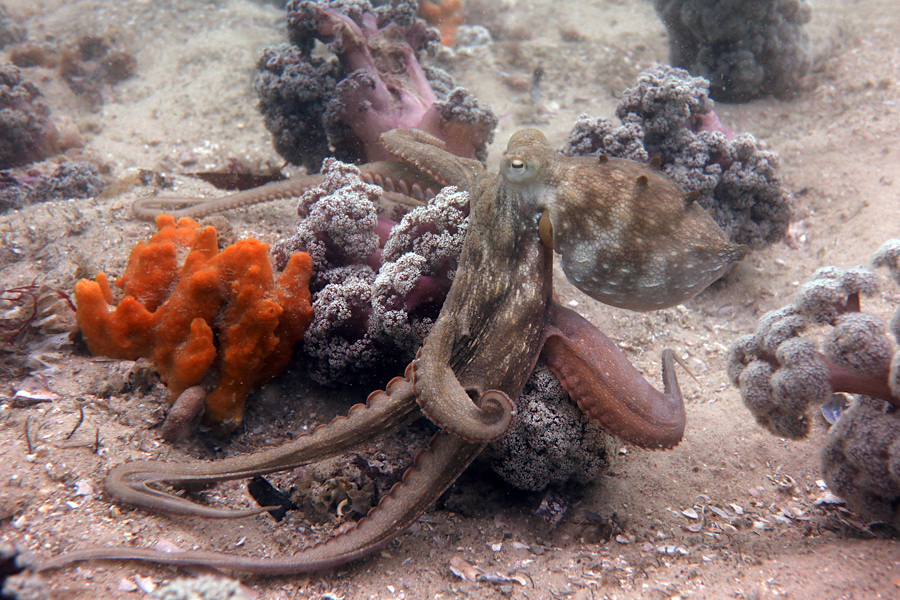 The images in this post include some of my favorite octopus photos, in part because they remind me of this particular octopus, who I came across at Nelson Bay on an afternoon rampage through a soft coral garden, scattering crabs, seahorses, and other octopuses left and right. I’d planned to use one or two of these pictures in the book I am writing to follow up Other Minds, but I think they are a bit too chaotic to end up there. So I’ll use them to accompany this post, a long-planned discussion of food, farming, and carnivory. 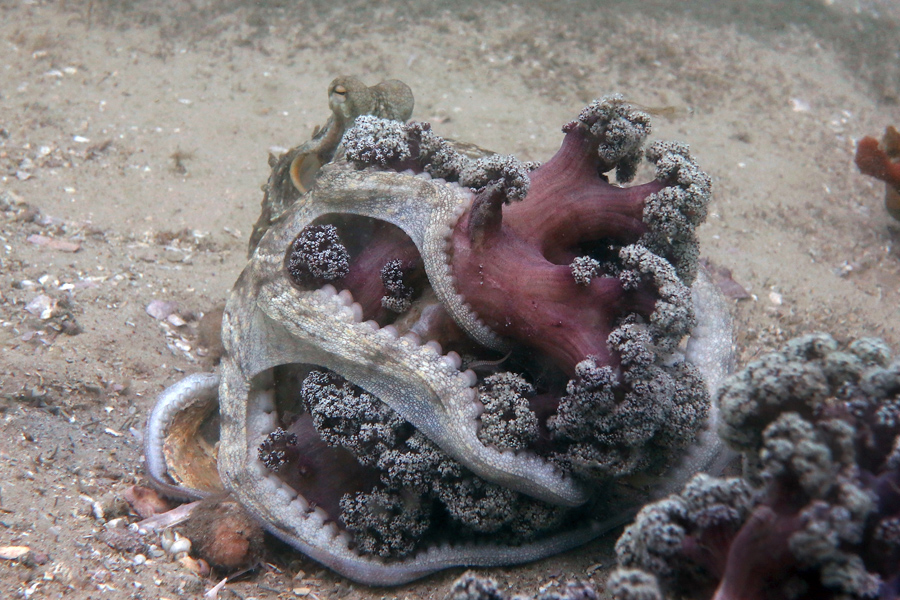 Last month I gave a talk to the “Effective Altruism” student group at the University of Sydney, and I used that as an opportunity to sketch out and work through these ideas fully, for the first time. The talk was called “Reflections on Food and Farming.” I thought I’d then quickly clean up the writing and post the talk here. In the end, it turned out to be a lot of work to get the ideas set out right, even as an informal first pass. I came away from it with a heightened admiration for people who write in normative ethics – the part of moral philosophy that tries to work out what we should actually do.

The full text is here. 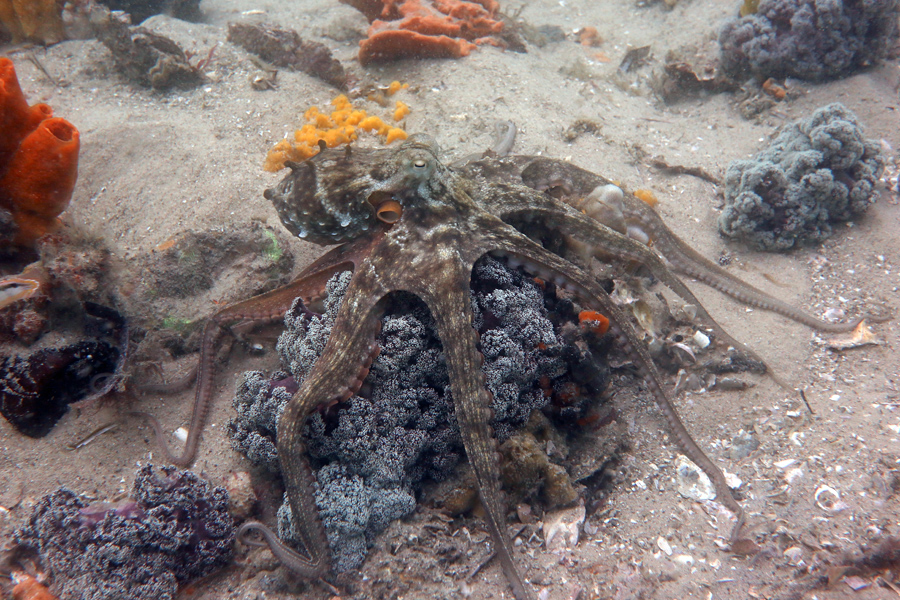 The talk reflected a number of posts and discussions on this site over the years. The previous post about octopus experimentation played a role. In that post I wondered about animal experimentation that is not physically very harmful, but might be objected to anyway. Looking further back, all the posts about farming and diet contribute to the picture.

I’ll give a quick summary of where I ended up. I suggest that we might think things through with two “rounds” of decision-making, where the decisions made draw on different kinds of materials, and disagreement is handled differently in the two rounds. 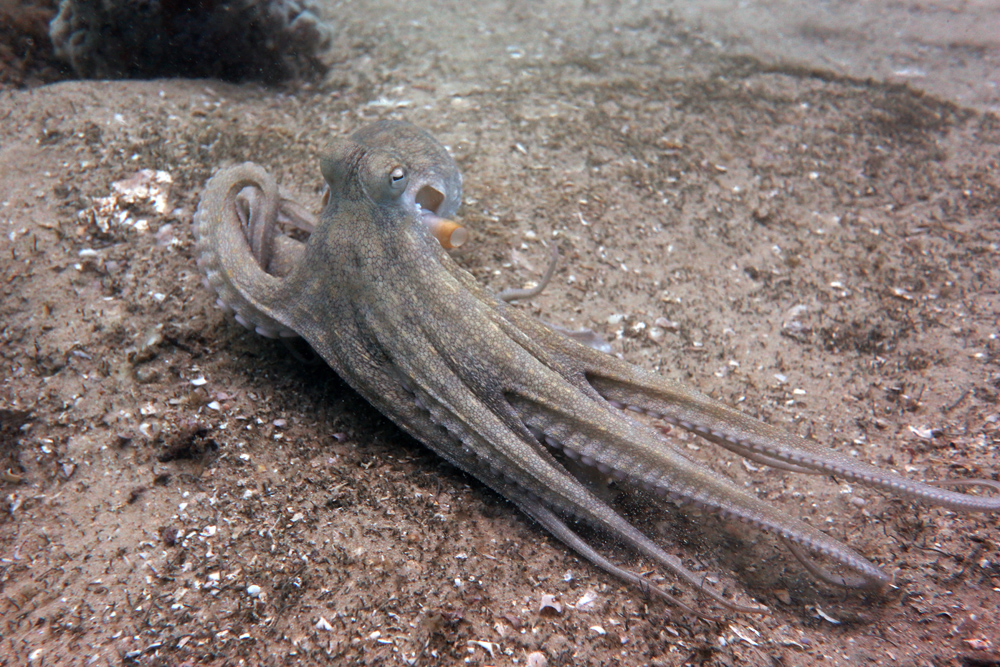 In round 1, we confront the fact that the lives of a great many farm animals are lives dominated by misery. I think it’s possible to work towards a consensus on this fact, a consensus that can motivate political action to change the rules. As in a couple of earlier posts on this site, I make this case by looking at the distinction between a life worth living and one not worth living. Factory farming is giving huge numbers of animals lives that are not worth living – those animals would be better off never having lived at all. This can be a point of agreement between people who differ on many other issues, and on that basis reform is possible.

A lot of people who think this sort of thing would now add that any sort of exploitation of sentient animals is bad, and would note that in “humane” farming, killing is still an inevitable part of the deal. I think of the debate that ensues then as quite different from the first round, not just because it is harder, but because different kinds of reflection and reasoning come into play. In the second round, we’re trying to work out what sort of relationships we should have with animals of various kinds, in a context where it’s assumed that the worst abuses have been rejected and there are no overwhelming considerations of basic welfare. Is it OK for us to see ourselves as custodians or stewards of some animals, controlling them but doing so in a way that enforces something resembling an agreement or contract (one they did not consciously enter into), in which there are benefits on both sides? Is it important, and does it even make sense, to try to accord animals’ lives with some dignity?

In these “round 2” questions, diversity of outlook is almost inevitable and political action seems perhaps out of place. Many of these questions are dependent on an importing of rich moral concepts (like dignity, exploitation, and betrayal) from a home in human social relations into a novel context of animal-human interaction. In the full text I offer my own views, as they now stand, on some of the round 2 questions,  including current thoughts about food.

Articles on these topics are appearing almost every day. The Guardian is continually probing these questions. Today a group of UK medics called for massive changes to policies regarding antibiotic use on farms. In an earlier post I discussed this as a way in – both practical and principled – to motivate reform of the high-density confinement of cattle. Without the drugs, the densities (and suffering) have to go down. The Guardian piece is most alarming in what it says about antibiotic use in the US – vastly more is used there than in the UK.

Elle Hunt, who I took diving when Other Minds came out, and introduced to an octopus and a giant cuttlefish, has a good piece from a few days ago about eating cephalopods. Quillette just published an interesting book review.

This entry was posted in food. Bookmark the permalink.