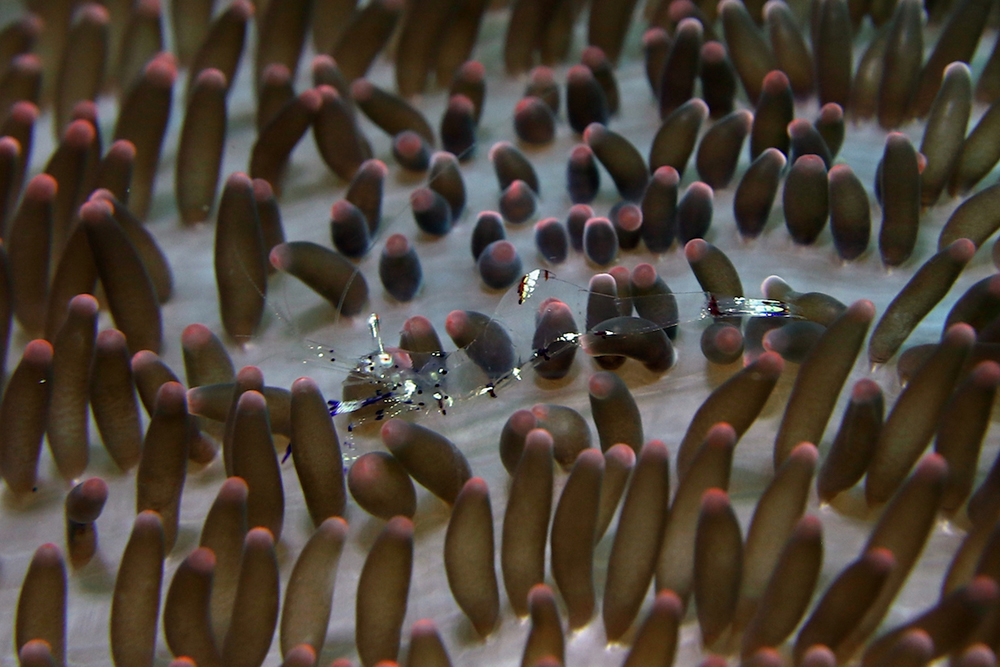 This is the second of a handful of posts about the animals of Lembeh Strait, in Indonesia. (The first was this one.) The animal above is a transparent anemone shrimp, Ancylomenes holthuisi (although it used to have the lovelier genus name Periclimenes, and some guides still use it). During my time at Lembeh I became increasingly entranced by these animals, in large part because of their near-invisibility, but also for their behavior. This post will feature a couple of short videos of these animals, along with more photos.

This is also the first post on this site for a while, as I spent the last couple of months finishing a book that follows up Other Minds. With that manuscript sent off, I will return to writing more regularly here. Readership of this site – and of others like it, as I understand the situation – has dropped off markedly over the past year. This has been partly due to the victory of the shortest of short-form media, Twitter and Instagram, but I note also that books are doing quite well at the moment, and I am also seeing more long-form journalism. That is encouraging, even if the “blog,” the format between them, is entering history. Despite this, I have some ideas to work through and this is a good place for them. Today, though, not too many words. Here is a first video. I think this is Ancyclomenes venustus, the Graceful Anemone Shrimp.

The most interesting behaviors there are the shrimp-anemone interactions. The shrimp does a rapid sideways double-wave – something these animals do a lot. It settles back, and the anemone, for no obvious reason, soon starts to nudge, probe, and fuss with the shrimp. This is a reminder that the anemone is a pretty complicated animal, too, not merely a plant-like setting for the shrimp.

In the second video, the anemone is more relaxed. The shrimp does some feeding in the middle of a gentle anemone hug.

Laura Bagge, of the University of Florida, has peered more closely arthropod invisibility than most. She has a couple of papers that describe mechanisms that work along with overall transparency to further suppress the visibility of the animals. I am starting to work my way through them. Here is one, and here is a good popular piece. Another paper describes how exertion tends to make the animals cloudy, hence more visible. We might see a little of that in this photo: 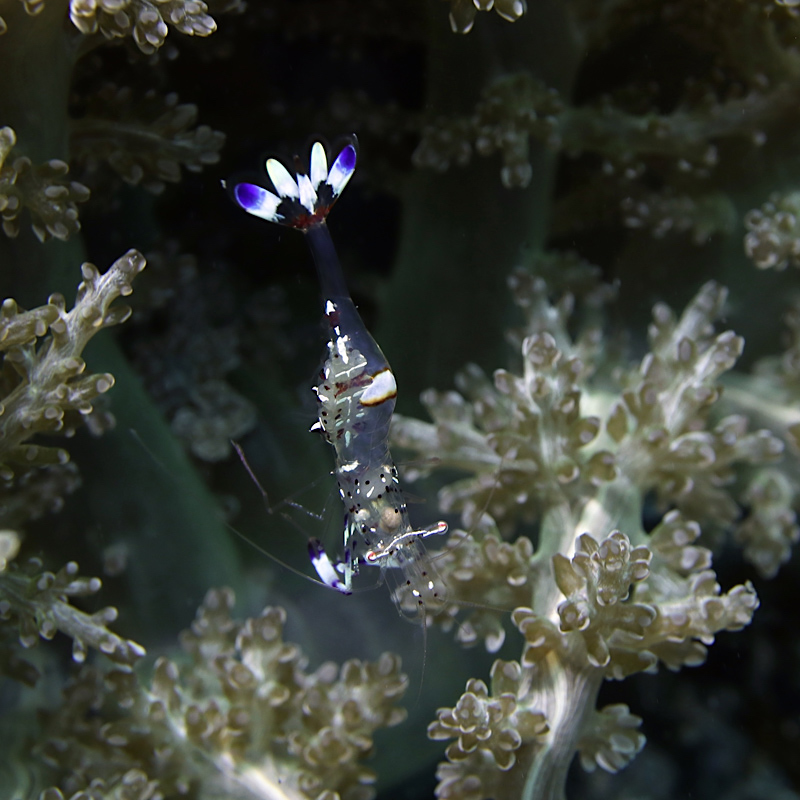 A couple of entirely visible animals can conclude the Lembeh arthropod posts. I think this is a Zanzibar Whip Coral Shrimp. 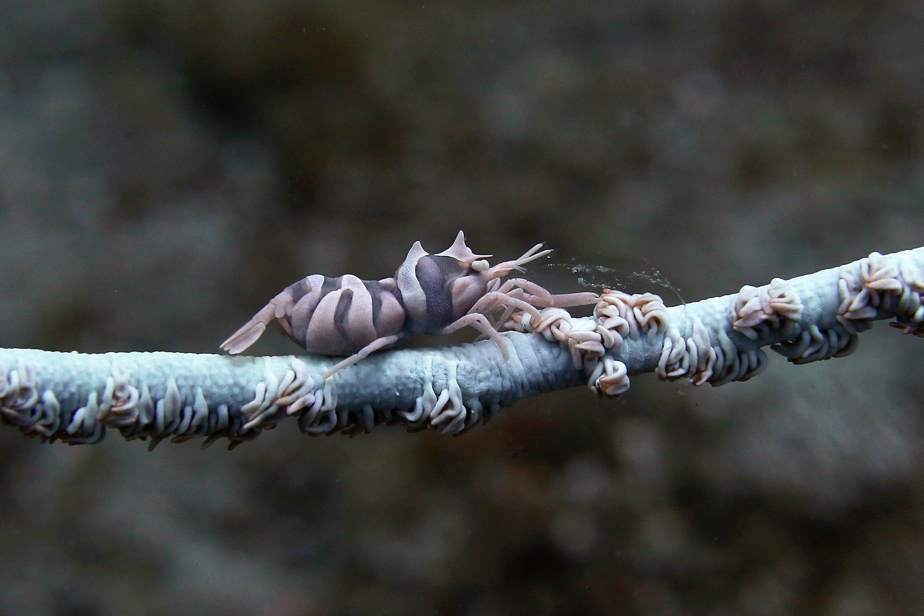 And this crystalline beast peering over a soft coral is a Candy Crab.* 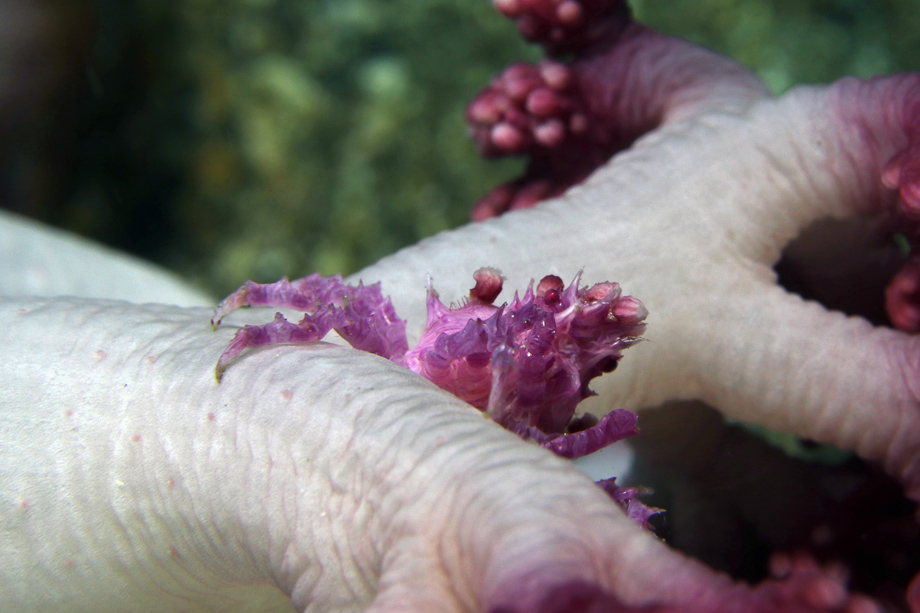 This entry was posted in Arthropods, Color, Marine life. Bookmark the permalink.