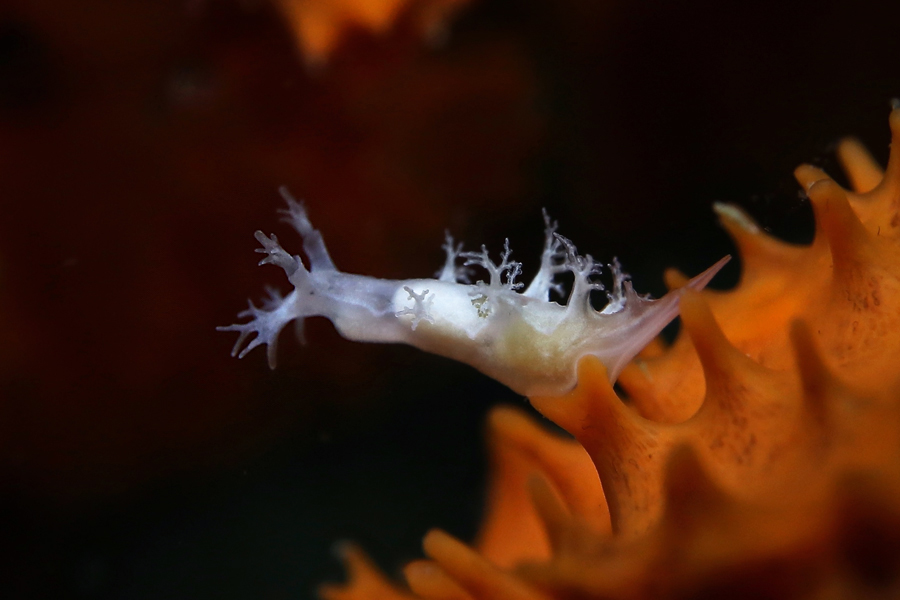 Many of the animals who figure in the text of Metazoa have a photo or drawing in the book as well. An exception is Tritonia, a tiny nudibranch who anchors a historically loaded mimicry-nexus at the end of chapter 3. I had hoped to include a Tritonia picture, but was never able to get one that was suitable.

I see them at Fly Point (Nelson Bay, NSW). They are not especially rare, though they do seem to be seasonal, and now is the time for them. But they are small – often about 3-5 mm, I think – translucent white, camouflaged, and quite elusive. After my first sightings a few years ago, Tritonia became a mild obsession. Here is one of the first, rather Gothic, photos I took: 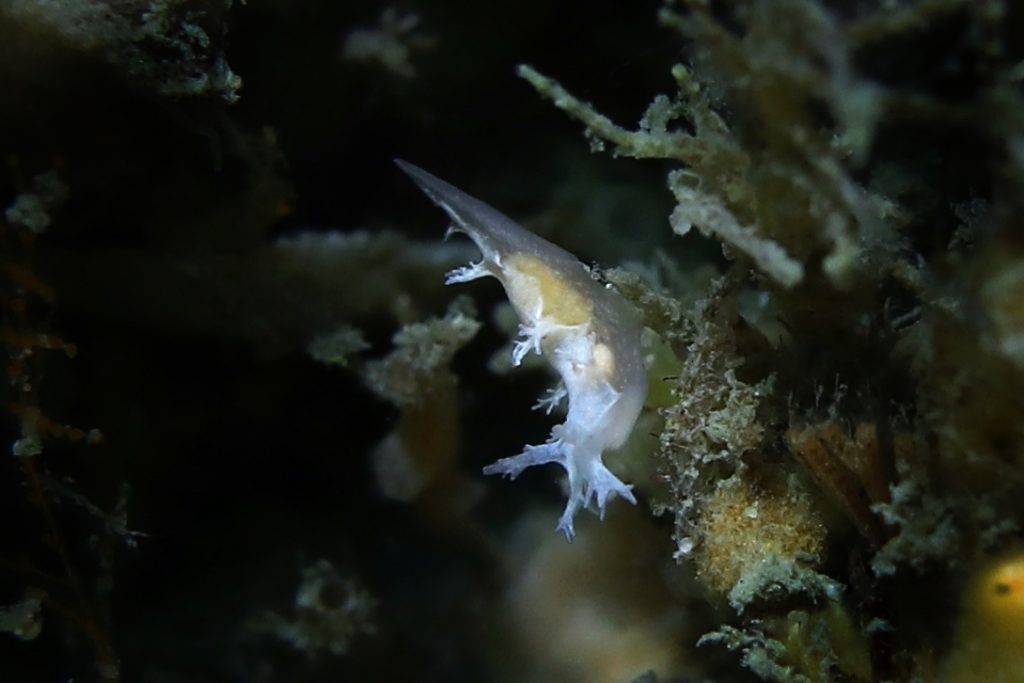 This species has not been scientifically described and has no official name. Tom Davis, who tracks Nelson Bay nudibranchs closely, refers to it as “Tritonia sp. 1 (Carijoa).” The reference to Carijoa derives from its apparent mimicry of a soft coral, Carijoa riisei. In this not very good photo, Carijoa is on the left, Tritonia on the right. 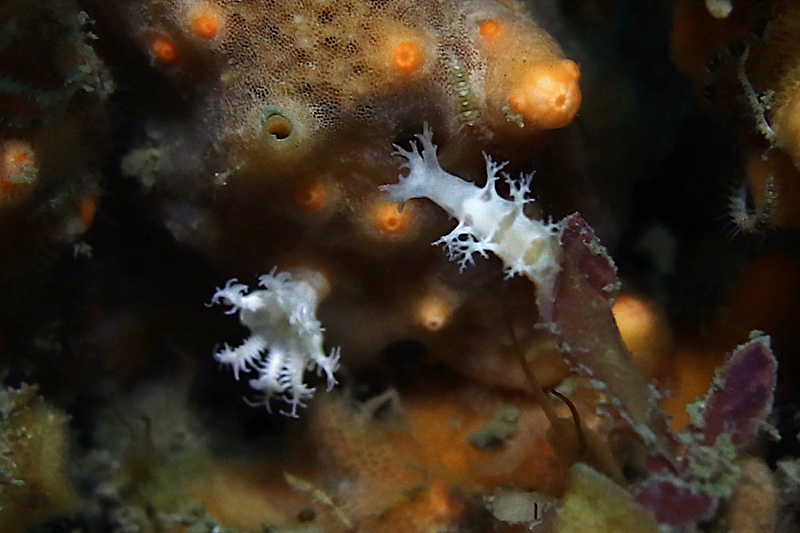 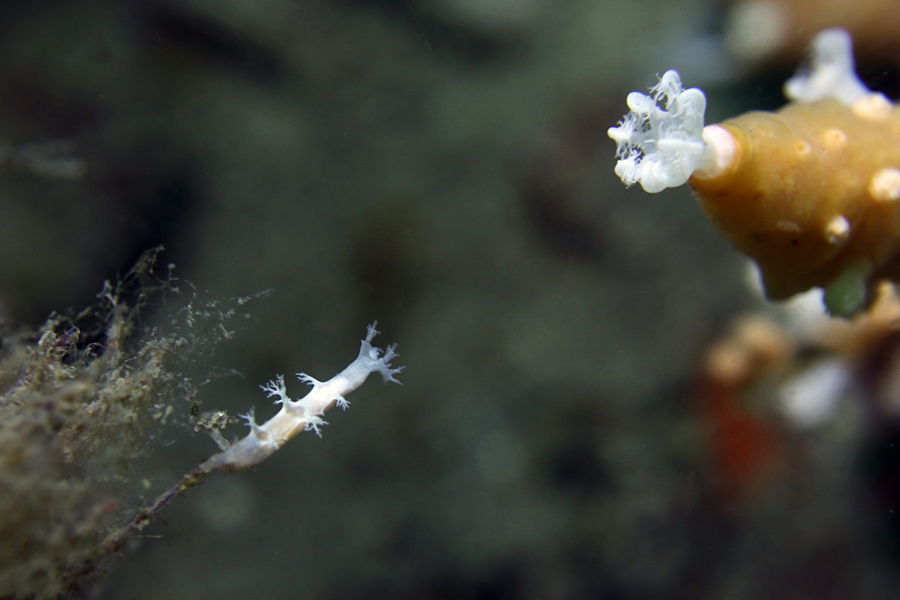 This September, as we entered the Tritonia time of year, I went out specifically looking for them. I had no luck at all, and eventually found myself thinking, as I made my way in to shore, that what I was doing was a little absurd. I was searching asiduously for something I could usually barely see – a 3 mm translucent white mimic. I thought: maybe I should move past Tritonia. Then a few weeks ago I was back in the water, no longer optimistic, and this time I came across a giant. 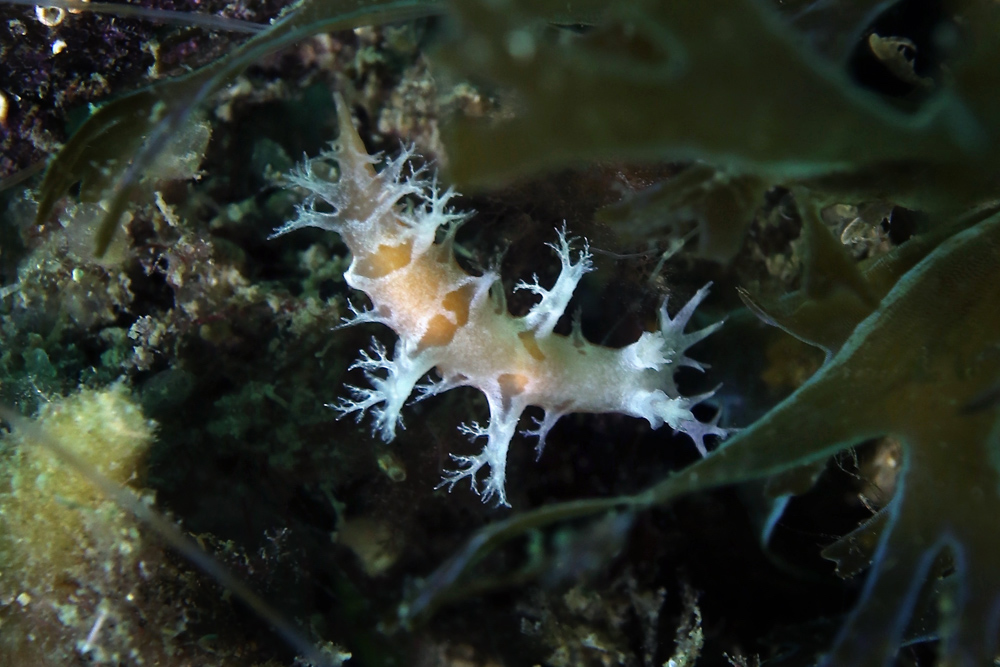 This Tritonia was about a centimeter long – massive. It was huddled in so much weed that again I didn’t get the photo I wanted.

Tom Davis is counting these as of the same species above. The orange-among-white is faintly visible, as yellow or orange, in some of the smaller ones. This is a translucent animal and we are looking into its stomach.

Then we reach today. Out in the Fly Point coral garden, just as I was once again telling myself not to obsess over Tritonia, there she was, small but especially beautiful, enthroned on a spiky orange sponge in the first photo above.

As well as those craning, reaching poses, Tritonias sometimes do curled somersaults: 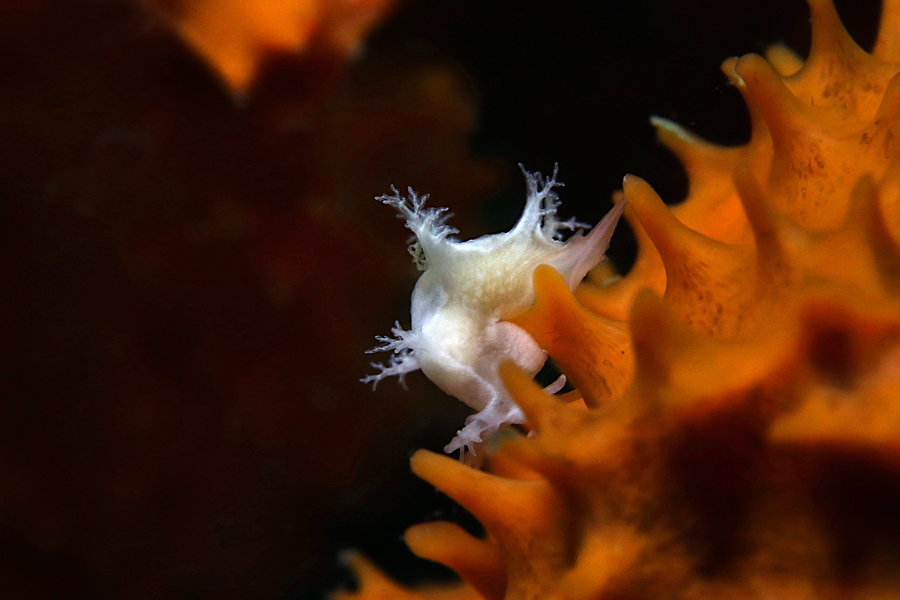 As might now be clear, the front of the animal is lower left; tail is upper right. And this Tritonia, as one or two others have, also turned toward me – to my camera light, which I was now using, though not too bright… 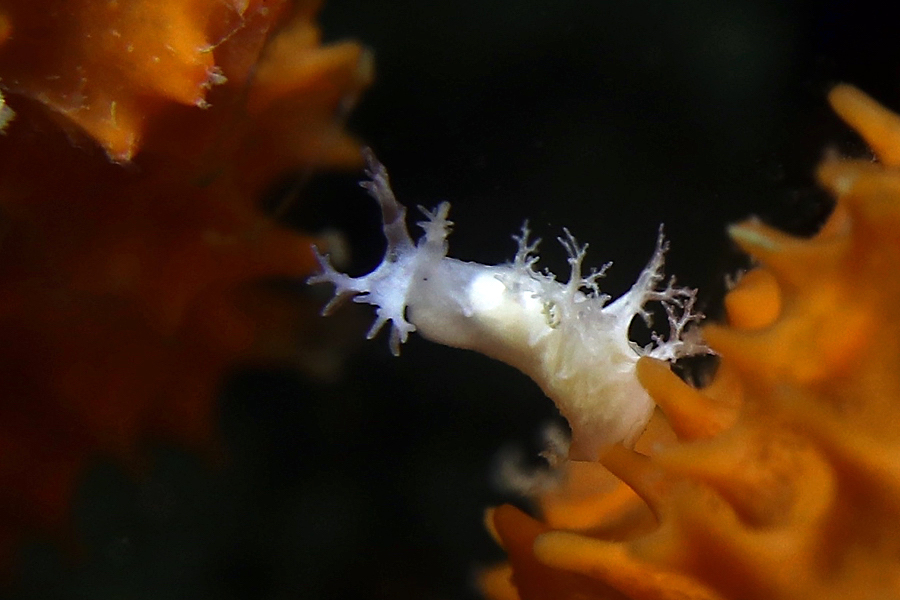 … and, with those tiny, low-resolution black eyes, tried to look back. 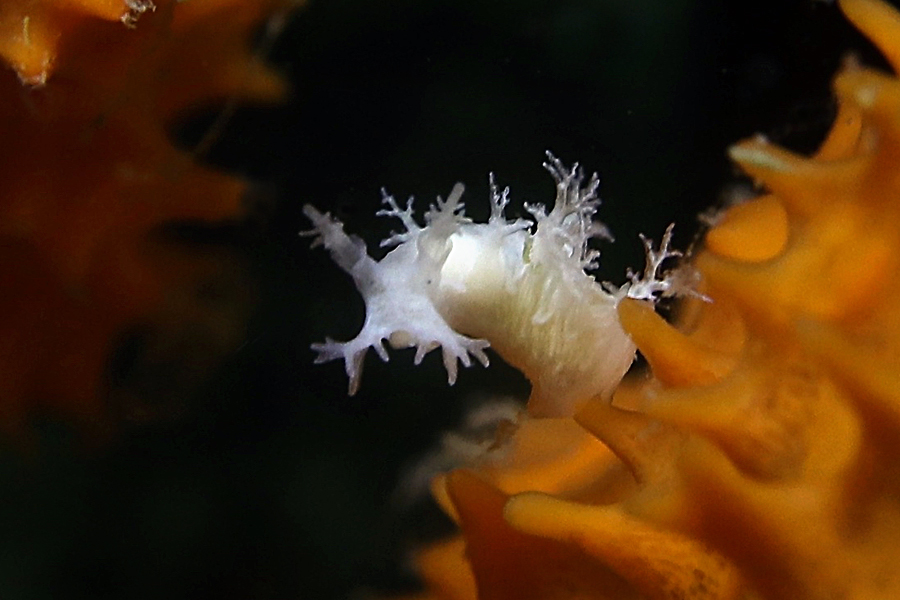 This page on Bill Rudman’s old site lists all the Tritonia species known at that time. Our local looks a little like this one, or this, or this voracious, surprise-attack predator.

The Nelson Bay Sea Slug Census that Tom Davis and others organize is here.

This entry was posted in Color, Marine life and tagged nudibranch. Bookmark the permalink.