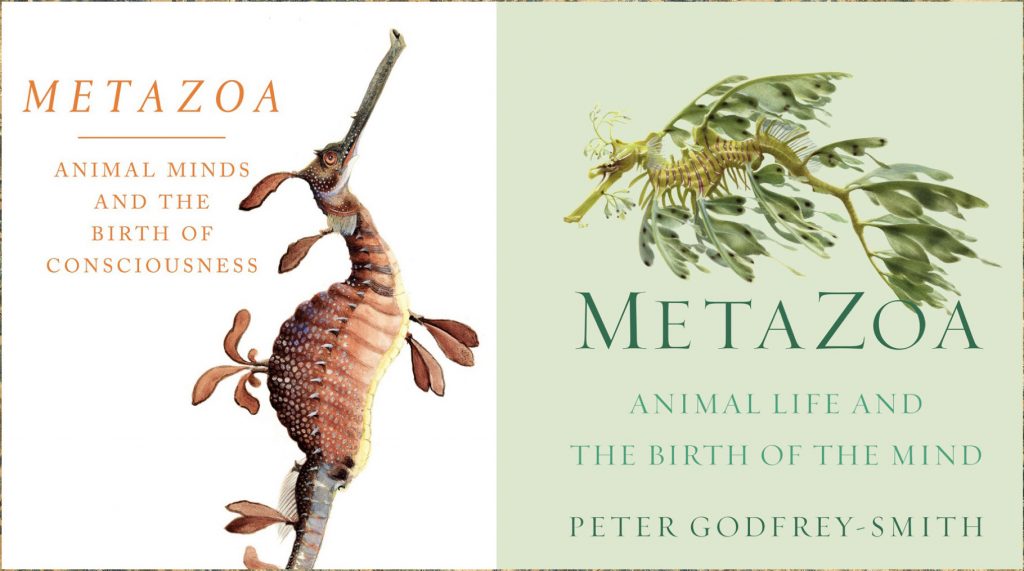 Metazoa has been released, in the US, UK, and Australia. This book is a follow-up to Other Minds, and closely connected, as the name indicates, to this website – a child of the site, in some ways. The US release is from Farrar, Straus and Giroux while the UK is from William Collins, and the two covers are combined above.

“Metazoa” is an old-fashioned word for the animal kingdom. The term was coined by Ernst Haeckel, a German biologist, philosopher, and illustrator who figures several times in the book. (An old post on this site celebrated the illustrations he did for several volumes documenting the Challenger expedition, seen at the marine station at Villefranche-sur-Mer in France.) As the title suggests, the aim of the book is to wander over many different branches of the animal kingdom, with an eye to the history of animal life and especially the history of action, sensing, and cognition – the history of the mind. The hope is that by means of his historical-aquatic journey, we can come to understand not just where minds came from but what kinds of things they are, and how they fit into the physical world.

The main text of the book is supplemented with a lot of notes collected at the end, not only giving citations but following trails and side-paths and dipping into tide-pools a little way from the main line of thought. At one point there were so many of these that they threatened to submerge the text itself, so some of them, along with new thoughts and images, will slowly make their way onto this site. The thing I’ll do first, though, is say something about those animals on the covers, and the artists behind the images.

Both animals are sea dragons, close relatives of seahorses, and hence fish within the large group called the Percomorpha, along with tuna, perches, and many others. Sea dragons themselves have only a tiny cameo in the book, but fishes are central. On the left, the UK cover has the weedy sea dragon, and the US on the right has the leafy sea dragon. Both are found only in Australia. I’ve seen the weedy quite a few times, mostly around Cabbage Tree Bay, and have never seen a leafy in the wild – I’ll have to make another trip to the very bottom of the country to find those. Here is a weedy seen a few months ago: 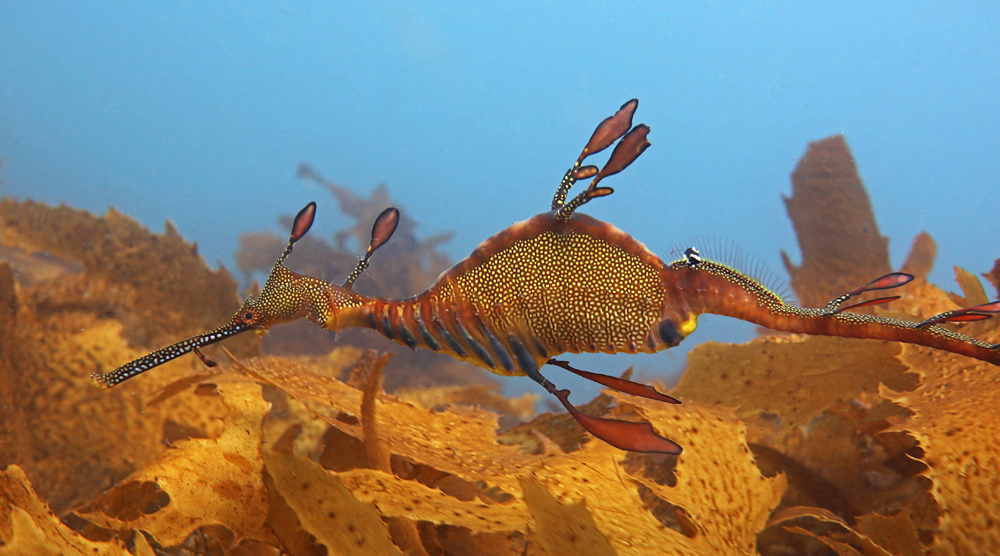 Both the images used also have stories behind them. The US edition’s image, the leafy, is by Roger Swainston. I’ve admired his work for some time, ever since I was given, as a birthday gift, a copy of his magisterial Fishes of Australia in its first edition (thank you, Kim). Swainston’s work is both meticulously accurate and extremely beautiful, and he often does some stages under water, on scuba, with pencils tethered lest they float away (click on the second image, the first small one, here for his process in action). It’s an honor to have his work on the cover of my book.

The UK edition, on the left, uses an image from a rather less reputable character.

William Buelow Gould was transported from England to Australia as a convict in 1827. He was transported for stealing a coat, but also had a prior conviction for stealing “colours” – art supplies. He spent his convict years, and the rest of his life, in Van Diemen’s Land, now Tasmania, some of it in special prisons for the most troublesome convicts. At one point he was assigned as a house servant to a doctor, and there he did his “sketchbook of fishes,” among other works. The sketchbook contains 36 watercolors of fish, anemones, sea slugs, and other animals, including what is labeled a “leafy sea dragon” but is the species now called a weedy.

Gould’s prison record includes many infractions and punishments, including time on a chain gang, days on the treadwheel, and 25 lashes. He drank a lot (a 1966 entry in the Australian Dictionary of Biography describes him, very much in 1966-ese, as a “confirmed drunkard”) and though he was eventually made free, he died poor in 1853.

Richard Flanagan’s wonderful novel Gould’s Book of Fish imagines, among many other things, his life. A short film about Gould and his sketchbook is here.

Crustaceans are another group with a pivotal role in Metazoa. Here is Gould’s freshwater crayfish: 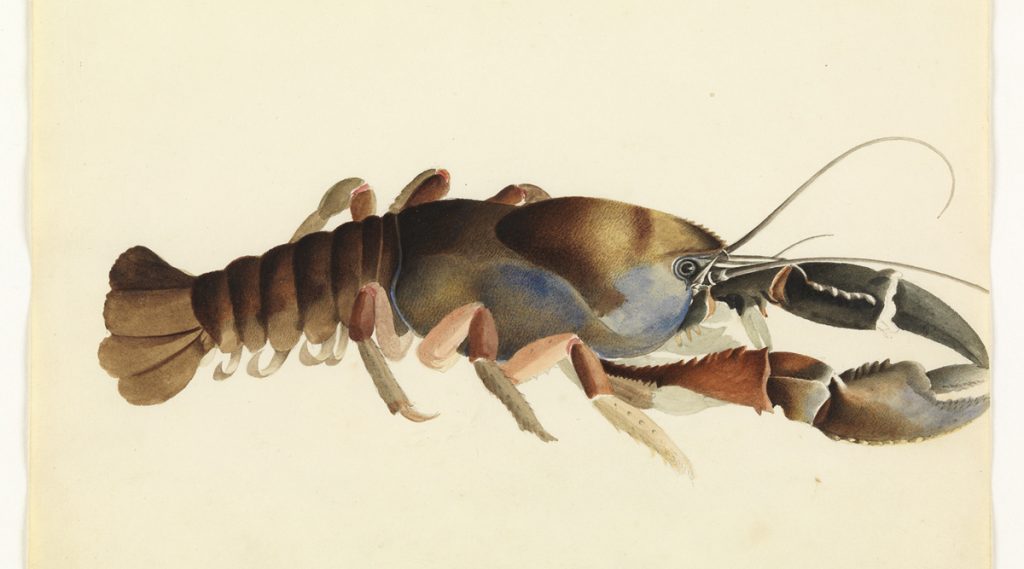 This entry was posted in Bodies and Minds, Tree of Life. Bookmark the permalink.