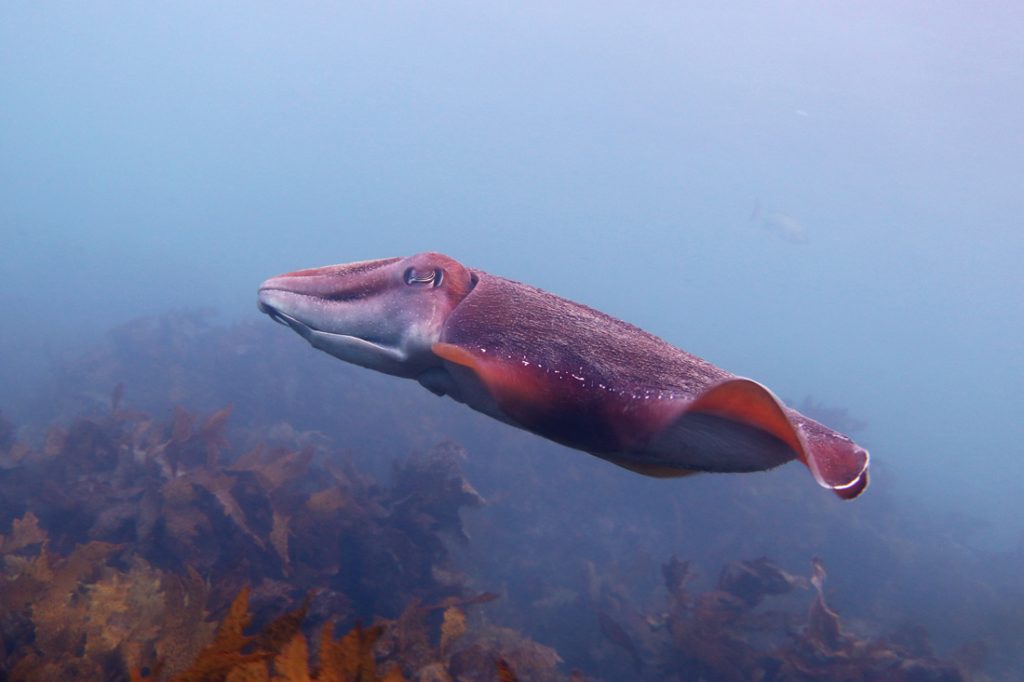 A couple of weeks ago I did my first dive for a while at Cabbage Tree Bay, in Sydney. In a vague way, the bay has two sites, Fairy Bower and Shelly Beach, with a shallow expanse of sand separating them. Early winter is Giant Cuttlefish mating season. This one above, small but purposeful, was patrolling the shallows on the Bower side. I encountered him at the end of the dive, the bulk of which was taken up with a swim from the Bower to Shelly, and two other cephalopods encountered on the way.

The first was this octopus, over towards the Shelly side: 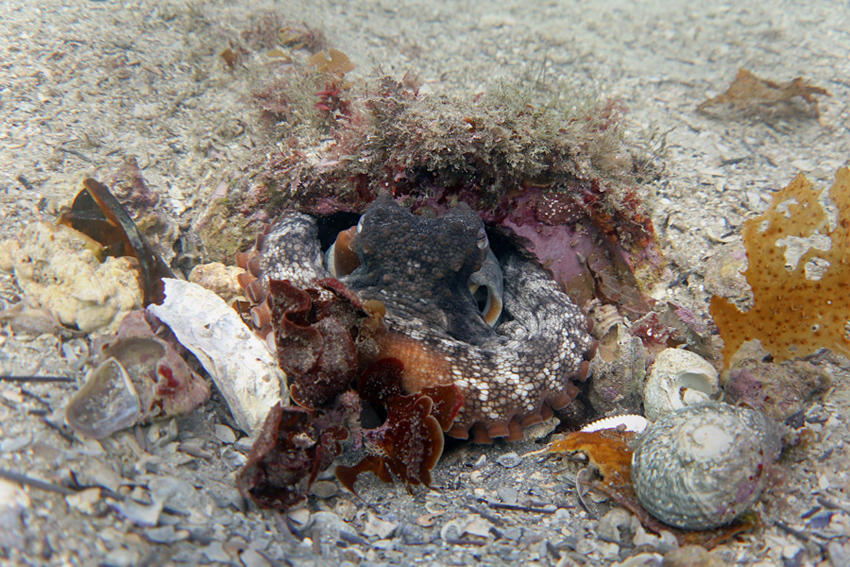 It’s not a great photo, but I liked the den. Perhaps I should have paid more attention to the piece of broken glass over on the left. Very soon after I arrived, she* made clear how she felt about me, first going a little darker… 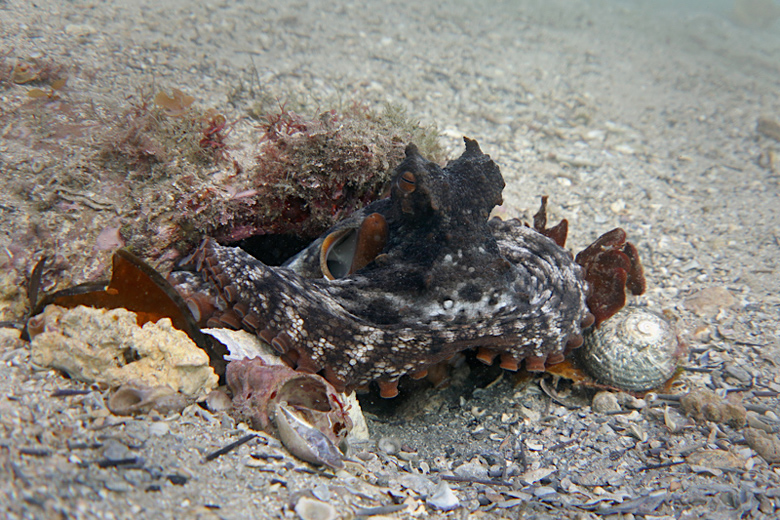 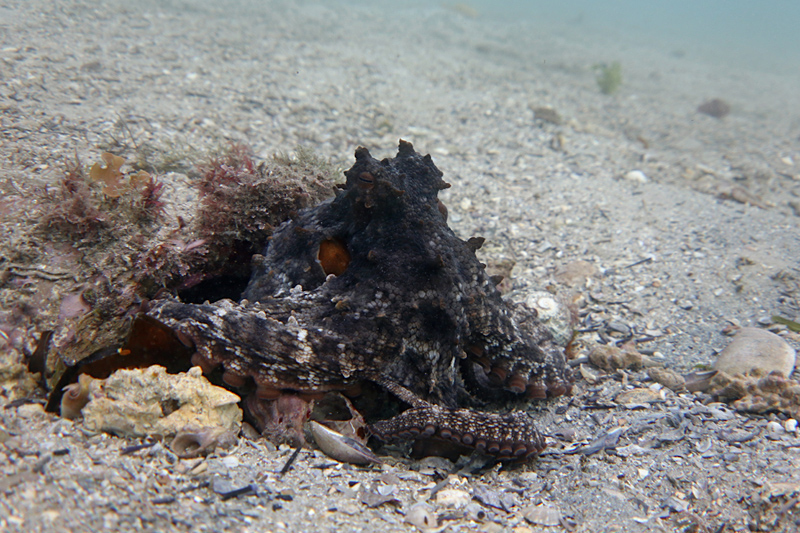 And finally coming out at me.. 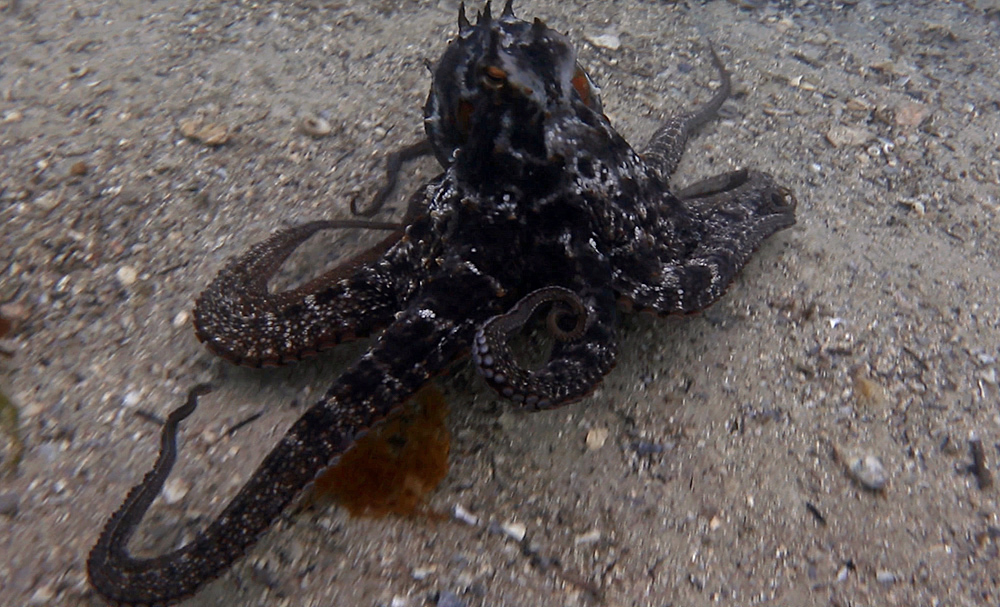 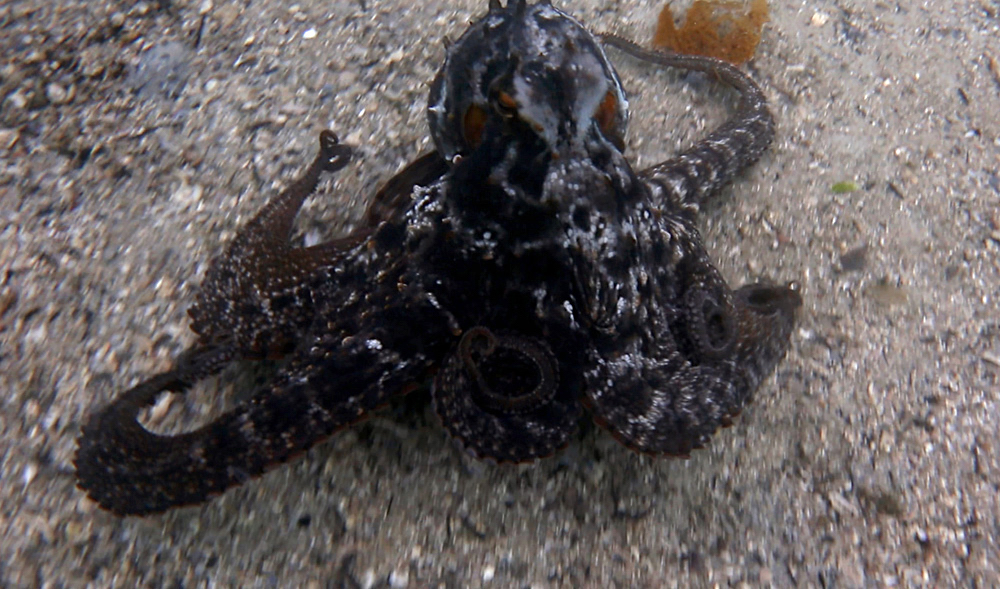 On the way back, I came across another, in a similar den on the flat. 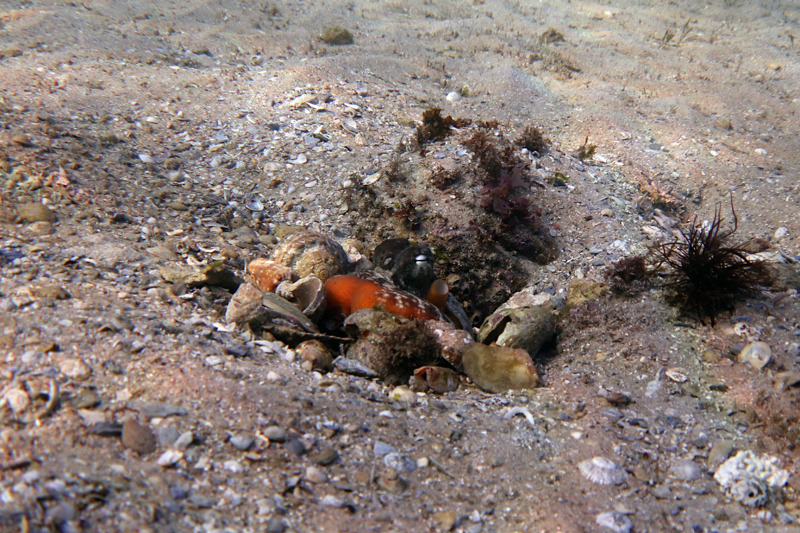 With a hint of wariness, again I came closer…. 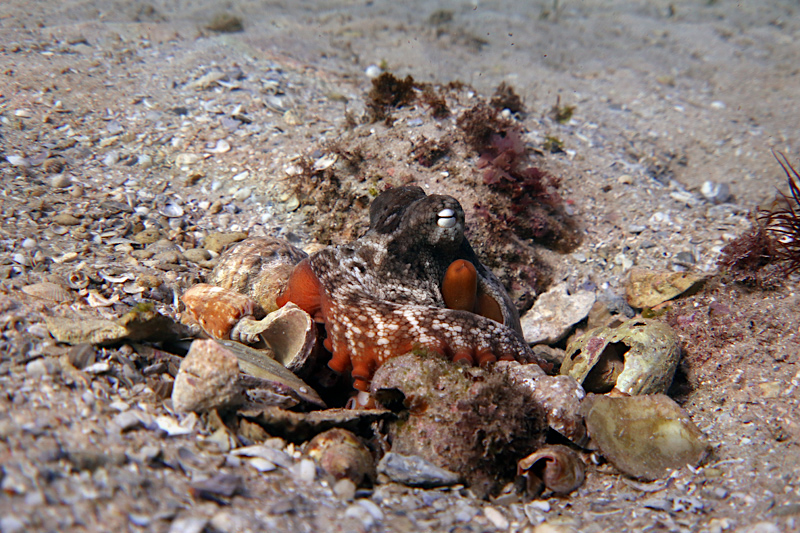 This one sat up, with interest, and watched calmly back. Full of that unique and charming octopus attentiveness. 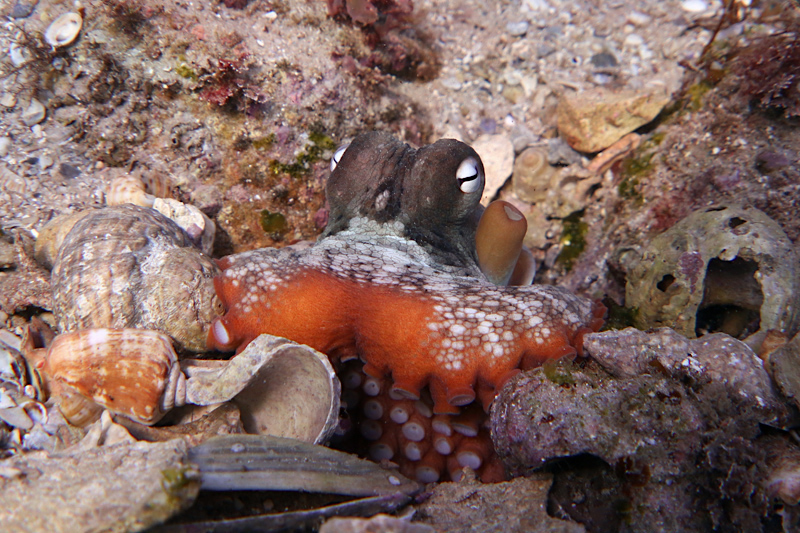 * This octopus turned out to be a “she,” as shown on a later dive. I initially had her as a “he” in this post. But she’s a she.

Unrelated: here is a great photo posted by Alexander Semenov.

This entry was posted in Cephalopods, Color, Communication, Octopus. Bookmark the permalink.