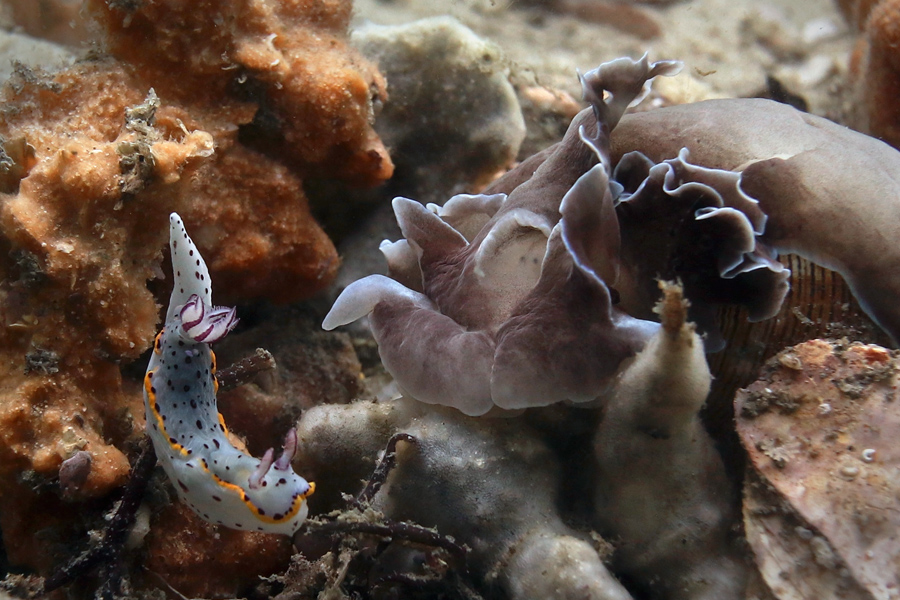 The slow-motion pace of this website over recent months is in good accord with this post, which chronicles an encounter between two gastropods under the sea.

On the left, above, we have Hypselodoris bennetti, a nudibranch; on the right, much larger, a Rose Bubble Shell, Hydatina physis. I came across them at Nelson Bay. The initial scene was like this: 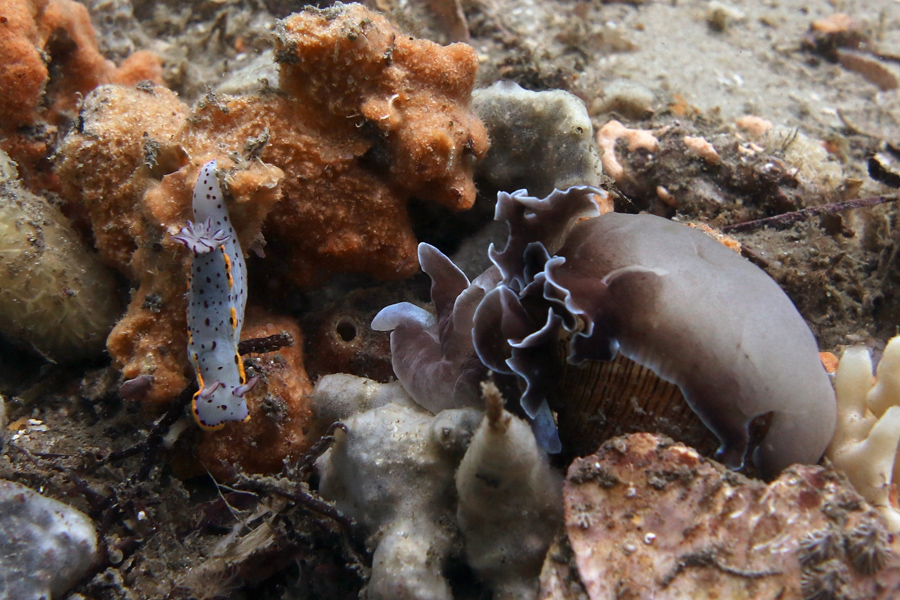 Two gastropods, minding their own business. But the nudibranch turned, and soon they were on a collision course, as in the first photo above.

Why didn’t I turn on the video? I should have, but there was a catch. The timestamp of the photo above was 18 minutes 6 seconds; that of the photo at the top, 18 minutes and 30. It had taken 24 seconds for the nudibranch to move about a centimeter, and the bubble shell much less. Soon their paths were set, and a collision was inevitable, but it was a very, very slow process. 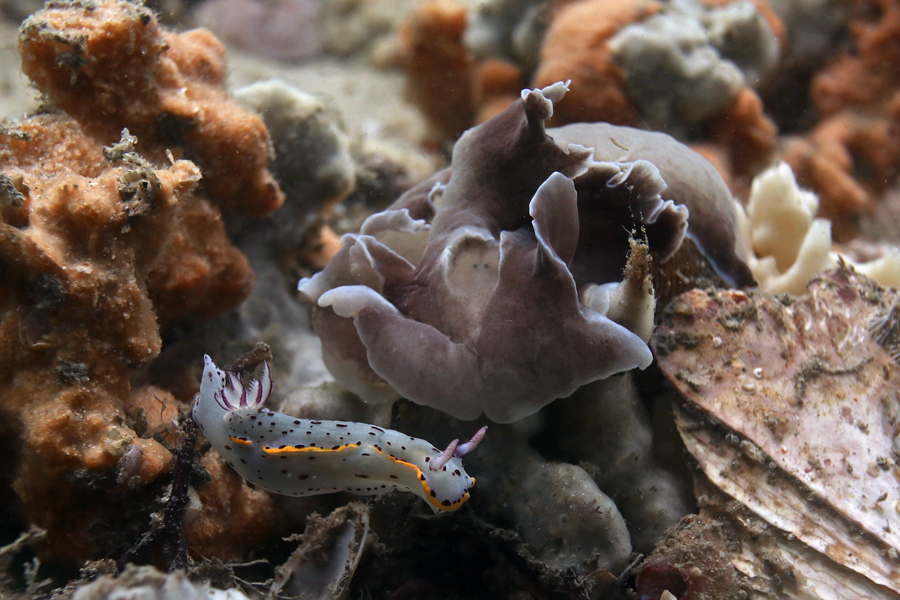 Bubble shells are referred to as snails, but they are midway between slug and snail. Both species are hermaphrodites. Both protagonists do have eyes, but gastropod eyes are rudimentary. We can’t even see those of Hypselodoris, and the bubble shell’s eyes are those two black dots between the face curtains. Both animals probably navigate mostly by smell and taste.

The nudibranch did twist away for a moment…. 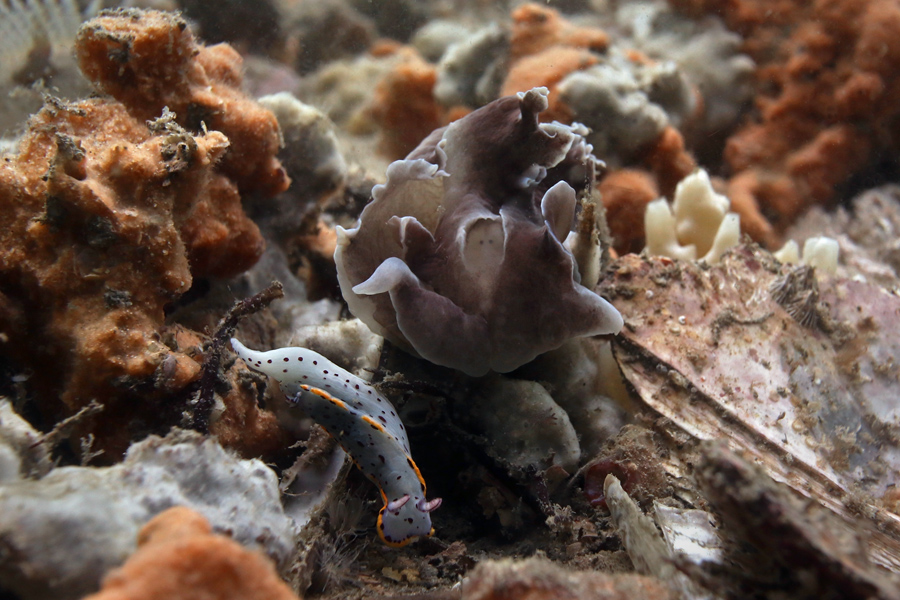 But I doubt that s/he had any inkling of what was coming: a luminous, pillowy bulldozer. 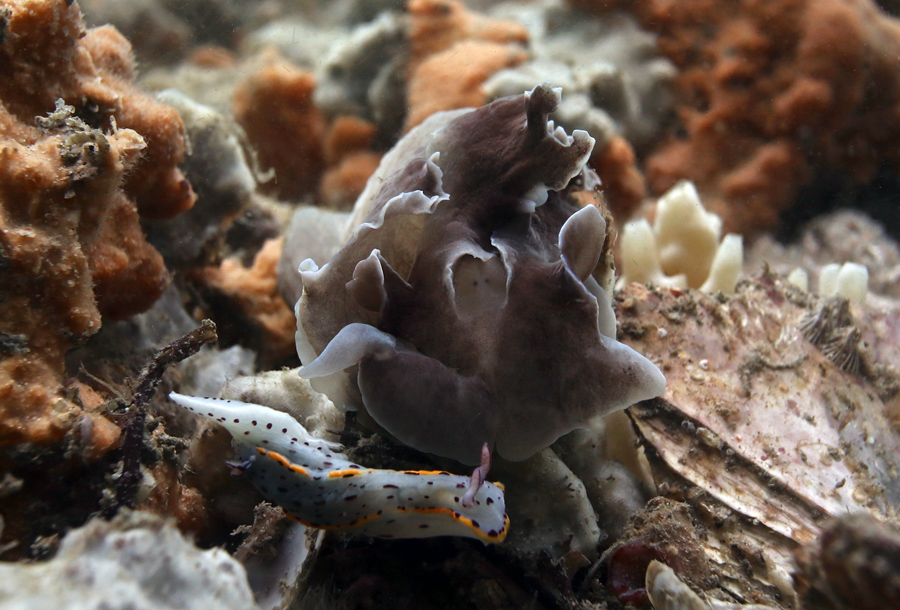 Then, about 40 seconds later: 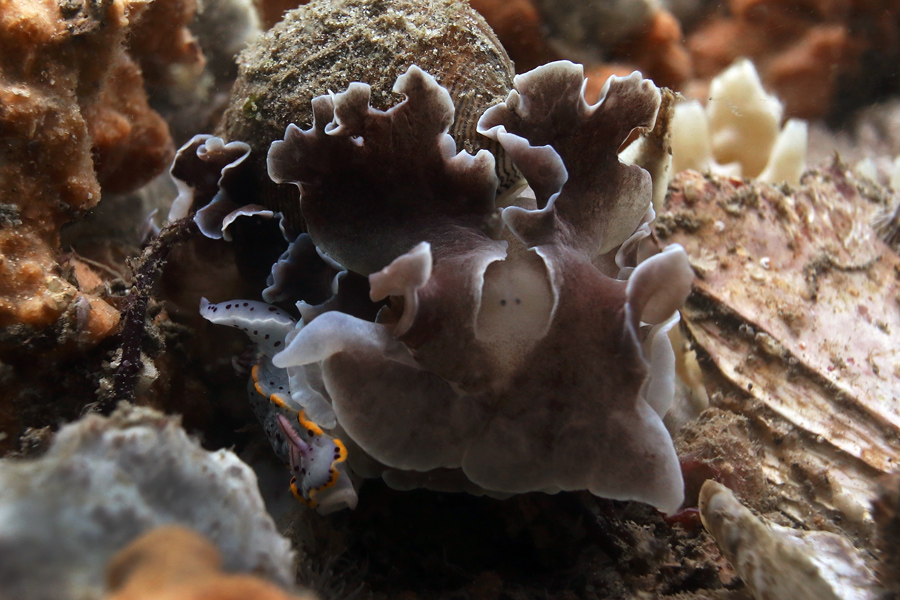 The bulldozer arrived. They had taken over two minutes to move a couple of inches. 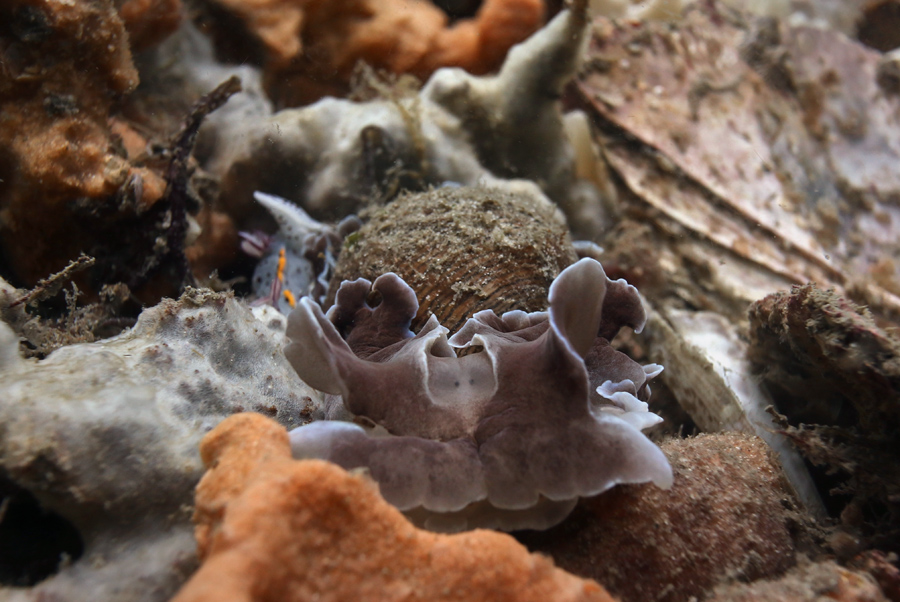 And then: a puzzle. I think I remember the aftermath, with the two going on their way and Hypselodoris unharmed. It is quite a strong memory trace. But I have no photo of it, and am surprised I didn’t take one if that is how it went. There is a gap in the photo sequence after that shot just above, and then my attention is taken by an octopus nearby. This particular octopus turned out, as I followed him, to be an important photographic subject (figuring, in color, in the forthcoming sequel to Other Minds). 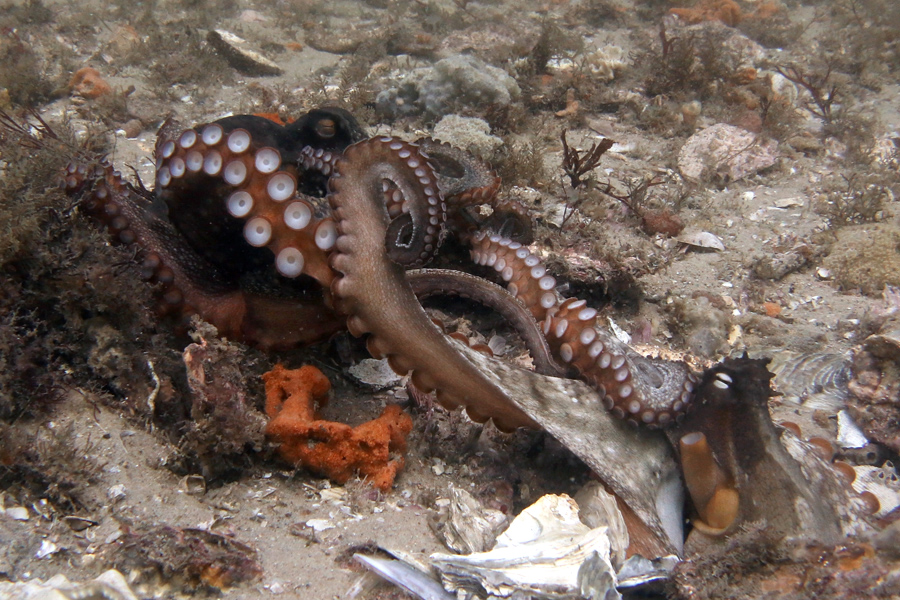 Perhaps in the midst of the octoshoot I glanced back and saw the outcome of the gastropod collision, but did not, for some reason get a photo. That is my best guess, but the matter remains a small mnemonic conundrum.

This entry was posted in Color, Nudibranchs. Bookmark the permalink.