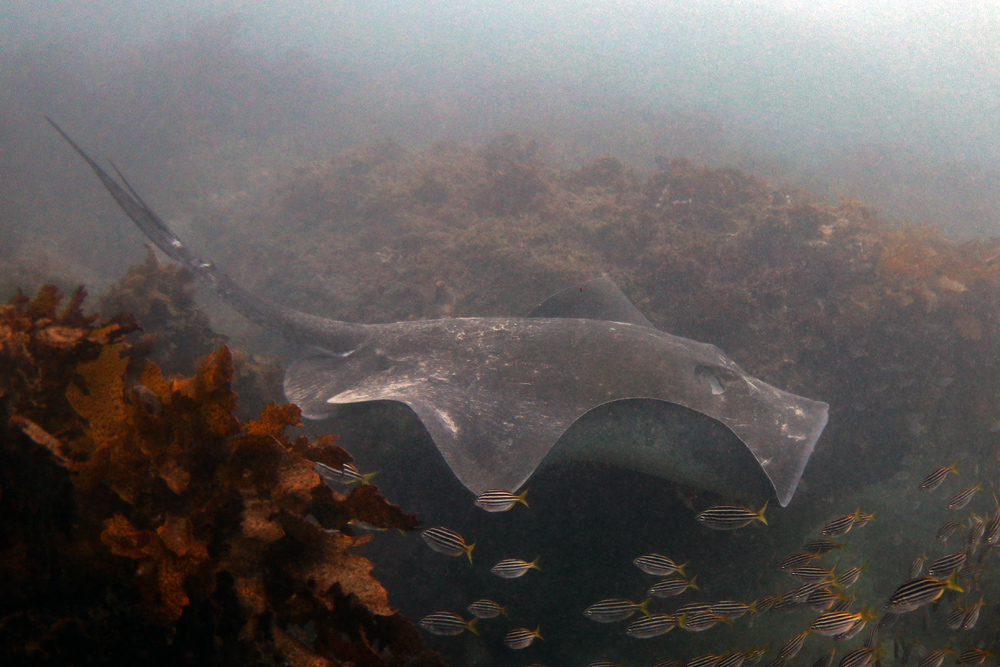 This post has some more photos from Cabbage Tree Bay in Sydney – from the Fairy Bower and Shelly Beach sites. Most are from the same dive, last month, as the previous post. The first animal I saw, starting out on that dive, was the beast above.

There are two species of large rays found in this stretch of coast, the Smooth Stingray and Black Stingray. They look similar but have different personalities. Black Stingrays, which we more often see further south, are placid, self-absorbed giants. Smooth Stingrays are not quite so placid. It was a ray of this kind that killed Steve Irwin, back in 2006. They seem more attentive, more watchful, than other large rays, and they bring that tail over their heads like a scorpion when irritated. I’m glad to have seen that last pose only in photos.

I am pretty sure this is a Smooth Stingray (short tail, no thorns on the back). It was impressively large, though probably nowhere near the 7 foot disc and 700 pound upper reaches for this species. The impression of size was accentuated by coming across it in the rocky shallows, with showers of small fish zooming around and beneath it. 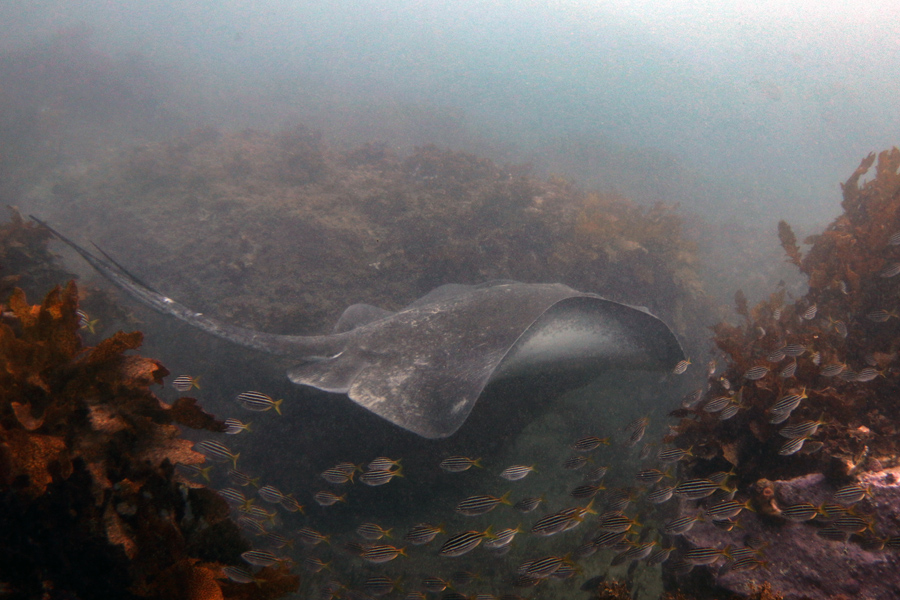 After that encounter, I swam across and met the three cephalopods described in the previous post: the aggressive Darth Vader octopus, the friendly octopus, and the thunderbird-like Giant Cuttlefish. A few weeks later I did essentially the same dive again. After getting slightly lost (though in a safe place to be lost) on the way back, I relocated myself by coming across the same octopus who had chased me off in Vader-esque colors on the previous dive. This time, that octopus was in the middle of a mating.

The male is smaller, and some distance from the female’s den. The female is probably the same octopus as before – at least of similar size and in the same den, as can be seen from the piece of broken glass on the left. This case squarely fits a pattern I’ve seen over years in these octopuses, and given talks on in the past: when the male is small, he mates at long distance. When he is larger, he will come much closer. The obvious inference is that he is wary of sexual cannibalism, which has been seen in some other octopus species. The matings we see at the Octopolis site tend to be short-range with larger males, probably because small males have a hard time maintaining a presence on the site. My hunch – hard to confirm – is that “larger” here means larger in absolute terms, not larger in relation to the female. A large male will come close to an even larger female. This might be because they are safe at that size, or it might be that males have as hard a time working out the real size of other octopuses as I do, and use their own size as a fallible guide to the more important factor of relative size.

On that first dive, it was after the two octopus encounters that I met the other cephalopod jetting his way through the water column:

That’s his jet-propulsion device visible on the underside, below the eye. And that was the end of the dive.

In closing, one more shot of the ray who opened the show, here with a small homage to Jean Painlevé: 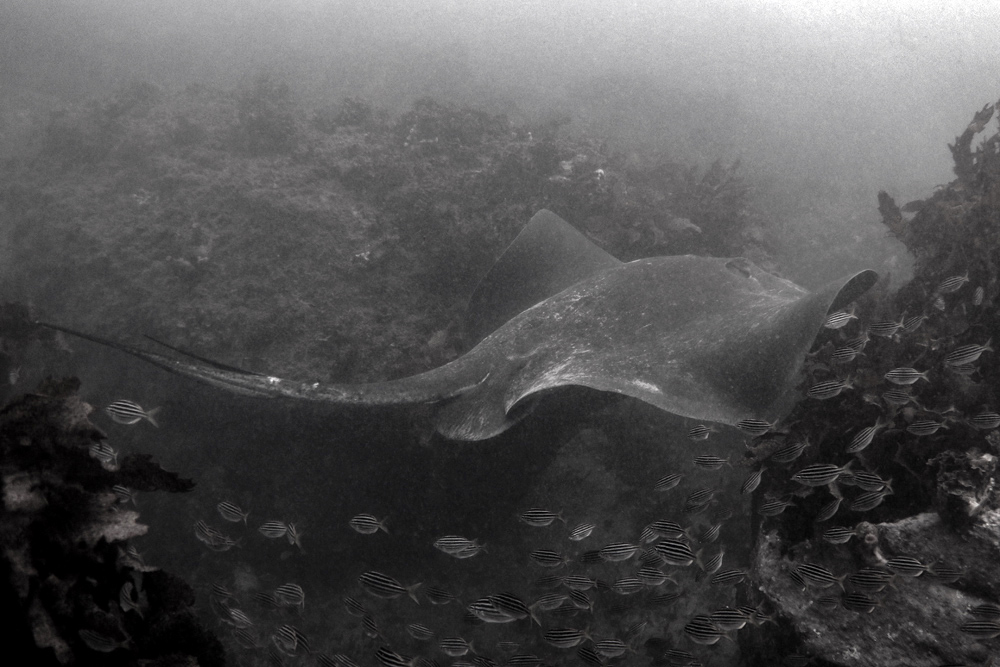 This entry was posted in Cephalopods, Marine life, Vertebrates. Bookmark the permalink.