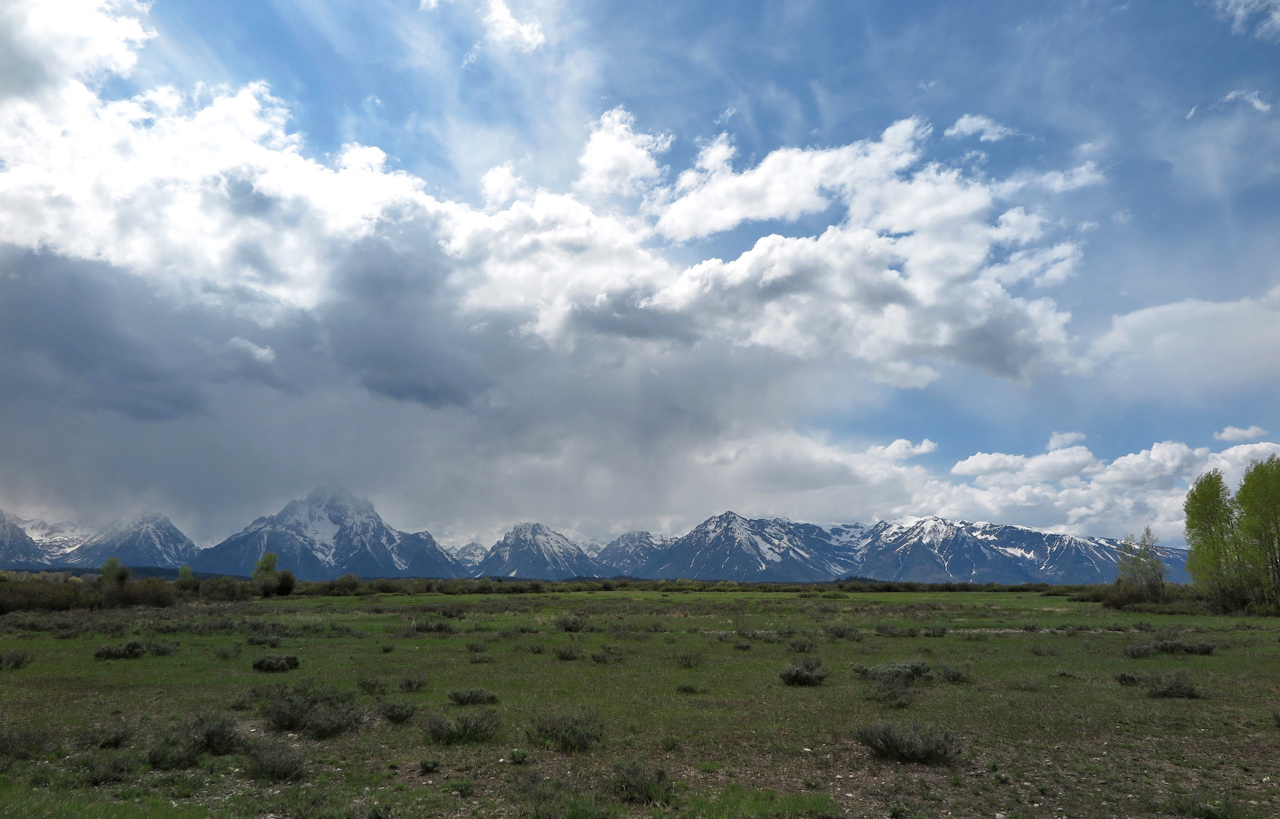 The photos are again from Wyoming and Montana. This is a last post (for now) about food and farming, following up this one and the one before. A few days after I wrote about the Montana conference, I read this passage in an interview with Dale Jamieson in 3 am magazine:

I think that by the middle of this century people will still be eating meat (though less), and their meat will mostly be produced in factories through synthetic processes, cell cultures, and so on. The idea that we would raise billions of sentient animals, treat them horribly, pollute our waterways with their waste, compromise the effectiveness of our antibiotics so that they grow faster, and then slaughter them with little regard to their suffering so that we can feed off their corpses, will seem to most people unthinkably cruel and barbarous—sort of in the way that we think of medieval punishments, or Europeans today think of the death penalty.

I agree with a lot of this, and certainly welcome the development of those synthetic options. The question I keep coming back to, especially on long western drives, is whether if all the sentient animals were removed from the system, none left in the fields at all, that would be progress. It is a self-serving response, I know, but I find myself thinking that the most humane forms of farming, including cattle farming, are worth preserving.

I then read a long article about beef by Michael Pollan, published some years ago now, in 2002, in which he followed a single animal from birth towards slaughter, starting on a cow-calf operation in South Dakota like the ones I wrote about last time, and ending in a Kansas feedlot. The article is superb. Everyone who eats beef should read it. It is also depressing and distressing in many places, awful at least from the moment the young calf is trucked from the South Dakota field to the foul sea of manure, drugs, and confinement that is the feedlot.

Pollan notes the role of several of the factors I isolated last time as things that could easily be improved in principle. One is the short lives of the animals:

[T]he modern meat industry has devoted itself to shortening a beef calf’s allotted time on earth. ”In my grandfather’s day, steers were 4 or 5 years old at slaughter,” explained Rich Blair…. ”In the 50’s, when my father was ranching, it was 2 or 3. Now we get there at 14 to 16 months.” Fast food indeed. What gets a beef calf from 80 to 1,200 pounds in 14 months are enormous quantities of corn, protein supplements — and drugs, including growth hormones.

Another feature discussed last time was the separation of calves from their mothers.

Weaning is perhaps the most traumatic time on a ranch for animals and ranchers alike; cows separated from their calves will mope and bellow for days, and the calves themselves, stressed by the change in circumstance and diet, are prone to get sick.

The third is life in the feedlots.

As one reads the article, one also gains a clearer view of why the situation is where it is, and where its weak points are. First, the feedlots run on various government subsidies. The passages below are from a website in which a no-feedlot cattle farmer answers some questions about his operation, and explains the higher cost of his products. Feedlots are used because they are cheaper, and they are cheaper because they require less space and can fatten animals quickly.

In the feedlots, thousands and even hundreds of thousands of animals are confined to a few acres. The real estate required to fatten that same number of animals on grass would be very costly in a land where real estate prices soar.

Yes, God does provide the sun and rain that grows the grass, but often the bank holds the mortgage on the land and the government likes the taxes on it.

If you actually do a cost analysis, you would find that corn is a good bit cheaper to feed than grass (huge government subsidies help this be so).

The subsidies are important, but perhaps the pivotal feature of the feedlot system is the role of drugs, especially antibiotics. The feedlot ecology, with its unnatural food and crowding, is a health nightmare for a cow. This would have immediate effects on the economic viability of the system except for the drugs pumped into the animals to keep them semi-healthy. Even the drugs have their limitations. As Pollan tells the story, the manure in a feedlot ends up full of dangerous, antibiotic-resistant bacteria, bred in the special evolutionary context fostered by feedlot conditions.

[I]t’s accepted that the animals will enter the kill floor caked with feedlot manure that has been rendered lethal [lethal to humans] by the feedlot diet. Rather than try to alter that diet or keep the animals from living in their waste or slow the line speed — all changes regarded as impractical — the industry focuses on disinfecting the manure that will inevitably find its way into the meat.

Crowding and fast weight gain make feedlots cheaper than pastures. But massive use of antibiotics is needed to enable animals to stay reasonably healthy in that context. If it was not legal to saturate animals in feedlots with antibiotics, they may not remain viable operations, and grass-fed beef would make economic sense on a larger scale. Public awareness of the dangers of overuse of antibiotics ebbs and flows. Laurie Garrett‘s book The Coming Plague generated a lot of attention in the 1990s, and she wrote about the effects on health of drug use in modern farming. Since then the issue has faded a little, but I assume it could easily become vivid again. Given the huge importance of preserving the efficacy of antibiotics for human use, this looks like a good place to apply steady pressure to the feedlot system. The result, one day, might have those cows once again spending reasonably long lives in fields. In the meantime, if we eat this food we should direct our money to people who give their animals a decent life and don’t contribute to the destruction of our medical system. 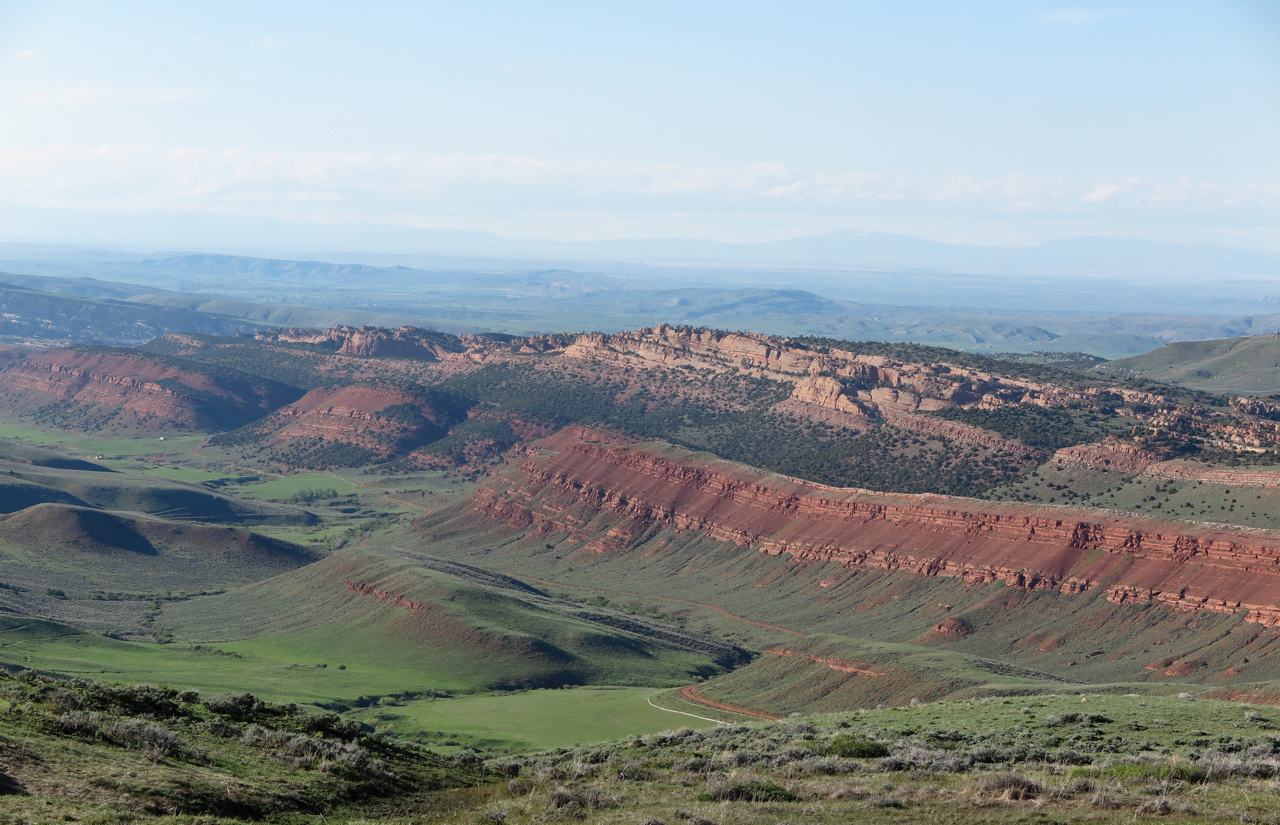 Here is a quick postscript to my food pyramid article, too. The New York Times a few weeks ago had an article about dietary fat which included some acknowledgement of the Teicholz book I discussed. The article, by Jane Brody, cited some new studies about dietary fat and issued anodyne advice of a familiar kind. You should eat “mainly eat plant-based foods (vegetables, fruits and whole grains), lean animal protein and fish and don’t go overboard on foods rich in saturated fats that can cause harm in excess.” Brody cites a huge recent observational study done by a team at the Harvard School of Public Health.

Looking at that study, with my very nonexpert but increasingly obsessive eye, I find the results hard to interpret in places, given how the data are laid out. But if the results are taken entirely at face value, as the paper presents them, then it finds no benefit from reducing overall fat in favor of carbs. What is beneficial is replacing some fats with others. Worst are chemically modified “trans-fats” – vegetable oils modified to behave like animal fats. Best are polyunsaturated fats. Second best are monounsaturated fats and third are saturated fats themselves. From the article:

Dietary intake of total fat, compared with total carbohydrates, was inversely associated with total mortality [that is, more fat meant less death]. However, the association between total fat intake and mortality largely depends on specific types of fat.

Although the modest positive association between SFA [saturated fatty acid] intake and mortality suggests small health benefits of replacing SFAs with total carbohydrates, replacing SFAs with MUFAs and/or PUFAs was associated with a significantly lower risk for total and cause-specific mortality due to several major chronic diseases.

The emphasis in the article’s abstract, and in Brody’s reporting, is the badness of the bad fats. But the study itself is also, in a very unheralded way, a further push away from carb-heavy food pyramids and advocacy of a low-fat diet. 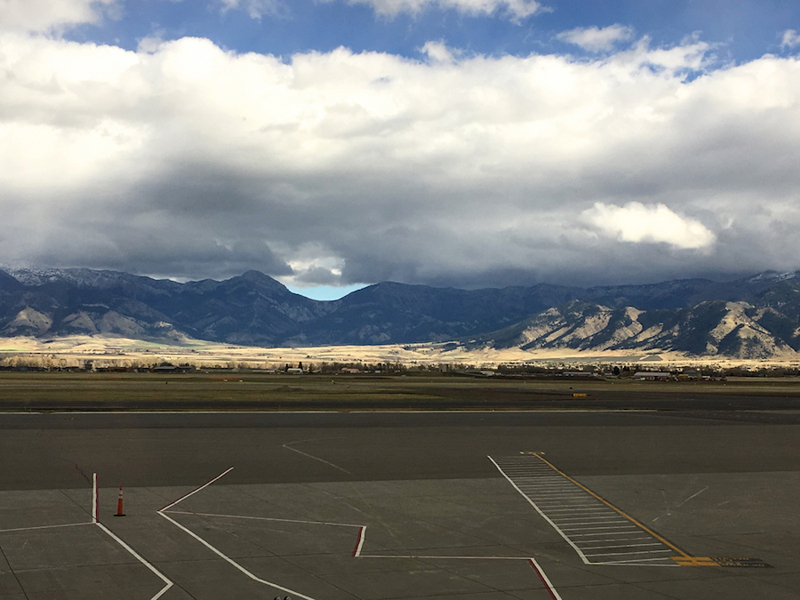 * In the time between this post and the last one, the 2016 US presidential election came and went. My view of what happened, and how progressives should respond, is very well expressed by Mark Lilla, here.

This entry was posted in food, Vertebrates. Bookmark the permalink.