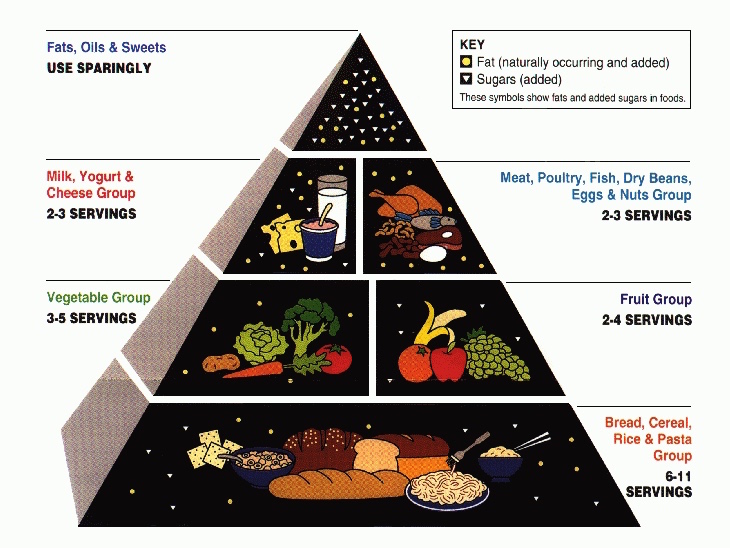 An occasional theme of this website has been food – who eats what – and the relations between our diet and the treatment of animals. I’ve just finishing reading a book about food and the recent history of dietary science and advice, especially in relation to fat, Nina Teicholz’s The Big Fat Surprise.

Early in the book I was reminded of a day, or more exactly, a moment, in 1998 or so. In the years leading up to that time I had tried hard to eat healthily according to the government-approved guidelines of the day. That meant a high carbohydrate and low fat diet. The advice was to get a half to 70% of calories from carbohydrates, some protein, and a bit of fat, but to avoid saturated fat as much as possible. A “food pyramid” summarized the guidelines. Above is the pyramid endorsed by the USDA between 1992 and 2005, (with dates via Wikipedia). The pyramid has a base, the largest slice, comprised of bread, pasta, rice, and so on. “Added” sugars are to be avoided, but you’re supposed to eat a lot of other carbohydrates.

I followed this advice with some care through the 1990s, and my health began to steadily decline, especially with respect to energy levels and overall sense of well-being. I had spectacular afternoon “crashes” for no apparent reason. I tried to get a lot of exercise and kept following the advice of the experts as well as I could. One day around 1998 I was driving along – I can remember the exact place, on El Camino in Redwood City, California – someone started talking on the radio, and I looked at the radio and thought: My God, they’re talking about me. An author was being interviewed about the “Zone” diet, one of the first unorthodox low-carbodydrate diets, and one that completely rejected the pyramid. It was not as extreme as some of those diets of the day (like the “Atkins” diet), and it was also complicated and fussy. But the Zone advocate was describing exactly how I’d been going downhill, and blamed it on all those carbohydrates.

Right away I began experimenting with diets that went against the rules – not applying the Zone or any other book-based diet, but simpler things. The change that had the biggest effect was to eat no, or almost no, glucose between breakfast and dinner. Fruit seemed fine, and it usually has a little glucose, but fruits like apples contain mostly fructose, which has a different pathway in the body. So no “starch” of any kind, and no refined sugar, after breakfast and before dinner. Breakfast was now big, with eggs, dinner smaller than before, with somewhat more protein and fewer carbs. This had an immediate effect. Before long I was fine, and ever since that time I’ve harbored a certain degree of anger towards whoever erected the 1990s pyramid and its high-carb regime. I thought: perhaps it is good for some people, but it made a mess of me, and my situation was only fixed by ignoring the experts.† This always felt odd for a philosopher who takes a scientific consensus seriously.

Teicholz’s fat book walks us back through those times, starting in the early 20th century and covering, decade by decade, how nutritionists in the US came to believe that fat is bad for you, especially saturated fat, and advised that a “prudent” diet should strip out a lot of fat and also a fair bit of protein, replacing these with carbohydrates. The book has its excesses and some weak moments, but its best passages are devastating. It is especially good in charting how the confident beliefs of a few people in the 1950s gave rise to a consensus, supported by government bureaucracies – and eventually by a lot of money from food companies, though that came a bit later. She is also very skilled in a describing the dietary establishment’s resistance to change as awkward data began to accumulate. 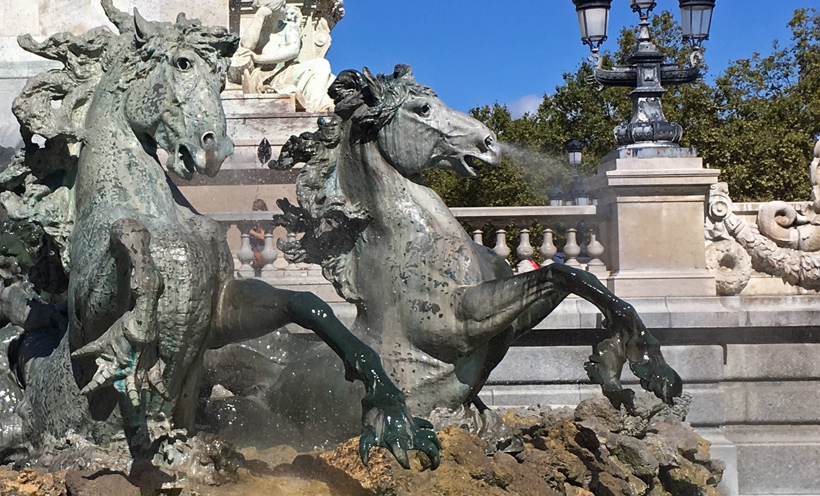 (I finished Teicholz’s book and wrote this post on the way to Bordeaux, France. Above is a detail of a magnificent group of statues at the Place des Quinconces. I’ve had a few seahorses on this website before, but none like that.)

If it’s true that the 20th century consensus on these issues was a mistake, it is important to ask whether this was an “ordinary” wrong turn in science, or a consensus of a special kind, one with features we can look for and guard against in other ongoing cases. Part of the problem was the intrusion of food-industry money, which in some cases appears to have been genuinely corrupting,* but that was perhaps not pivotal or necessary, especially in the early days. Another part of the problem was the role of some charismatic individuals who were sure they were right, and were also sure they were doing good. A particularly important element seems to have been an interaction between an urgently felt need for a solution to the growing problem of heart disease in the US, and what became an intuitive and even aesthetic appeal in the new rules. The picture of fat and oil as unclean and clogging, carbs as gleaming and clean (especially the “complex” carbs of later incarnations of the recommended diet) was powerful. In retrospect, the intuitive/aesthetic side ought to have been a prompt to caution, but there seems to have been none of that. Even I, wrecked by the carbs and salvaged on El Camino, still find it hard to think differently about those foods.

When you look at US government websites now, you have the sense that they’re no longer keen to give specific recommendations. The pyramid has gone (diluted in 2005 and abandoned in 2011), replaced by the vaguer “MyPlate” and plenty of encouraging but unspecific verbiage. I have a feeling that the people writing this material suspect there was a serious wrong turn in the last century, don’t really know what we should be eating, but are reluctant to admit it.

All this has also posed a difficult ethical problem for me. In abandoning the high-carb rules and eating more protein and fat, it becomes harder and harder hard not to increase the amount of animal food in one’s diet. I have moved away from being someone whose goal was to push at least a fair distance towards a vegetarian or vegan diet,** to someone who eats a lot of animal products but tries to make a big deal of the distinction between foods with a lot of cruelty behind them and foods that I think are OK. I’ve written about that distinction several times before on this site. One of the weakest aspects of Teicholz’s book is her consideration of these other factors in dietary choice, both ethical and environmental. The problem is not so much the tiny amount of space given to them. Teicholz says at the very end that her goal was just to look at the question of health, and leave other considerations aside. That would be fine, except that it’s not really what the book contains. She does advocate eating more animal food, with two reasons given (p. 334). First, the food is healthier than you think, and second, it’s “delicious” and “deeply satisfying.” Those things might be true, but they are not the only factors. Suppose veal, for example, was particularly healthy and particularly delicious; are those the only things you want to think about in the case of veal? Surely not. The lives of the animals are also part of the picture. The same issues apply, to a lesser or greater extent, to all animal-derived food.

Setting the ethical issue aside, looking at Teicholz’s book and two recent New York Times stories, it would be good to see someone from the other side, the side of the late 20th century dietary establishment, write something very frank about this issue – someone who’ll either point to the best data that shows the critics are misguided, or admit that a long generation’s worth of work was wrong. I suspect there are quite a few people like myself, who were squashed by the pyramid. 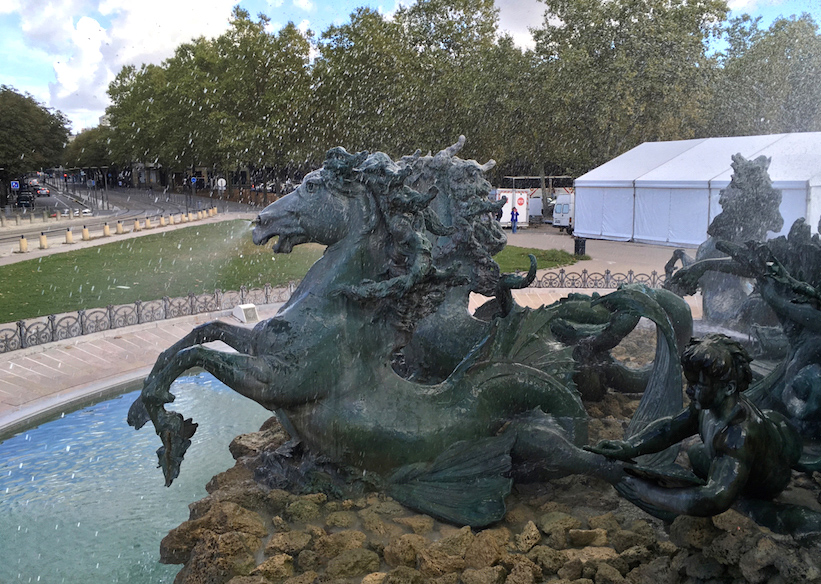 * The quote below is from the New York Times, September 12, 2016. It’s about some recently discovered documents.

In 1965, Mr. Hickson enlisted the Harvard researchers to write a review that would debunk the anti-sugar studies. He paid them a total of $6,500 – the equivalent of $49,000 today. Mr. Hickson selected the papers for them to review and made it clear he wanted the result to favor sugar.

Harvard’s Dr. Hegsted reassured the sugar executives. “We are well aware of your particular interest,” he wrote, “and will cover this as well as we can.”

Hickson was a sugar industry executive. Hegsted, who is discussed a lot in Teicholz’s book, was an important figure in the low-fat, high-carb movement. The new material in the Times story is more explicit and damning than anything Teicholz uses.

† A non-revolutionary shift in thinking is seen in the recent emphasis on glycemic index (GI). Was I eating too many high-GI carbs in my unhealthy days? Probably, but a shift away from them (to whole-grains, and so on) did not make much difference.

** I don’t make much of the distinction here because dairy farming, especially in modern forms, has always seemed one of the more troubling cases to me.

*** Nutrition Australia has kept a pyramid and flipped the lower two layers – fruit and vegetables are now on the bottom and grains just above.

Gina Kolata, the New York Times science writer, has just written an article about one of the Times’s recent low-carb articles, a commentary which recommended a low-carb diet for type 2 diabetes. (Kolata features briefly in Teicholz’s book as a defender of high-carb orthodoxy.) She quotes a diabetes doctor talking about diet in an interview:

“When you look at the literature, whoa is it weak. It is so weak,” Dr. Kahn said in a recent interview….

But people want diet advice, Dr. Kahn reasoned, and the [American Diabetes] association really should say something about diets. So it, like the National Institutes of Health, went with the Department of Agriculture’s food pyramid.

The Kolata article pushes back against recent low-carb proposals, not because there is data showing that the high-carb approach is better, but because there is no firm evidence showing long-term benefits for either diet, though there is some evidence showing short-term benefit for the low-carb diet. What matters most, according to the people interviewed in her article, is keeping weight down, and all diets tend to have compliance problems. This is not exactly a ringing endorsement of high-carb orthodoxy.

This entry was posted in food and tagged carbohydrate, diet, ethics, fat. Bookmark the permalink.

4 Responses to 42. Squashed by the Pyramid