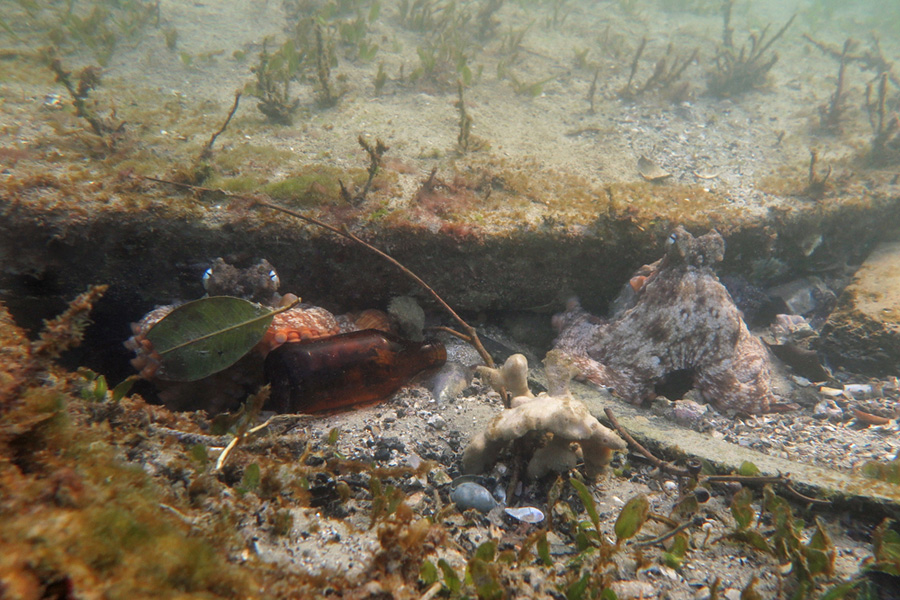 A few weeks ago I did a pair of dives, day and night, in the same spot in Sydney Harbour. Above is a scene from the day dive. I turned up and a pair of octopuses were sitting like this. I was pretty sure the one on the left (our left) is female, the one on the right male, from how they are positioned – the male further out and up, the female hunkered down with more coverage. (I’ve seen this combination a lot.) I admired the design sense of the octopus on the left, with her leaf and bottle. Here she is close up.

I wandered off, and when I came back the male was initiating a mating, which I probably disturbed. I left again, and then returned after sunset to the same place.

I came in and could tell many things were afoot. An octopodean shape was moving about near the pair, in a shadowy, complicated way. The male in the den was restless. I had a sense that he’d just returned from a defensive foray as I approached. He rose taller and turned intermittently dark. The third octopus (as the shape indeed turned out to be) shifted about, doing a lot of nervous-looking, blanched pale color changes. 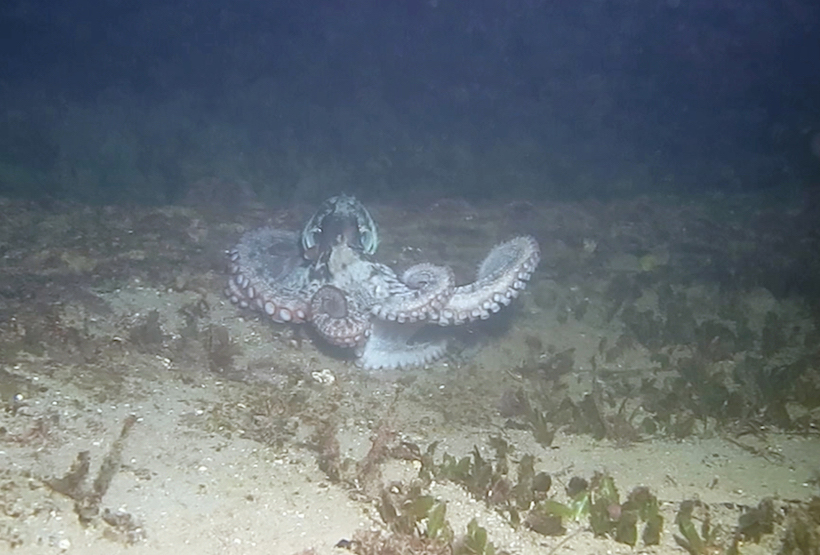 That photo, and the next one, are video frames. This is a very agitated look for an octopus (perhaps in part due to my light, though I was some distance away and didn’t seem to have obvious effects on anyone). The agitated octopus worked its way into a position in the dark on the other side of the female from the male. He sent out an exploratory arm towards the female (a left arm, not one that can be used for mating). He backed off, nudged forward, fled suddenly a little way, not for any evident cause. Then he settled again and began to edge out a mating arm (the third right arm), trying to initiate a long-distance mating of his own.

The male in the den reached out and probed over the female, as if he knew something was up. 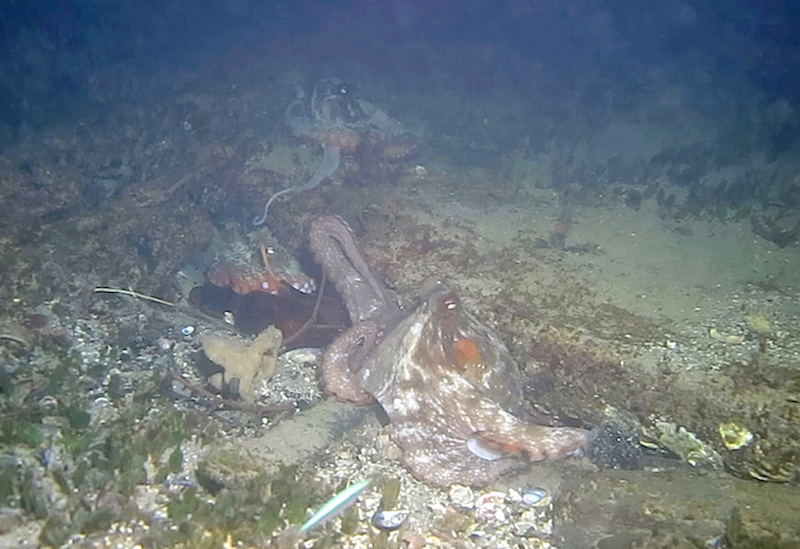 He did not quite locate the intruding arm, and settled back. Instead he, too, attempted to mate, and the result was as you see below: a female with a “resident” male and an intruder, both trying to mate with her, at long-distance, at once. There are two pale arms stretched out towards her (one behind the beer bottle). 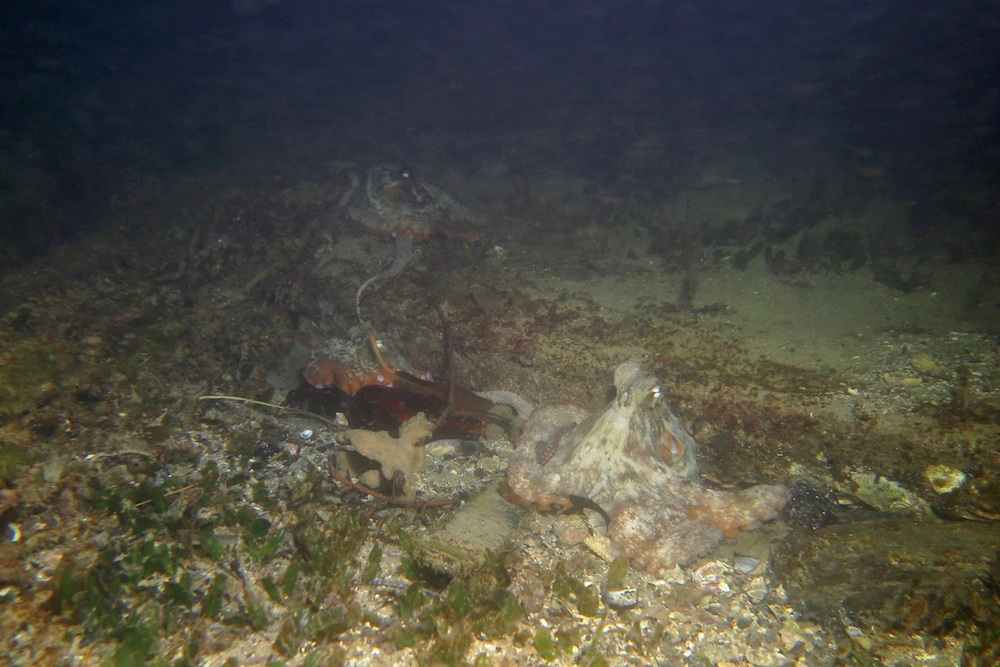 I was struck by the complexity of the scene, and the complexity and difficulty of an octopus’ life. In daytime these animals do roam around, and then they can at least see some of the perils. At night, the sea is filled with rays, other octopuses, and who knows what else, most of it invisible. The site of this dive was inside a shark net, so big animals could not get in, but I had a constant sense of movement all around me. Octopuses generally have short lives, just a year or two, but seeing the night scene here, I wondered how they got through as much as a week.

I went away for a while. When I returned, the second male had left. I came across him, or else yet another octopus, splayed out on the sand not far away, as if waiting.

This was early evening, less than an hour after sunset, and already so much had gone on. They had about 11 hours of that one night to go.

This entry was posted in Cephalopods, Octopus. Bookmark the permalink.