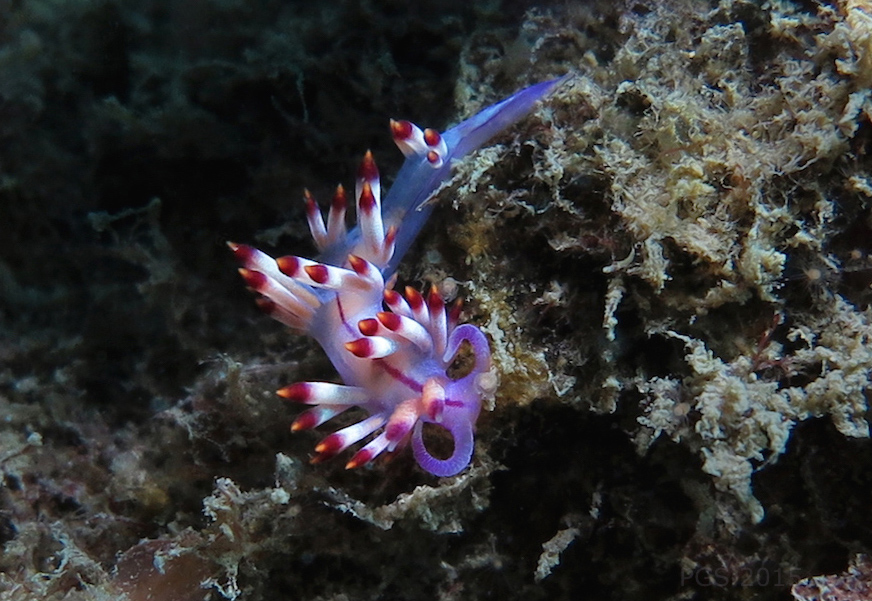 This post was put together for its title, a phrase that was the immediate reaction of Dave Pye, an orchid keeper, when I showed him some nudibranch photos a few weeks ago. The post features a couple of particularly orchidean nudis. The animal above is Flabellina rubrolineata, and the one below is Favorinus tsuruganus.* Both animals were just a centimeter or so long. 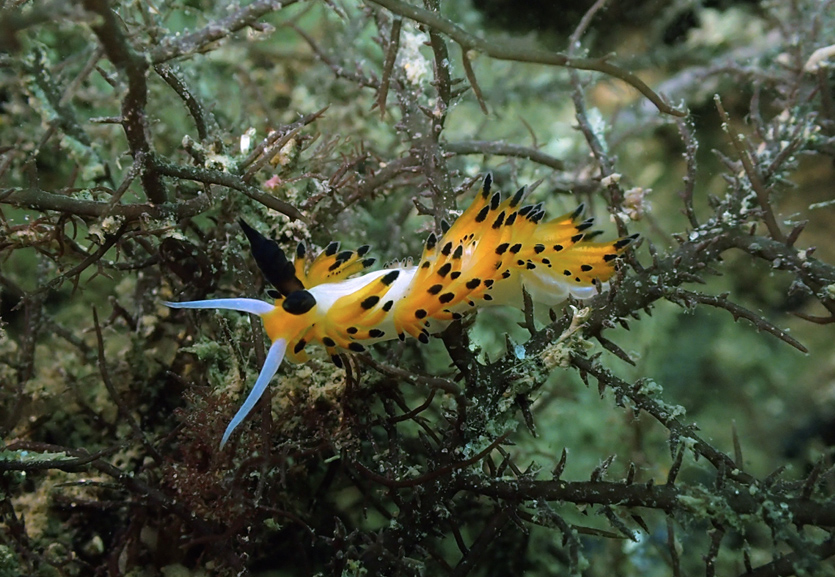 Orchids are plants related to asparagus, onions, and grasses. Nudibranchs are animals related to slugs and snails. Orchids have something like 28,000 species; nudibranchs are not doing badly with 3,000 or so. Both nudibranchs above are in the Aeolid group,‡ which contains many of the most florid species. The other main group, the Dorididae, tend to be more slug-like. Here is a dorid, Chromodoris roboi. 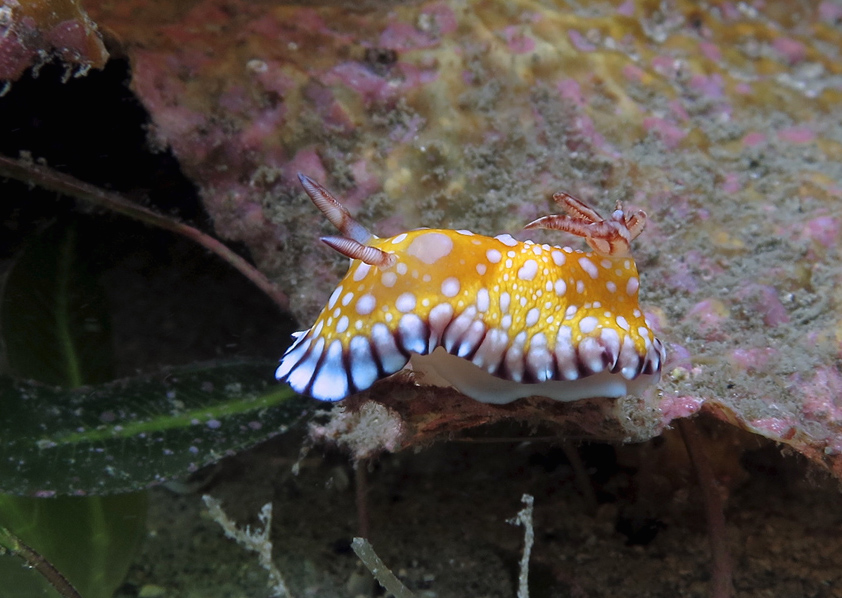 Orchid colors and patterns are made to be seen – made to attract the insects who pollinate the plants. Are nudibranch colors made to be seen? Some nudibranchs are extremely camouflaged, with dull coloration, but even the bright ones can in some cases be camouflaged, given the colors of the sponges and hydrozoa they inhabit and feed on. In yet other cases, the colors are probably made to be seen, but to repel rather than attract the viewer. Nudibranchs store toxic chemicals gathered from their unusual prey, and want this fact to be noted by anyone tempted to eat them. (The evolution of this sort of thing is not straightforward; I had a go at filling out some details on my old website here.) Nudis have such poor vision, most likely, that they never appreciate the colors of their companions. Their acute sense is a sense of taste or smell.

Here is another shot of the Favorinus, 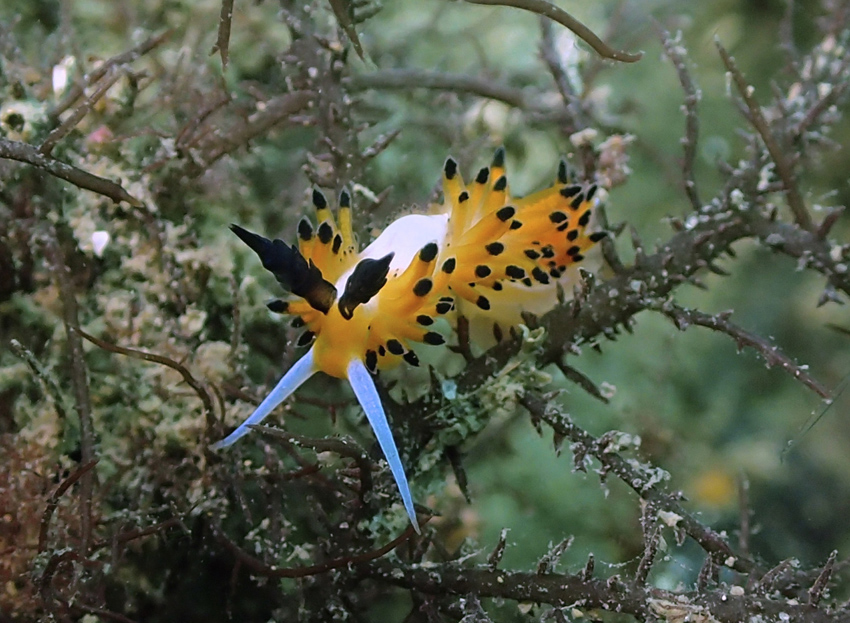 Also one of the Flabellina, 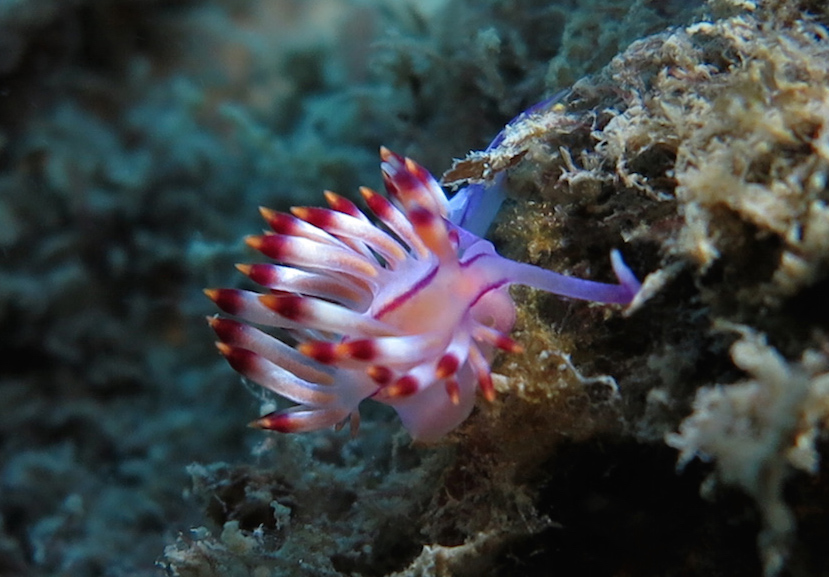 And for comparison, a few of Dave Pye’s current companions: 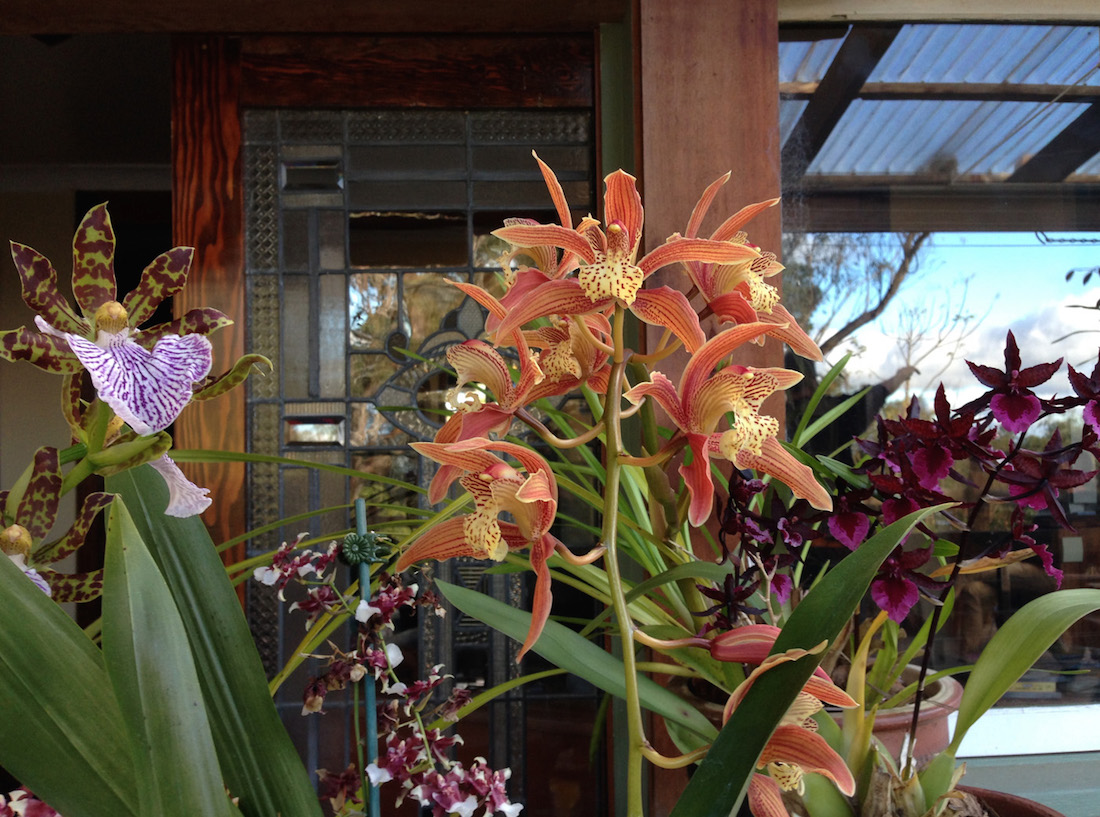 *  The nudibranch photos were taken at Nelson Bay, the orchids at Faulconbridge. The underwater photos had some added light.

‡ Favorinus was an ancient Roman philosopher, said to have been a eunuch. Nudibranchs are hermaphrodites. Apparently, Aeolids are named after the Greek god of the winds, Aeolus, as “the waving of their cerata resembles streamers in the wind.”

There are some excellent nudibranch photographers around at the moment. Have a look at “Nicdives” and Matt Nimbs.

This entry was posted in Color, Nudibranchs and tagged nudibranch, orchids. Bookmark the permalink.