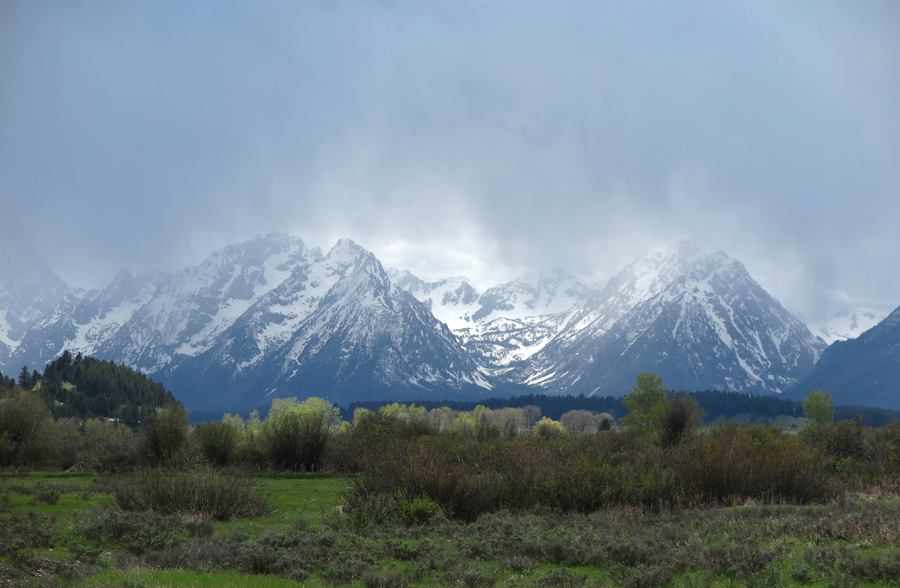 The picture above was taken in Wyoming, but the setting of the other photos and the text of this post is a little to the north, in Montana. I was there earlier this month for a conference. This was the first time I’d spent more than a few hours in the state, usually dipping in from below. On this trip I was able to look around, and did a long drive north to the area below Glacier National Park, including the evocative area round Augusta where the parts of the Polish brothers’ film Northfork were shot. 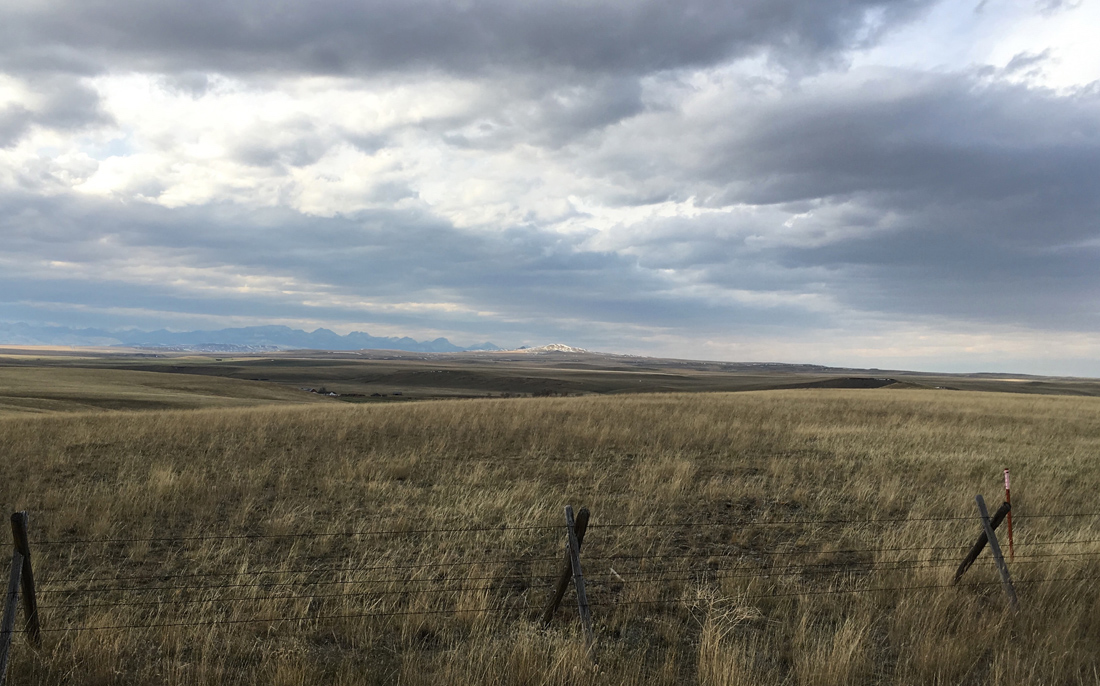 As often on these western trips, I noted the cattle in fields by the road. The Montana cattle looked particularly content in the beautiful fall light and air. The conference I then went to was about animals – ‘Wild Animals in the Wild West‘ – and one talk, a few days after the drive, returned to the cattle. Colter Ellis is a sociologist who studies the cattle industry. He has a deeper knowledge of those cows in the fields. His talk was about the peculiar fate of sex roles, on both sides, in the world of commercial cattle – with all the castration, artificial insemination, and hypermasculine men who need to occasionally induce a calf to believe that they are its mother. There is both an intimate bond between humans and animals, and a systematic and reflective commodification of the animals. I was also interested in Ellis’s take on the ethical issues about farming and meat that have often now been the topic of this website, and came up several times at the conference.

I talked through the lives of those cattle in the Montana fields with him. There were some surprises. Life for a calf is good at first, but that period is short – just a few months. Then they are weaned from their mothers – separated from them – and often sent off to a feedlot. Modern killing methods, Ellis said, are much better than they were. Slaughterhouses are alarming places, but this is not the period that most bothers him, or me. In my case, the rapidity of the whole process was troubling, and the quick separation of calves from their mothers. Their overall life is about a year, (except for those who go on to become cows), and they spend so brief a period in those fields.

Ellis said that in his view, grass-finished beef, from animals who never see a feedlot, is the most humane farmed meat you can eat (of the standard land-based options, anyway). Even these animals lead pretty short lives, though – 18 to 24 months – and they, too, are quite quickly separated from their mothers during weaning. Those two things struck me as such clear opportunities for improvement: a longer life in the fields, and no separation from the mother. These changes would bring with them financial pressures. I asked about money. Are these ranchers rich? Is there room for easy changes of that kind? Ellis: not only are most ranchers far from rich, but they could easily make more money if they moved into town and did something else. They are doing it because of a commitment to the lifestyle.

That last comment was a surprise to me, and it put a different light on what Ellis had said in his talk about the unusual bonds that exist between humans and animals in this context. I asked whether the ranchers would say what I’ve said about farming sometimes (including on this site): that when it’s done well, the life that results for the animal is one worth living; the “package” of good and bad features is OK when considered together. Ellis said the ranchers would probably not disagree, but would not usually think in those terms. They have a very teleological picture of the system in which they and the cattle exist; the cows have a function, a part they have to play, and the people do too. The animal’s death is its “contribution” to that system. 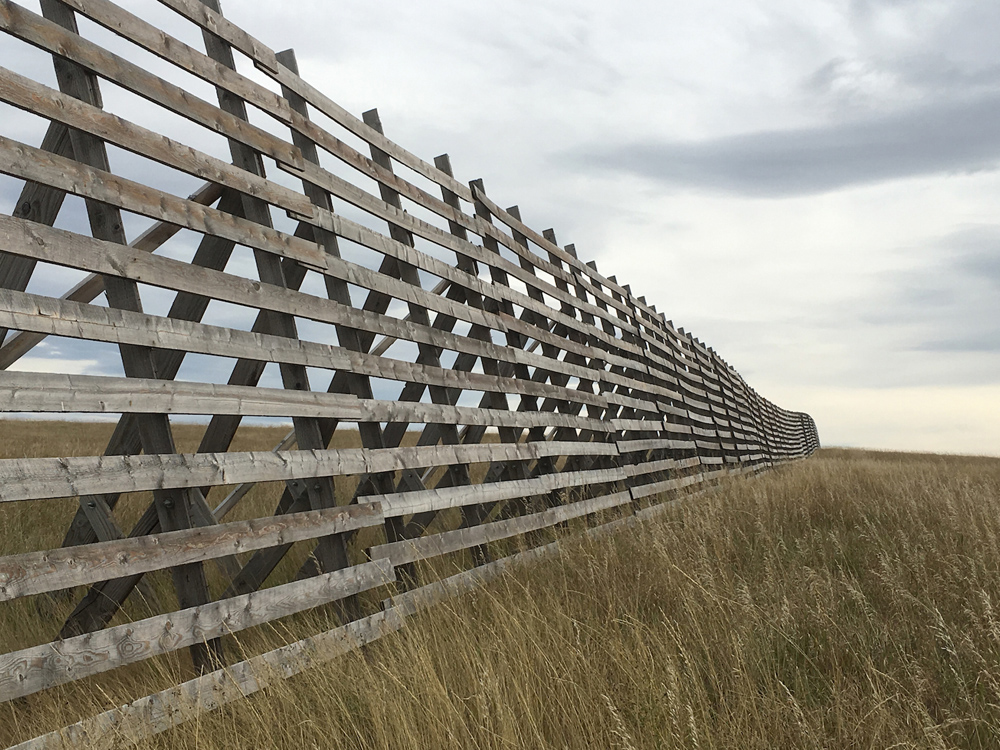 (The photo above shows a snow fence, not something for confining animals. These fences stretch across high country in Montana and Wyoming, beginning and ending abruptly in the open. Their function is to direct the accumulation of snow.)

One of Ellis’ papers works more deeply through the unusual mix of attitudes that cattle ranching of this kind engenders. Some ranchers he interviewed find themselves in relationships with their animals that resemble relationships with pets. But these relationships are on a tight timetable set by the system of commodification. Some ranchers are forthright about this – “You kind of hate to see them go,” “I think a lot of ranchers would just as soon not sell anything if they really didn’t have to.” Others reject such sentiments when expressed explicitly, but act in ways that show some of the same mix. (A vet he interviewed said that ranchers quite often “spend more on medical care for their cattle than the animals themselves were worth.”) Ellis describes the ranchers as drawing on a particular set of attitudes and “emotional skills” that make all this possible. Those include: (1) a sense of responsibility to both animals and consumers, (2) religious sentiments of dominion, and (3) faith in the cycle of production and reproduction.

This combination of attitudes and emotions might initially seem strange, but a moment’s thought shows that the attitudes and emotions in a system like this must be strange – as long the animals are not treated with complete indifference. The mindset involved in farming-as-I-want-it could not be too far from this (though it need not include the religious ideas of dominion). Death is inevitable for animals, a part of life, but humanely raising animals to die as commodities has such inherent tensions.

You might think that these complicated relationships Ellis uncovers are seen only in a boutique fragment of a cattle-raising business dominated by huge companies, but that is not so; he is not describing a sideshow. According to the USDA, about 45% of the cattle raised in America comes from ranches with fewer than 50 cows, and over 80% comes from ranches with fewer than 500.

They are raised in such circumstances, with those complicated relationships with their keepers, and then they are, in most cases, sent to the feedlots, where their experience becomes immeasurably worse. There is an acute contrast here between how things are and how things might be. 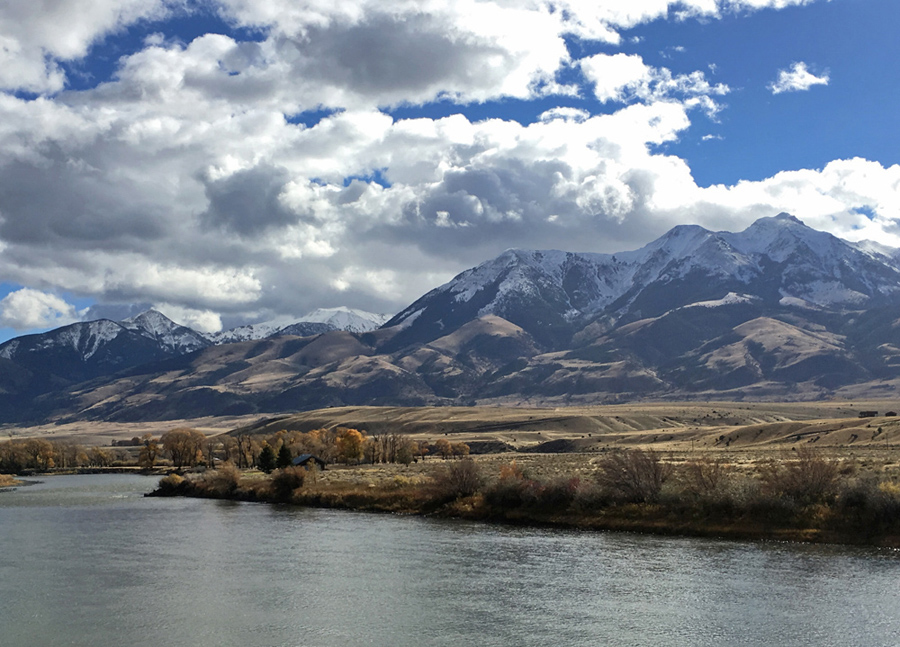 Other highlights of the conference – and there were many – included an inspiring talk about Yellowstone wolves by Doug Smith, a screening of Cindy Stillwell’s Mating for Life, and a very interesting talk about how the singing of social birds is subtly affected by traffic noise, from Jessica Owens.

The photos in this post, except the Wyoming one at the top, were taken with an iPhone, as I didn’t have a good camera with me on this trip. I couldn’t have done the place justice with any camera.

This entry was posted in food, Vertebrates and tagged animal ethics, diet, vegetarianism. Bookmark the permalink.