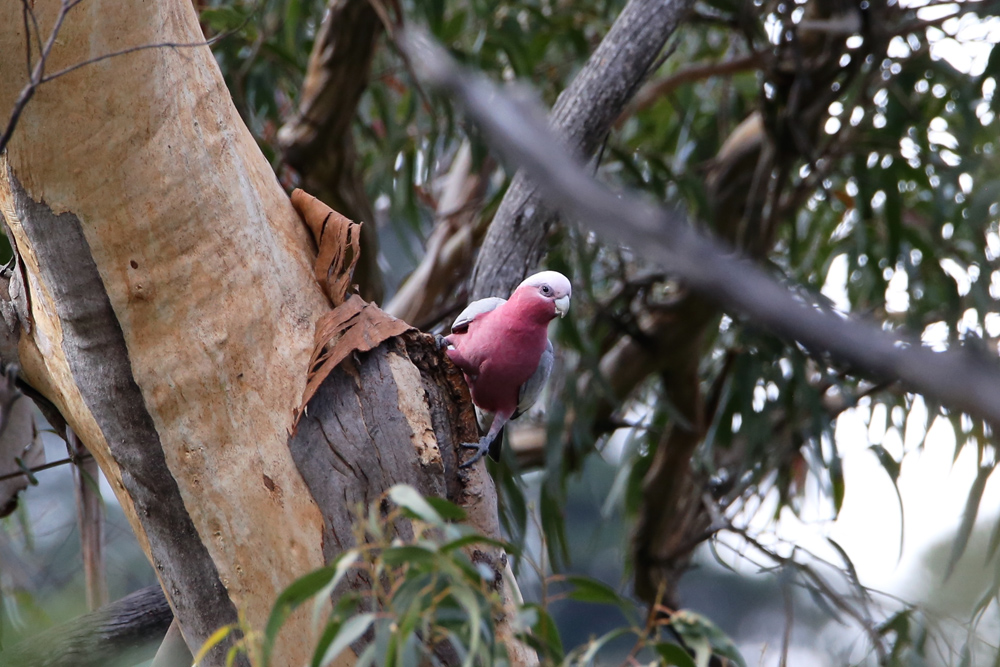 Not much happens in this post; in fact, it’s about something not happening, or ceasing to happen. For much of this year – from the first days of April through to the end of August – I watched a pair of galahs (rose-breasted cockatoos, Eolophus roseicapilla) working on a nest in a tree hollow quite near our house. I saw, I think, something close to their very first arrival, as galahs don’t usually come through here much, and in those first days they had to engage in a series of quite serious battles with other birds, especially sulfur-crested cockatoos, before they could get established.

A first post about them is here, featuring the battles. A second is here, and a third is here.

Through most of this period, they came and went in intriguing patterns. For several months they seemed to come through about once a week (though not on a regular schedule). Whenever they were here, they’d work on the nest (see below), fight off other birds when necessary, and just hang around, grooming each other. They were most often here in late mornings, and often around noon they’d fly off together in the same direction, zooming over the house. I kept fairly detailed notes of their coming and going, wondered if I’d see them again during longer breaks, and was pleased each time they returned.

In August, they seemed to finally move in. I’d see them through much of the day, nearly every day, and at the end of August I stopped recording routine sightings. I was hoping they’d use the nest to brood eggs and raise chicks. And then – just a day or so after I decided to stop those recordings – they disappeared, and I’ve not seen them since.

It took me a while to come up with ideas about why, after all that work, they left (especially as for some weeks I expected to see them return). In August the local magpies became more active and assertive, but having triumphed over sulfur-crested cockatoos I doubted that could be the problem. I’ve decided the reason is probably more anthropogenic. For two weeks or so, some neighbors pursued a small construction project not far from the galahs’ tree. The project wasn’t very noisy by the standards of such things, but the noisiest period coincided with the galahs’ disappearance. I think they just decided to move somewhere more peaceful, and not so close to human activity.

So now there’s an excellent nest waiting for some other parrots to use. I’ve seen a couple of lorikeets checking it out, and yesterday a crimson rosella was poking around it. What I’d really like to see, especially as the site is now very quiet again, is some galahs.

Here are some photos covering much of the past few months – events I didn’t include in the earlier posts. At the earlier stages, the nest was surrounded by bark, which the galahs removed. Here is some nest work in April: 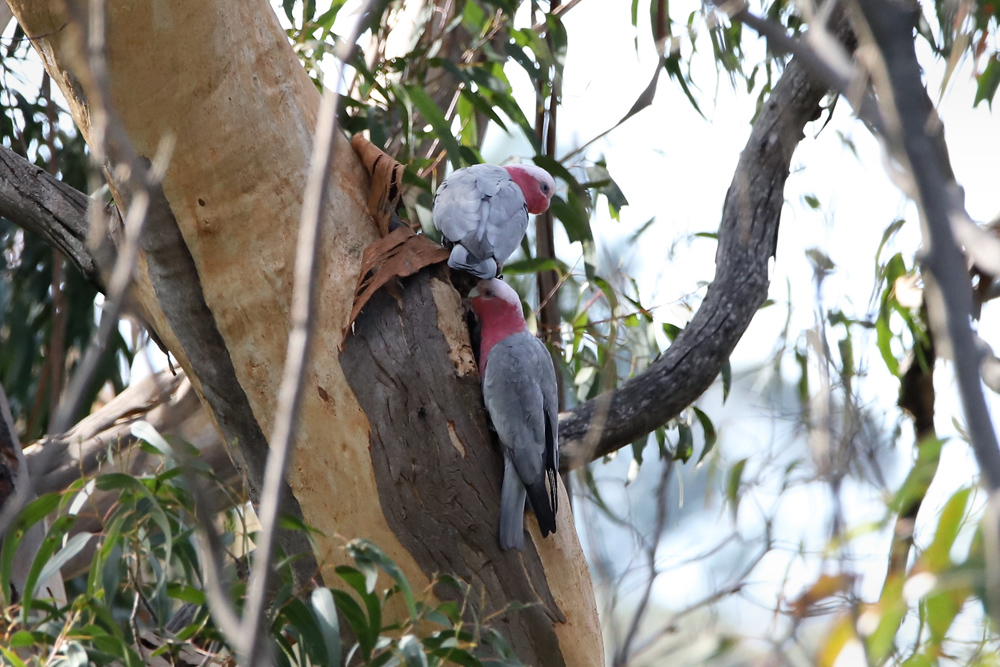 Some bark-focused work in May: 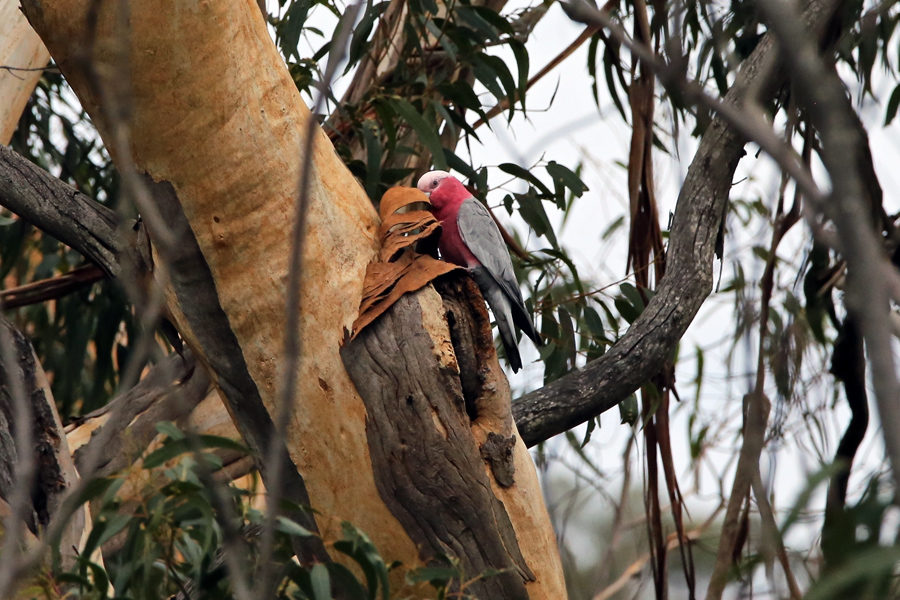 By July, all that bark had been stripped. 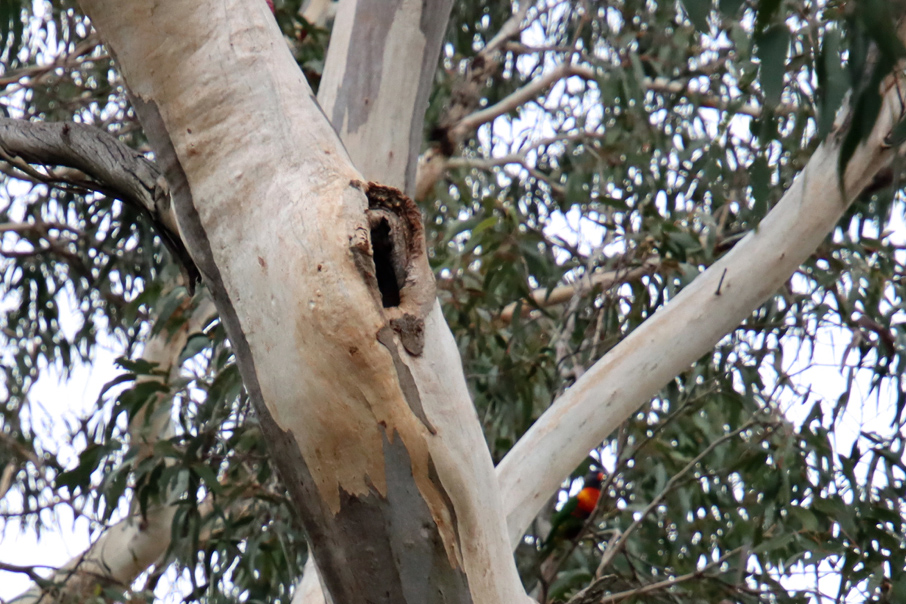 Here they are just hanging out, in May: 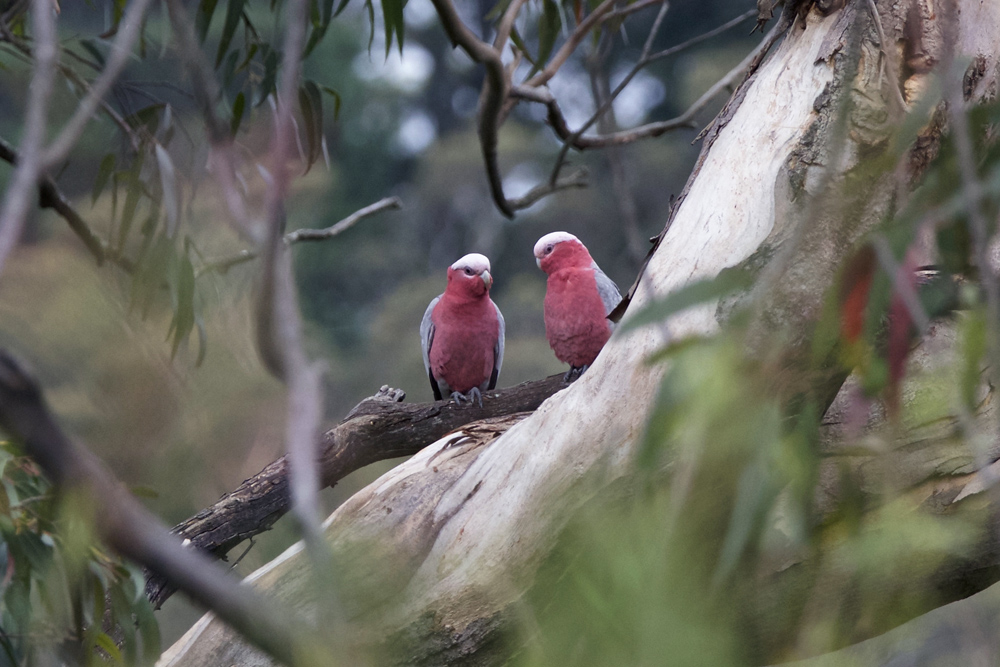 They often had to fight other birds, as I said, but one particular currawong seemed to be on friendly terms with them. I hoped he or she would come back, but only saw this once. 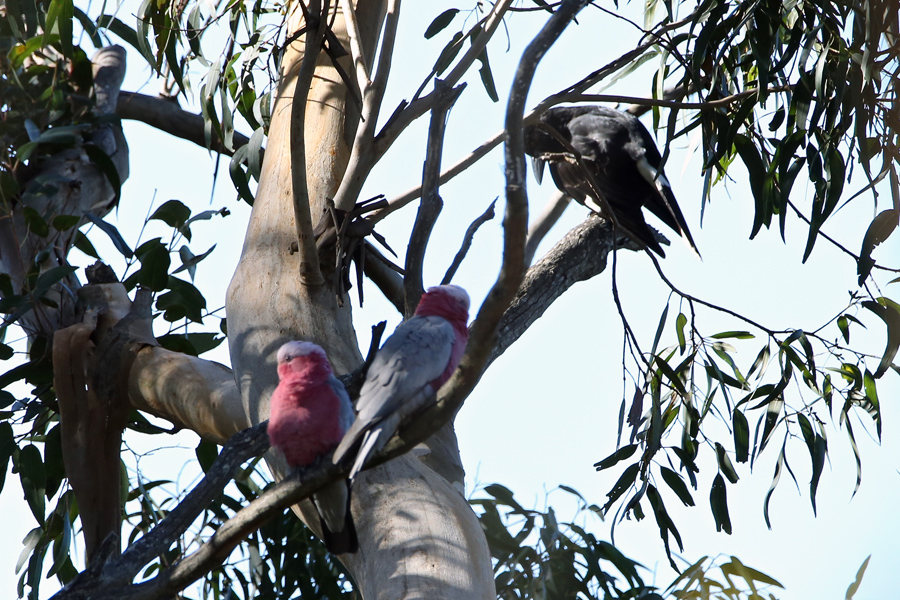 Here they are huddling together on a very cold morning in July: 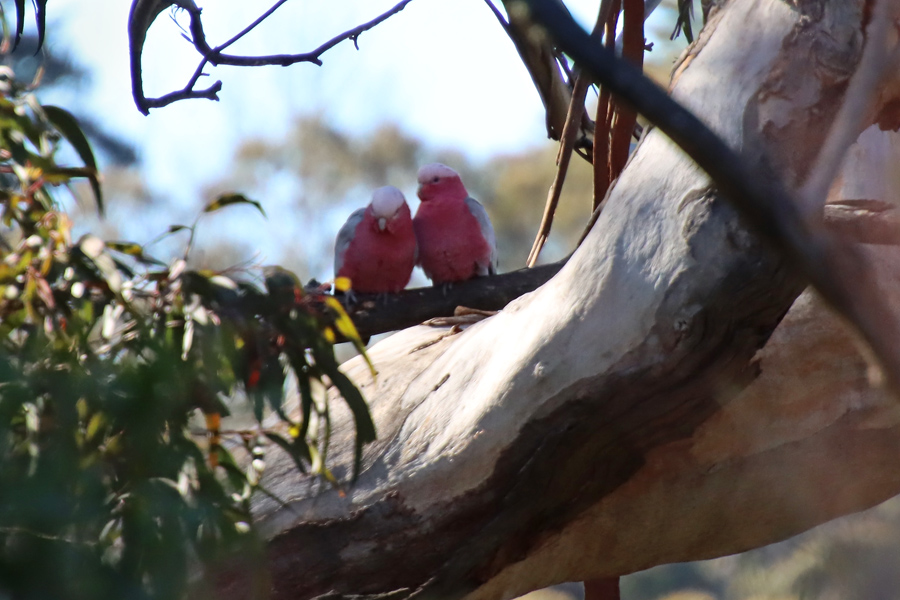 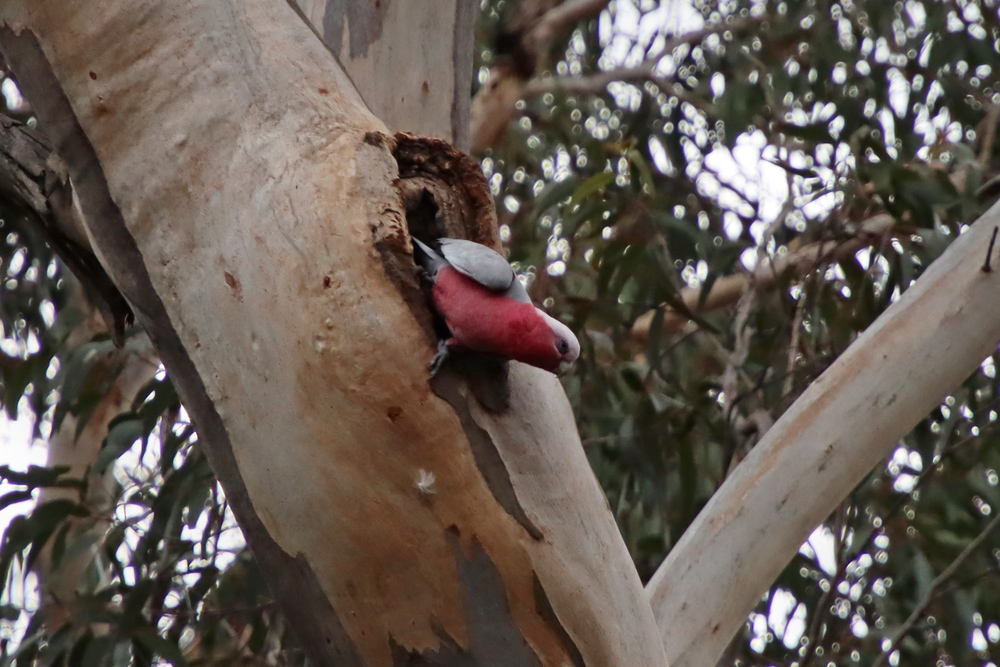 And a dusk photo, end of August, right before they disappeared. 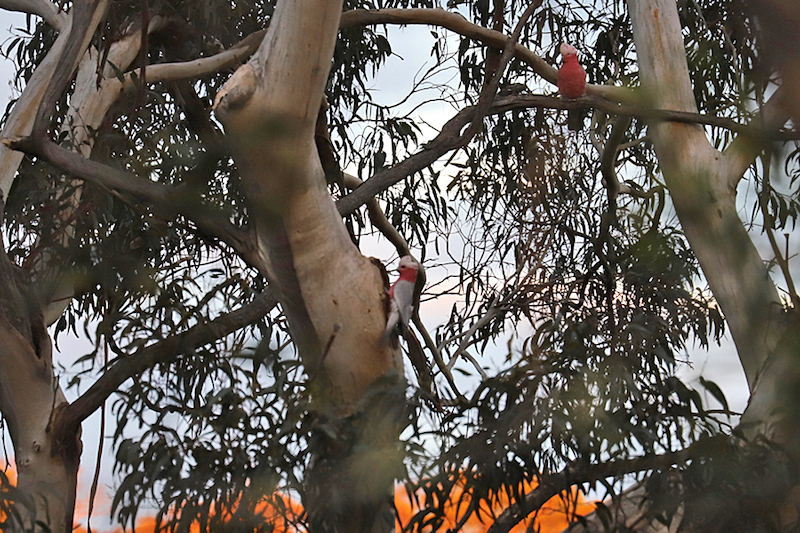