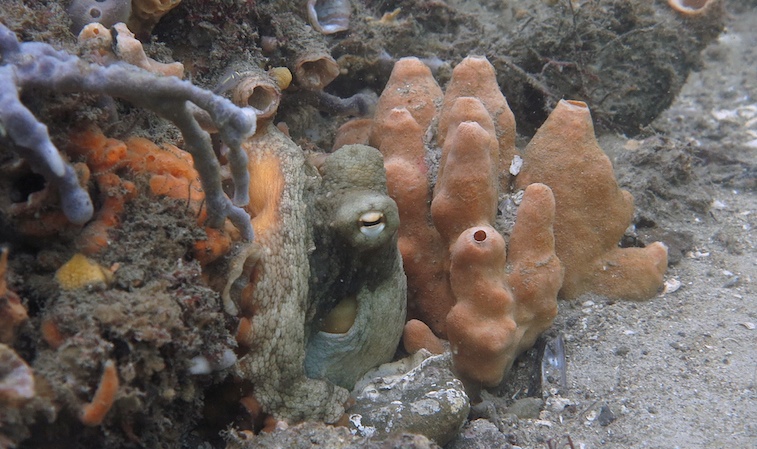 In a sponge garden at Nelson Bay, a few months back, I came across several octopuses. The sponges like the spot, apparently, for its fast-moving currents – just what a filter-feeder looks for. Octopuses clamber about among them, hunting. This one split his colors… 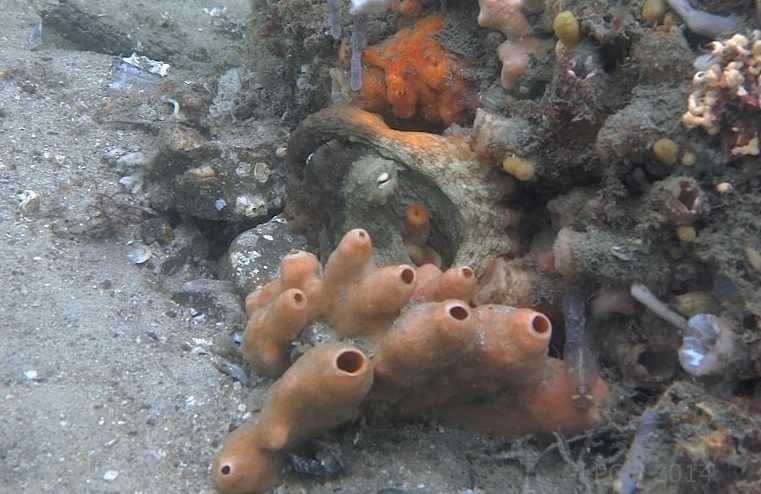 … then joined them back up. 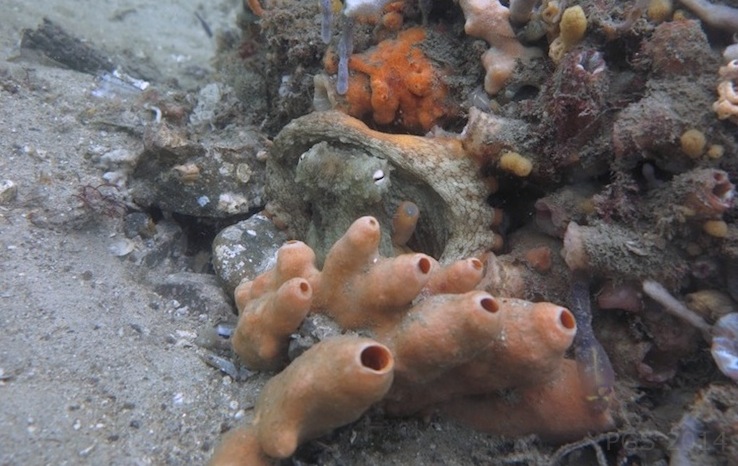 Later in the dive I came across a true trompe l’oeil octo. I think I sensed this one watching me before I knew I’d seen it. 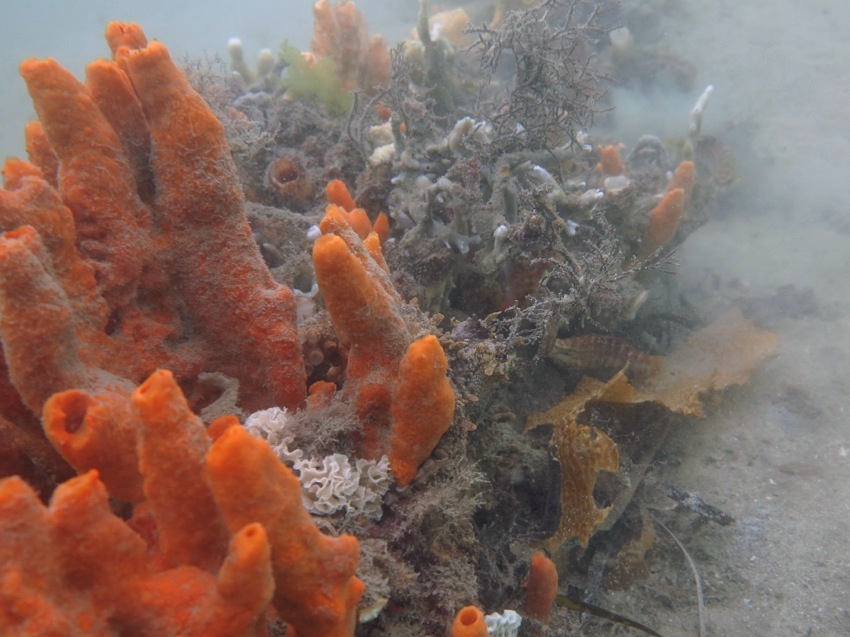 Here’s the same shot with arrows to make its location clear. The rightmost arrow points at an eye, other arrows point at suckers and papillae, raised folds of skin: 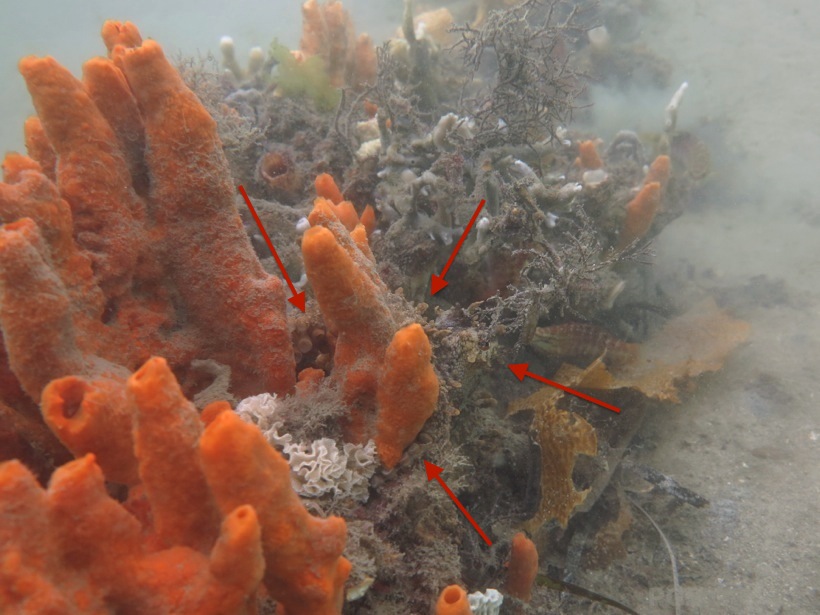 The dive felt like an invertebrate celebration, fitting to initiate this website. Metazoan will continue some themes from its predecessor, The Giant Cuttlefish, but with a more concerted exploration of early animal evolution, life in the sea, and – especially – the evolution of behavior. A project that began as an admiring study of a particular group of animals, the cephalopods, has grown larger, and more connected to my work in philosophy. A book will emerge at the end. It will be about the relations between minds and bodies, approached from an evolutionary point of view, and focusing especially on early evolutionary stages – the evolution of the senses and sensitivity, the coordination of actions, and the convolution of nervous systems beneath.

The octopus raised its body and watched me. Out in the open, it was not especially camouflaged, but if you look at the center of the bottom part of the image, you’ll see that some folds of skin have been raised, and they exactly match the orange of the sponge. 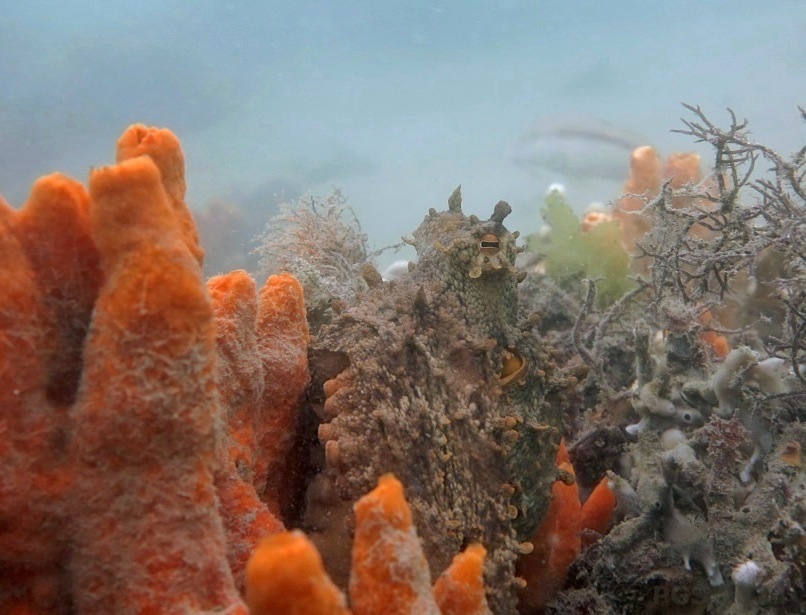 After a moment’s consideration, it jetted away.

This entry was posted in Cephalopods, Octopus. Bookmark the permalink.

3 Responses to 1. Octopus Among Sponges