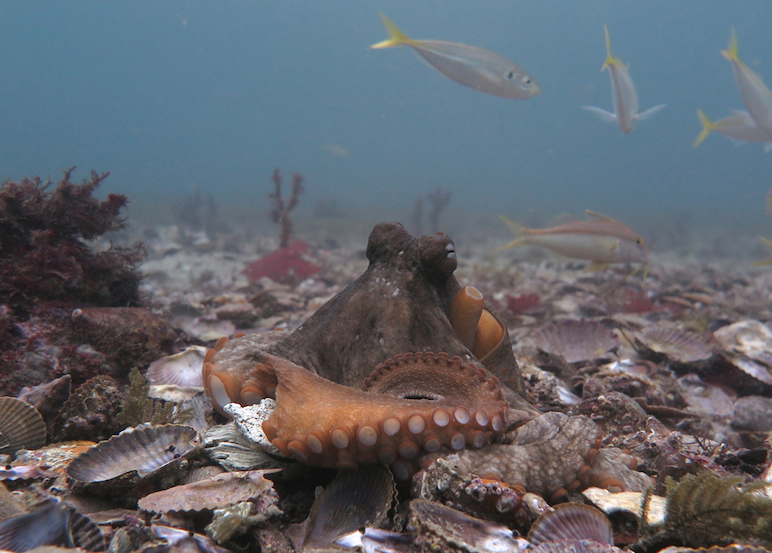 Last week an important octopus paper came out, reporting the first sequencing of an octopus genome. It’s full of interesting findings. In this post I’ll pick up something that goes by quickly in the new paper, and has not been commented on much so far.

Large nervous systems evolved independently in animals like us and in octopuses. This raises questions about whether our brains do things the same way as their brains, or differently. One of the results in the new paper concerns how nervous systems are built within the lifetime of each individual. There has been independent evolution, on our side and the octopus side, of a family of molecules (protocadherins) that are used to stick cells together in precise ways when building a nervous system. Similar tools seem to be used in both cases. 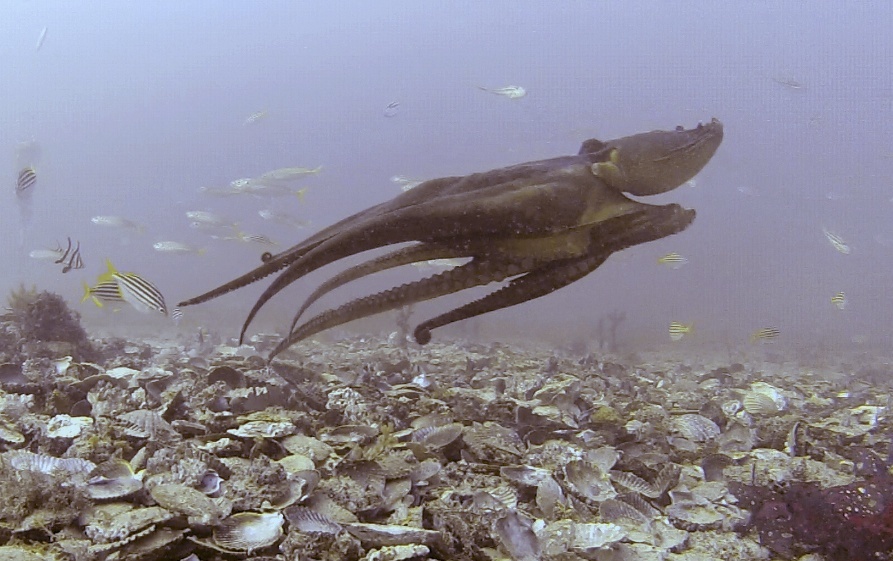 That fact is pretty central to the paper and has been picked up in the press. There’s also something else. People often write as if “the cephalopods” evolved large nervous systems, doing so in a single process, where octopuses, cuttlefish, and squid are all manifestations of this. But the evolutionary branchings between these animals, especially the branching between octopuses on one side and “decapods” (cuttlefish and squid) on the other side are quite deep, and they live pretty different lives.

For many years the main internal branching – the parting of the ways within cephalopods – was assumed to have happened about 170 million years ago. There’s a diagram from a classic 1972 paper by Andrew Packard that summarizes this view. It has the divergence within the “coleoid” cephalopods (top, center) beginning in the Jurassic, during the time of the dinosaurs. 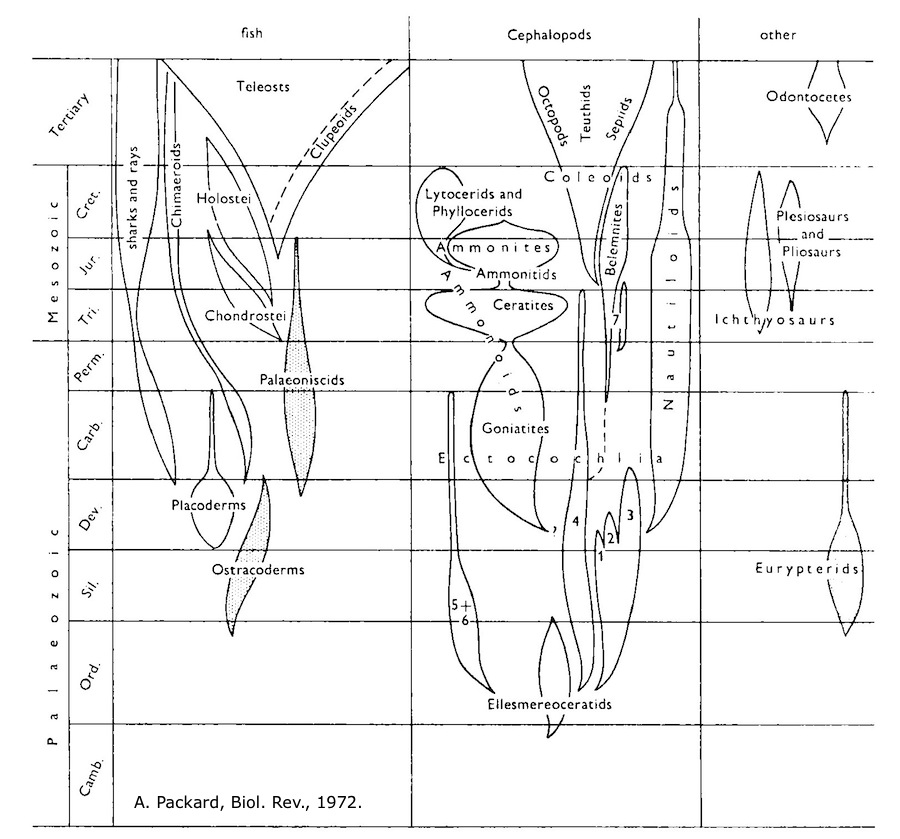 A few years ago new evidence pushed back the date much further, to about 270 million years. (This paper discusses it, and the new octopus paper agrees.)

When you think about cephalopod evolution in a way guided by the Packard drawing, it’s natural to think that the modern cephalopod was “invented” in a single process, and then there was a diversification. The new and deeper date for the divergence, 270 million years, suggests a different picture. It makes one suspect that large nervous systems in cephalopods evolved multiple times – once on the octopus side, and at least once on the squid and cuttlefish side. 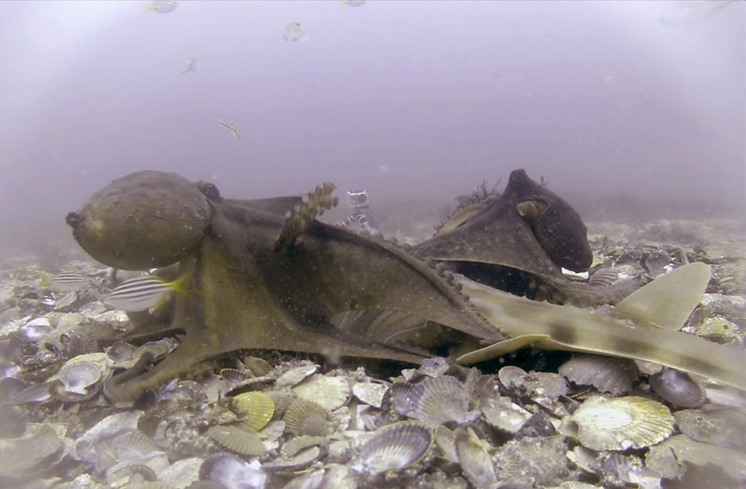 So far that is mostly speculation. But the new paper adds support to this view. Those molecules I mentioned that are used in the building of nervous systems have diversified both in octopuses and in squid, and they seem to have done this separately, after the split between those two groups. Octopuses had one evolutionary expansion of these molecules, and squid had their own independent one. So there have been at least three separate expansions in these brain-building molecules, not just a cephalopod one and one in animals like us.

All the photos in this post are from our Octopolis site at Jervis Bay. The grainy ones are video screenshots, taken with David Scheel, Matt Lawrence, and Stefan Linquist back in January.

I was in Cairns for the Behavior 2015 conference when the octopus genome paper came out. There were quite a few cephalopod talks, including a pair from David Scheel and me using Octopolis data, one on signaling and one on projectile use. Notable were a large number of papers on signaling and communication, and quite a lot of work on animal welfare – simple studies that could really make a difference in farming contexts.

* Update: Our Cairns talk about projectile use has been covered by the New Scientist.

This entry was posted in Bodies and Minds, Cephalopods, Octopus and tagged convergent evolution, genome, Octopus. Bookmark the permalink.