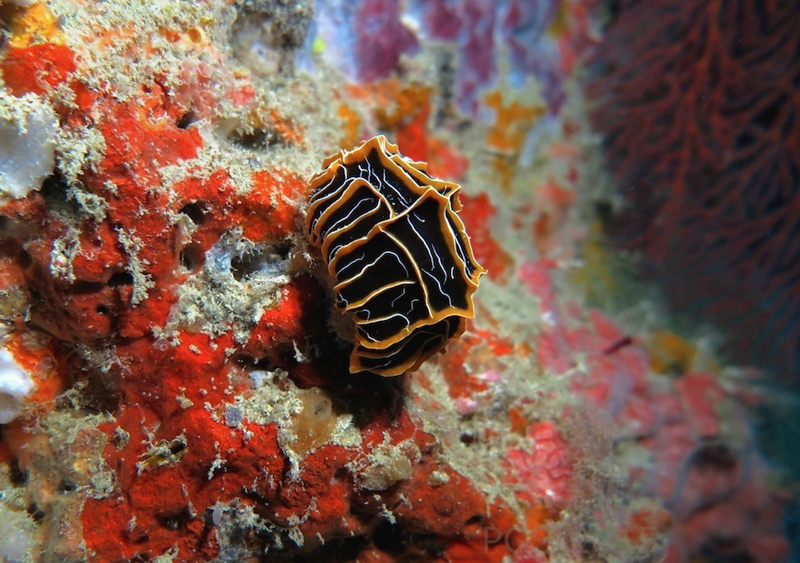 This post is photographic, fruits of a recent trip to Fiji. All the photos were taken in Bligh Waters, and all had some added light. Many of the animals were spotted, at a considerable distance, by Jesse of the Wananavu dive boat. The captions describe the photo above in each case. This is Reticulidia halgerda. 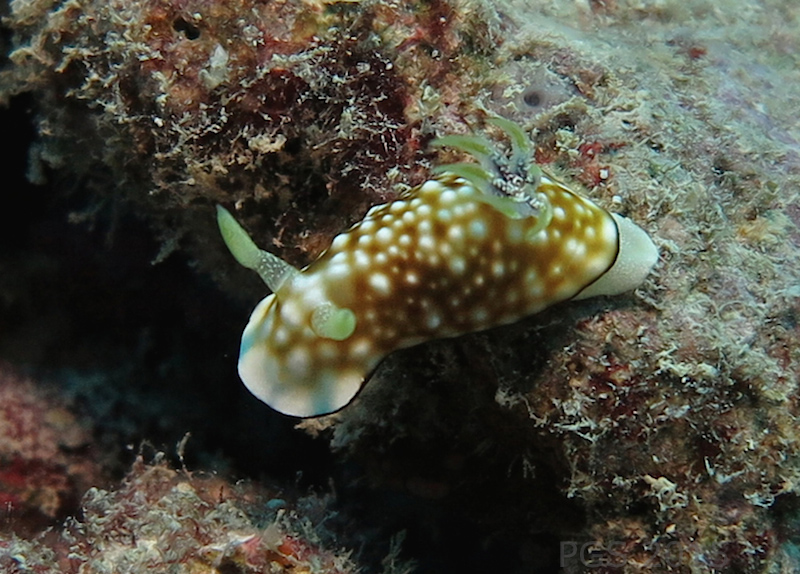 I think this is Goniobranchus, perhaps G. geometricus in a different color form from those seen round Sydney. 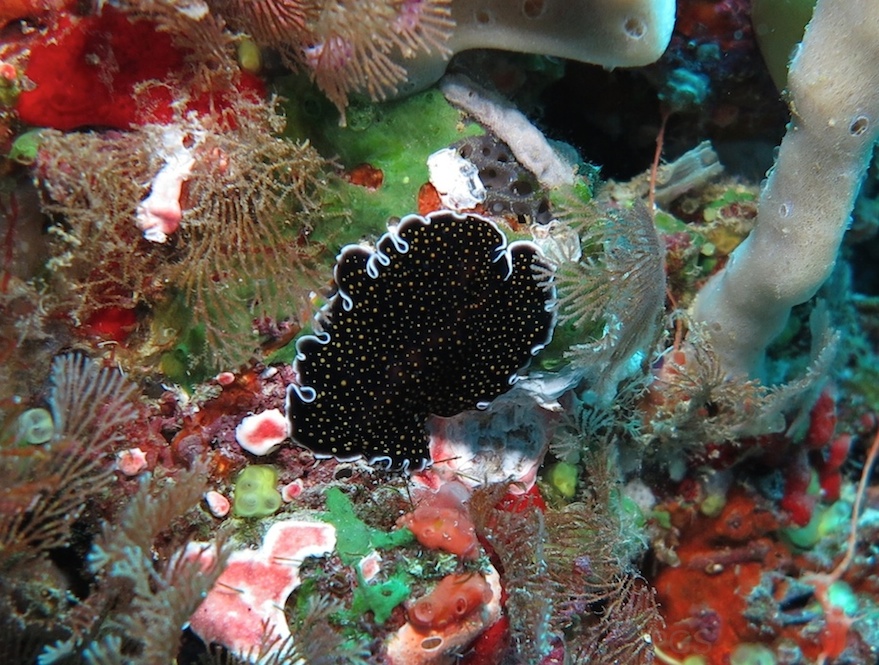 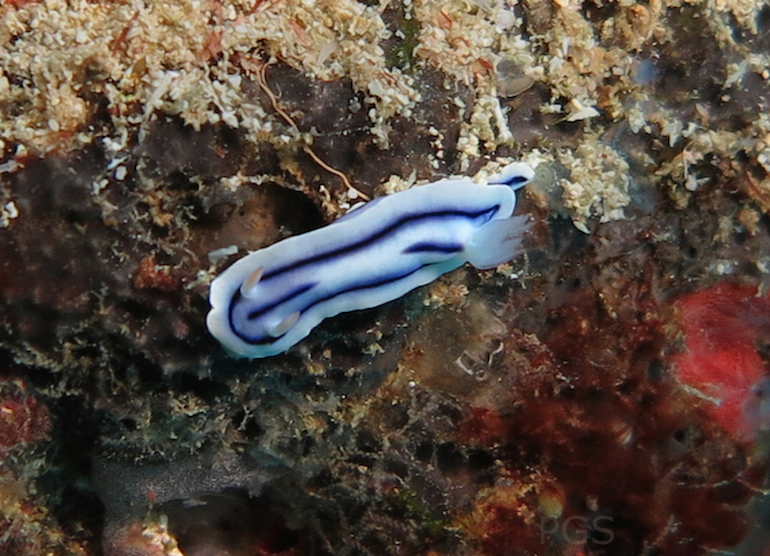 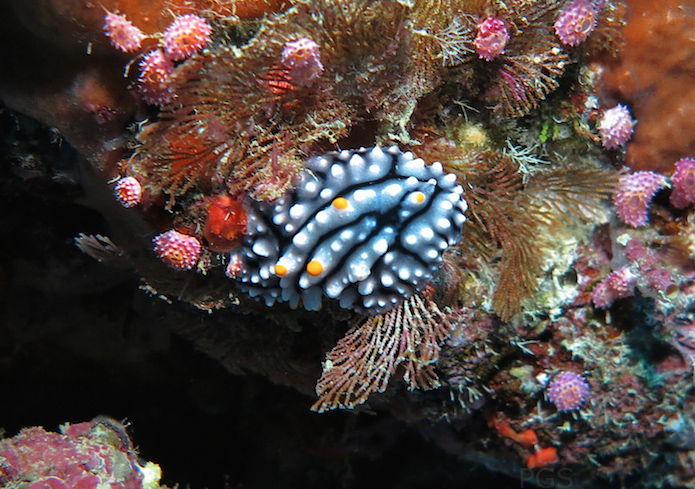 Phyllidia elegans, I think, though we can’t see all of its important parts, and there are lots of Phyllidia species. 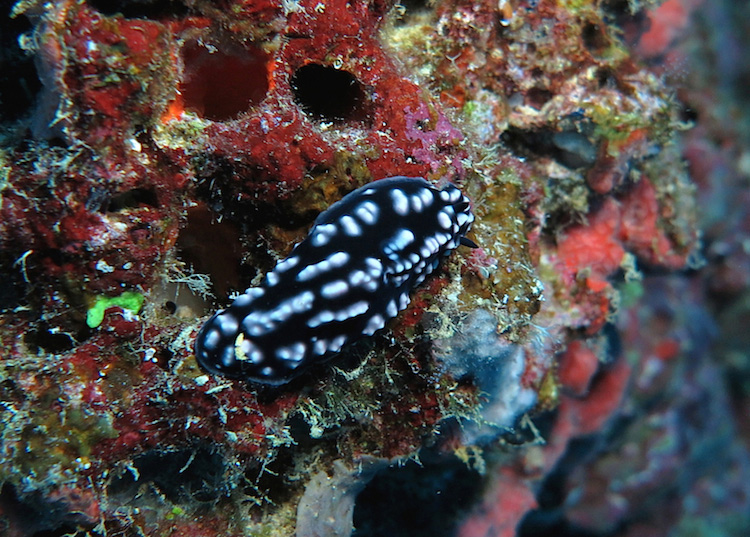 The unfortunately named Phyllidiella pustulosa. (“Thanks so much, Cuvier.”) The head is at the upper right.* 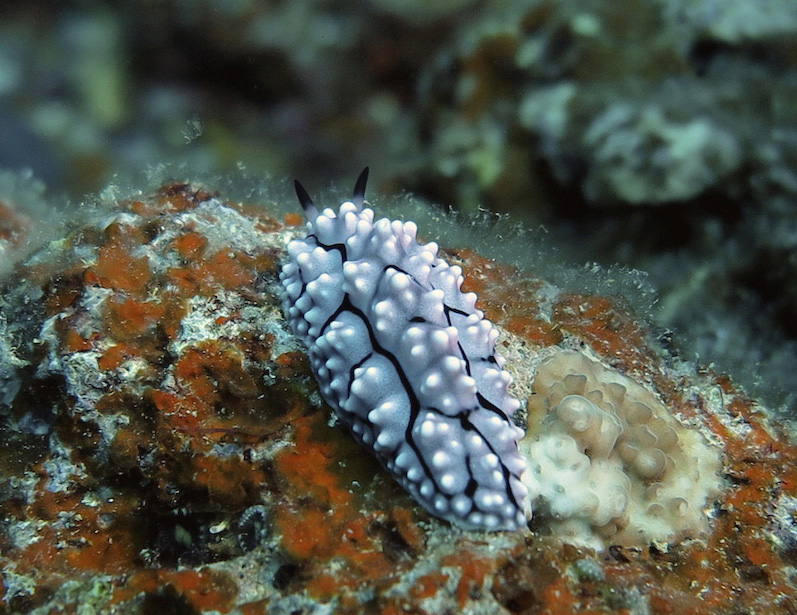 Another Phyllidiella species, I think, though this is a tricky group. (Identifications and corrections are welcome.)

Lastly, a shot above the coral in Bligh Waters. 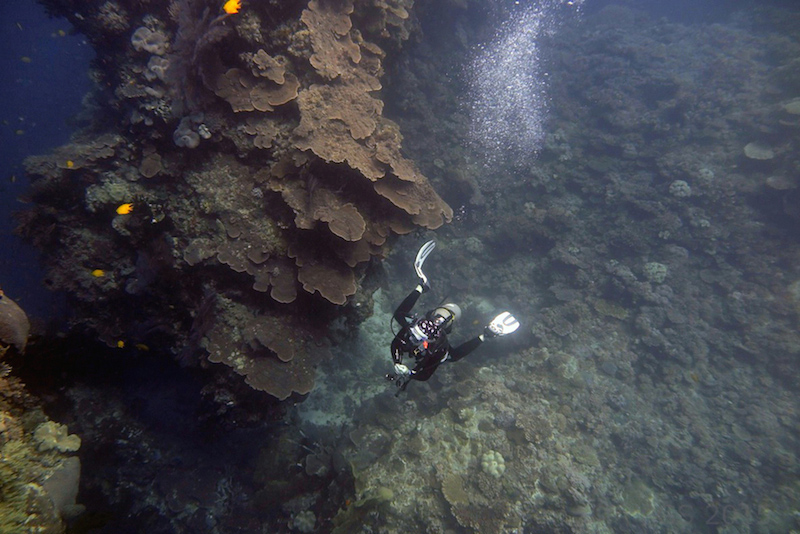 * An inadvertent synonym (in the biologist’s sense of “synonym”) of “Phyllidiella pustulosa” is the very different “Phyllidiella nobilis” – as if the taxonomists were trying, belatedly, to make it up to the nudibranchs.  But pustulosa had priority, and nobilis has been rejected.

Last week our observations at Octopolis were covered in the New York Times and National Geographic. Both stories featured this fight video.

This entry was posted in Nudibranchs and tagged fiji, nudibranch. Bookmark the permalink.