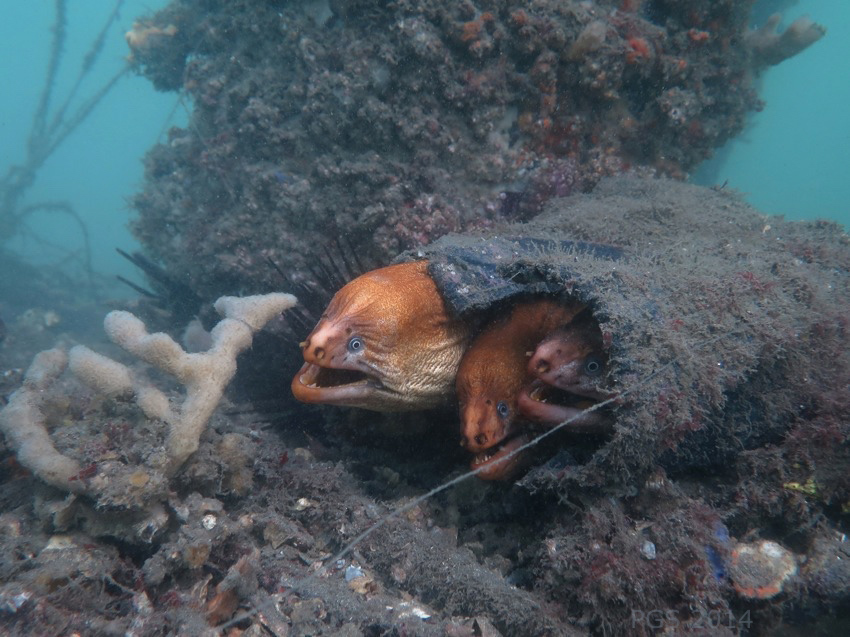 An occasional theme of this website and its predecessor has been coexistence, getting along. My impression is that close proximity between animals who might not always have the same interests, but fall into a low-key truce, might be more common in the sea than on land.* This post is mostly for the photographs, which were taken a year or so ago at Chowder Bay in Sydney Harbor. The animals are Green Moray Eels, Gymnothorax prasinus. These three were sitting together, side by side, in a den that seemed to be comprised of an old piece of fabric or rubber. 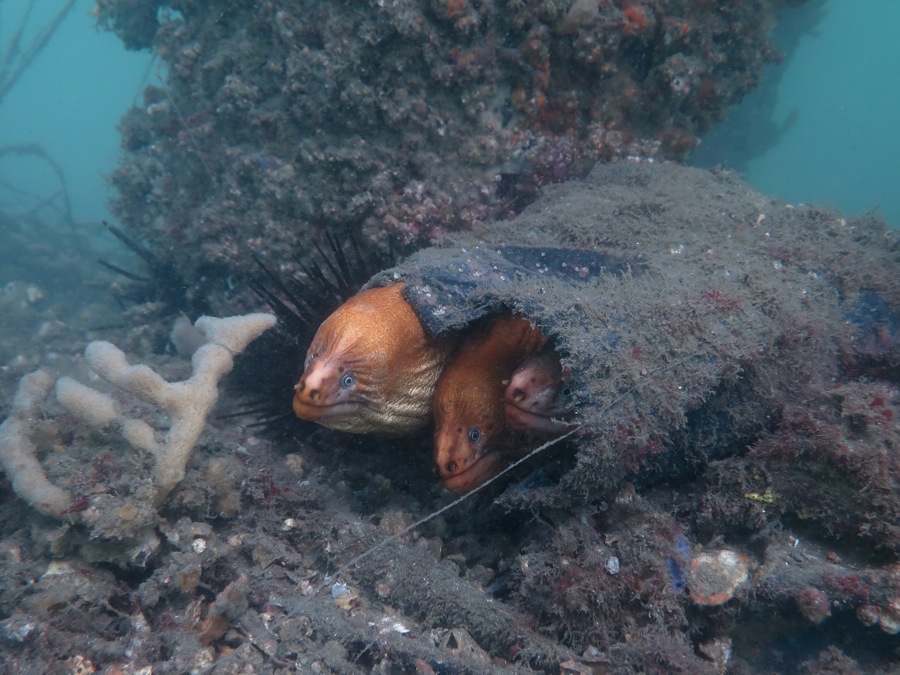 They peered out and jostled each other. This den was a good one, but it appeared that they had a range of den options nearby – that site is a jumble of den-like debris – so it’s possible that there was some sort of preference operating.

Commensalism is a biological term used when animals “share a table,” living in close quarters, with the interaction being neither cooperative or parasitic. Commensals are usually multi-species combinations, but it’s hard to resist calling these commenseels.

I took some video. Round the middle of this footage the central eel seems to sharply bump the eel to its right (our left) a few times, like a serpentine head-butt. I’m not sure if this was a targeted behavior, or just a couple of twitches. The eel who is hit pays no apparent attention.

These seem to be understudied animals. One paper I found discussing behavior in the closely related yellow moray found that they have home ranges but shift continually from site to site. I don’t think morays form mating pairs, and these ones are unlikely to be siblings. Not much seems to be known of eel social mores.

One more shot of this species, seen at Nelson Bay. 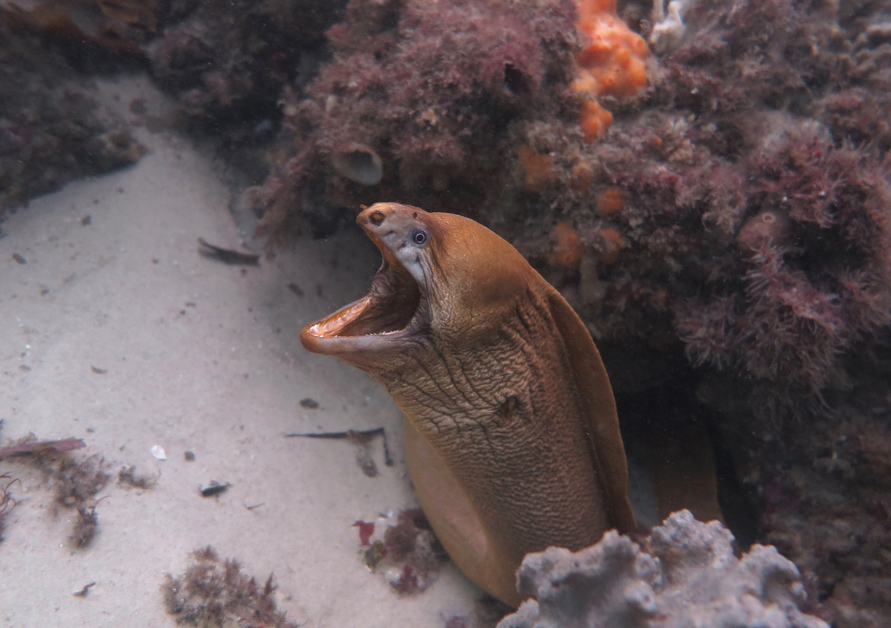 * Here is some impressionistic speculation on this point, not so much about the eels, but other cases. In the sea, a single motion can often carry an animal far – one tail-flick takes a fish many body lengths away. Animals that look languid and slow in normal circumstances can flee in a blink of an eye, if they need to. Movement on land is different. Perhaps this feature of the sea reduces some of the risks associated with proximity.

This entry was posted in Vertebrates and tagged commensalism, moray eel. Bookmark the permalink.