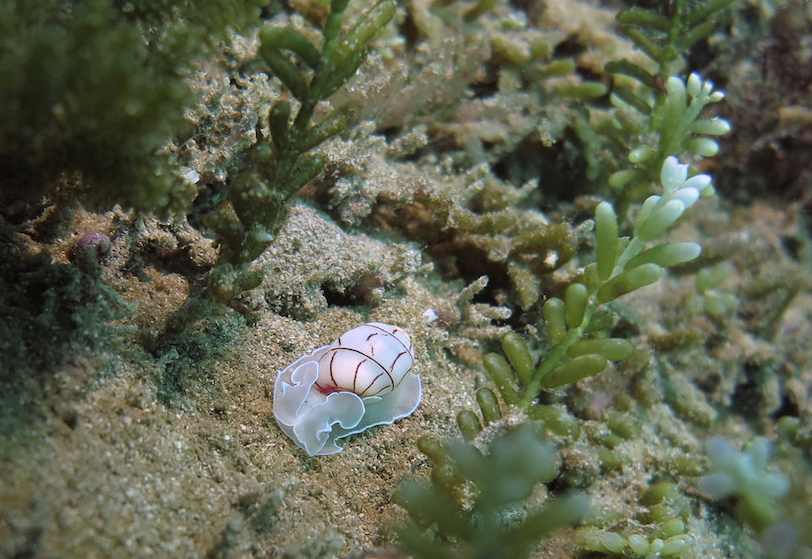 Sometimes I see an animal in the ocean and the only thought to have is why? Why on earth does it look like that? The animal above is Bullina lineata, one of a group known informally as bubble-shells. I saw this one at Jervis Bay, in Australia, last week. I’ve only seen the species once before in the sea, and both times I was quite puzzled by them. As you can see from the photo above, their milieu is a silty and weedy sort of world, and they are very small (the ones I’ve seen were both a centimeter or so long). They crawl around in those dazzling colors and with, for some reason, a large luminous shawl draped over their head.

Here below is the same photo, much closer, showing the animal’s body more clearly. His (and her) eyes are the barely visible black dots between the two sides of the mysterious lobes at the front. 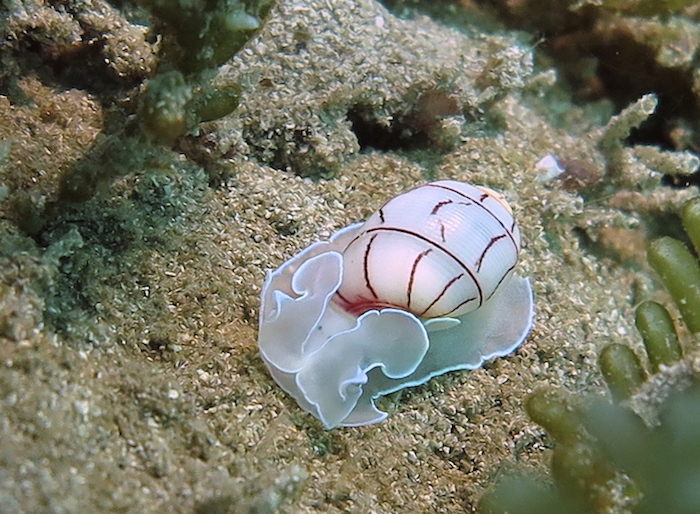 I wondered if it lived like a nudibranch – feeding on a chemically difficult diet of sponge or cnidarian, retaining some of those chemicals in its body, and advertising its inedibility with bright colors. But this little snail seems to live differently, probably feeding on small worms. It can retract entirely into its shell, and some discussions regard it as – speaking metaphorically – occupying an intermediate stage on a road from shell-based protection to the conspicuous nakedness of the sea slugs. This shot shows the scale and context of the animal more explicitly: 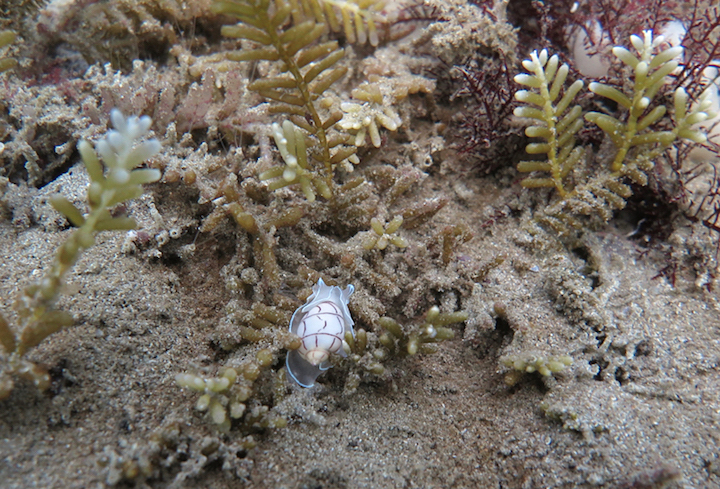 What is going on with the eyebrows/lobes/wands at the front of the animal? As far as I can tell, these are the two sides of a headshield. Bubble shells are related to a group called ‘headshield slugs’, which look like nudibranchs but are not. In the case of those slugs, the headshield has a function of the kind suggested by its name – it prevents sand getting into the the wrong parts of the animal as it ploughs along the sand. The one paper I’ve looked at about Bullina, written by (the legendary) Bill Rudman, describes those frontal structures as a headshield, though the use of this name does not imply anything about their function in Bullina. They might have some non-shielding role.

Below is a photo of a headshield slug, Chelidonura inornata, taken by Matt Lawrence, also at Jervis Bay: 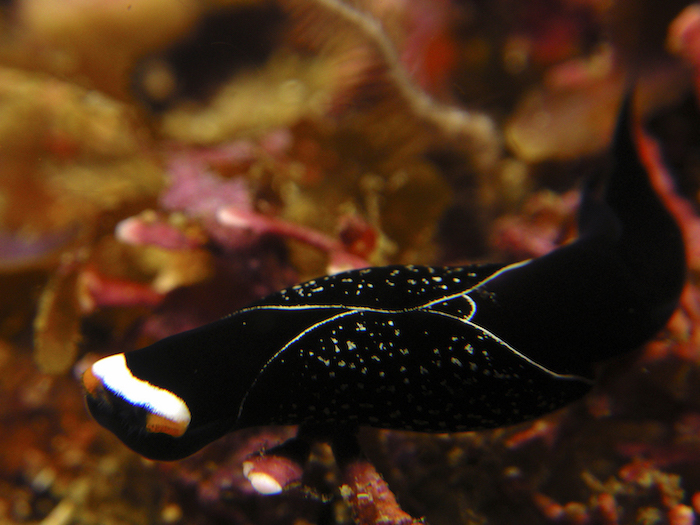 (This animal is called ‘inornata’? With its buttoned tuxedo and a front like a vintage Ferrari?)

Here’s one more of the festive-looking B. lineata from last week. Appropriate for Christmas Day. 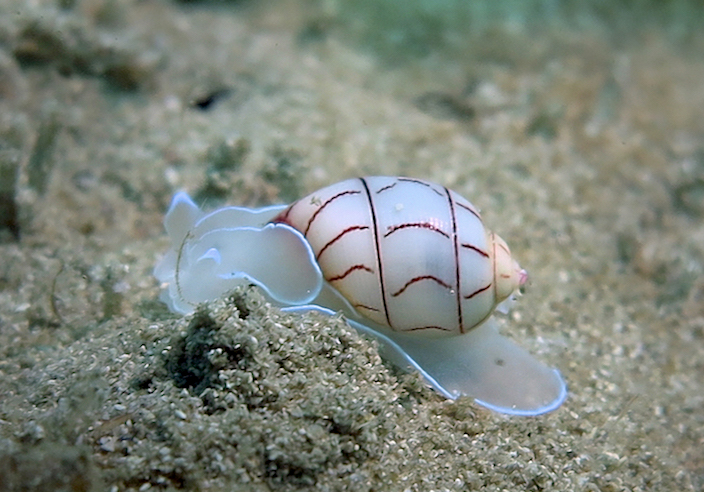 This entry was posted in Color and tagged Bullina lineata, Gastropod. Bookmark the permalink.