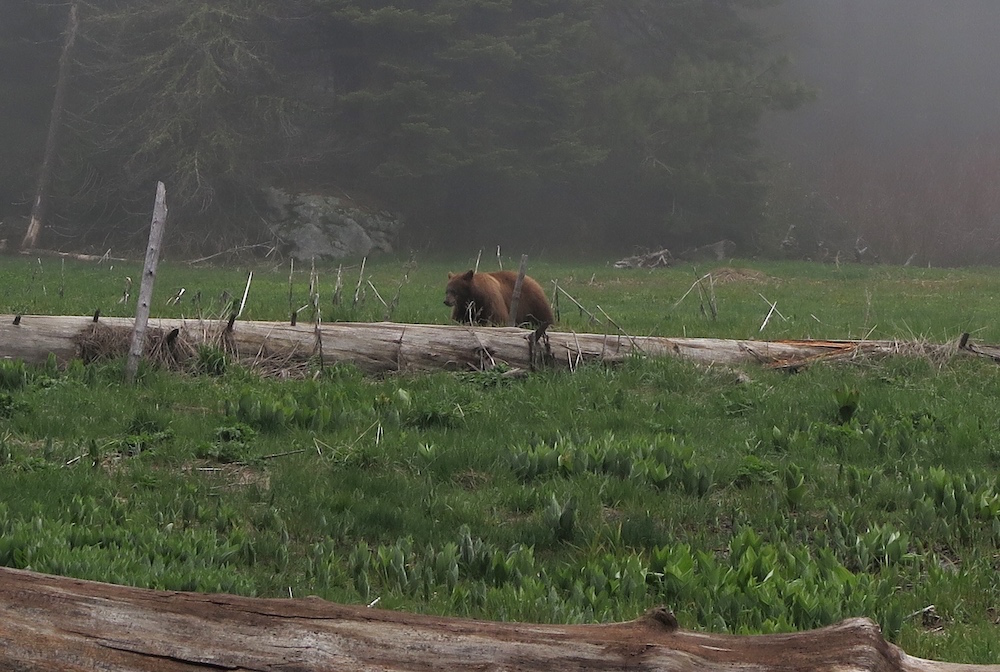 That’s the first bear I’ve seen in the wild. The photo was taken last week in the Sierra mountains of California, where the bear was grazing in a meadow. I stood on a log and watched it for about half an hour, as mist swept intermittently across and obscured us both.

Though it’s brown, I’m told this is a ‘Black Bear,’ Ursus americanus, the only species in the Sierras. It was a tremendous animal to watch, imagining the living engine of dark blood and muscle inside. 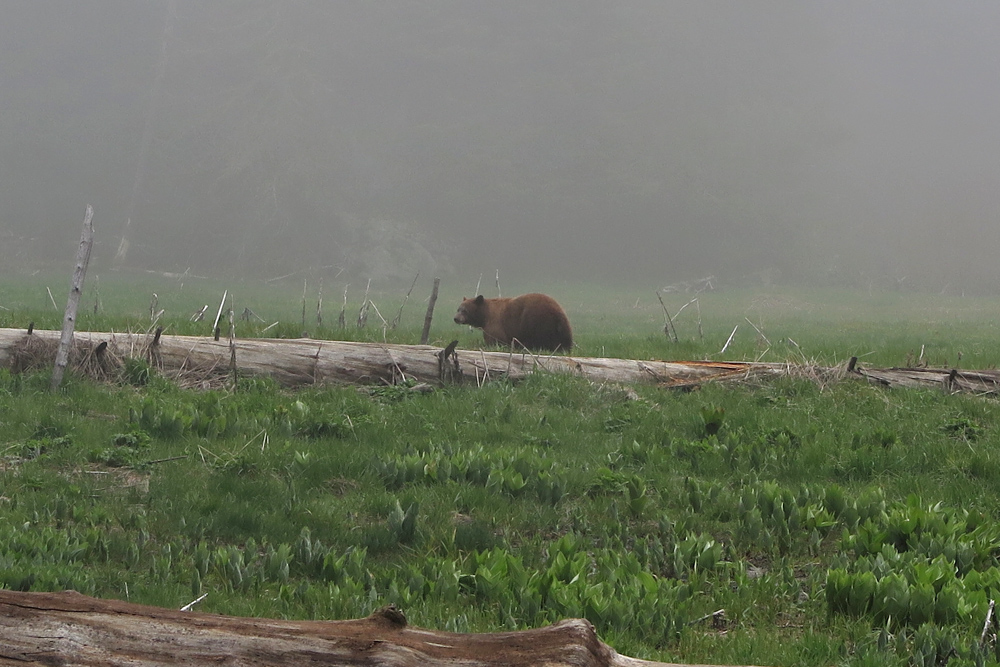 The bear was surrounded by even more massive products of terrestrial evolution, Giant Sequoias. Both of these organisms contend with conditions on land – with gravity, with sharp seasonal changes unknown in the sea, and the fact that water, essential to living activity, is often absent, frozen, or evaporating. To stay alive, the Sequoias continually haul water 250 feet into the air.

The night before seeing the bear we watched the 2010 documentary film Gasland, made by Josh Fox, about mining for gas by “fracking” (hydraulic fracturing) and its effects on the environment in the US. One of the film’s strengths is a theme of land and water, a recognition of how waterways connect disparate parts of the US – with tiny creeks running into streams and forming rivers, and the invisible movement of water beneath the ground. Water moves through the landscape, and so do contaminants, including the toxic chemical mixes that fracking requires. 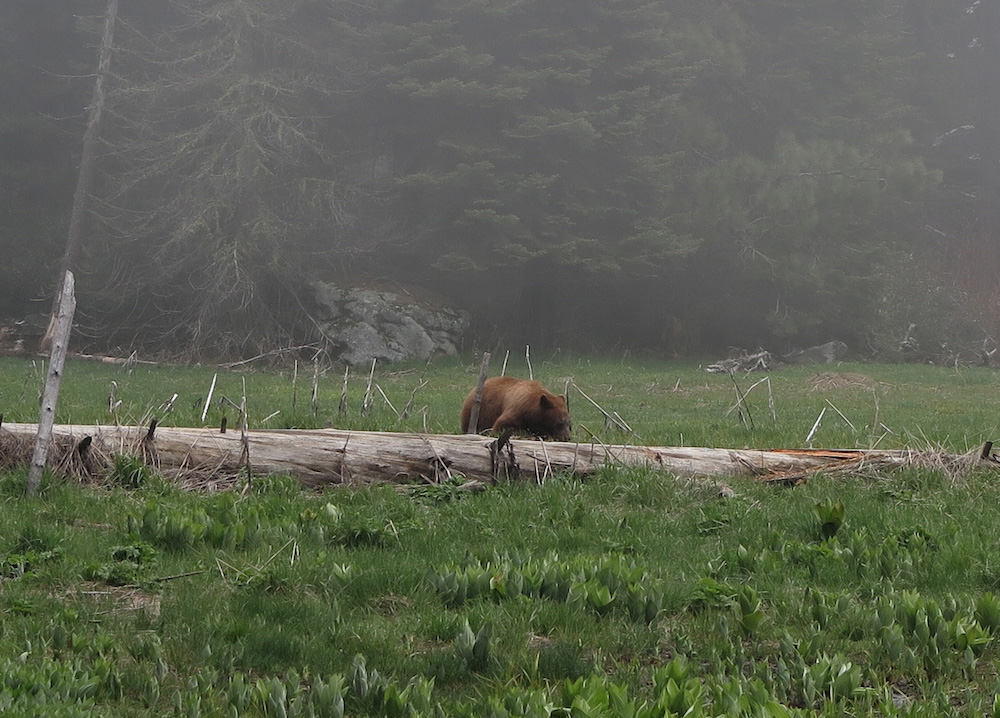 Fracking seems to be doing bad things to America’s water. I am sure the details of the damage can be debated, but what is most disturbing about the situation is the resistance to oversight and the determination to drill now. In one of the most memorable moments in Gasland, Fox says, looking at a fracking rig in Wyoming, that it reminds him of a car made in 1890 – a car with no seat belts, no emission controls, a car lacking a thousand safety devices yet to be invented. The damage an out-of-control car can do is relatively local and temporary, too, unlike the damage that comes from the contamination of water. It might be unrealistic to expect that this gas will never be exploited, but it can’t be unrealistic to insist that it happen slowly, with an abundance of oversight, with a refusal of any headlong rush driven by “shareholder value.” The scale of the issue is too big for that. 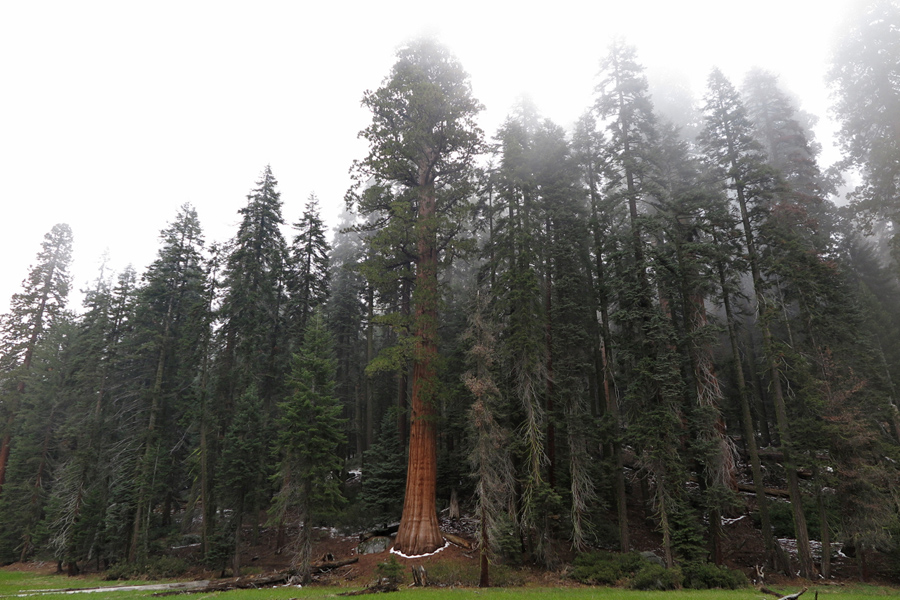 The same issues with fracking and gas mining are now arising in Australia, including the same push to mine and make the money immediately, in spite of the risks. Lock the Gate opposes fracking in Australia. The NSW government recently passed laws that include severe penalties for interfering with fracking operations, including prospecting. The penalties include up to 7 years jail. When a government starts to penalize environmental protest with jail terms that would otherwise be applied to serious crimes, you know something has gone wrong.

A good summary of fracking issues, from the National Resource Defense Council, is here.

This entry was posted in Vertebrates and tagged bear, fracking, gasland, sequoias, sierras. Bookmark the permalink.