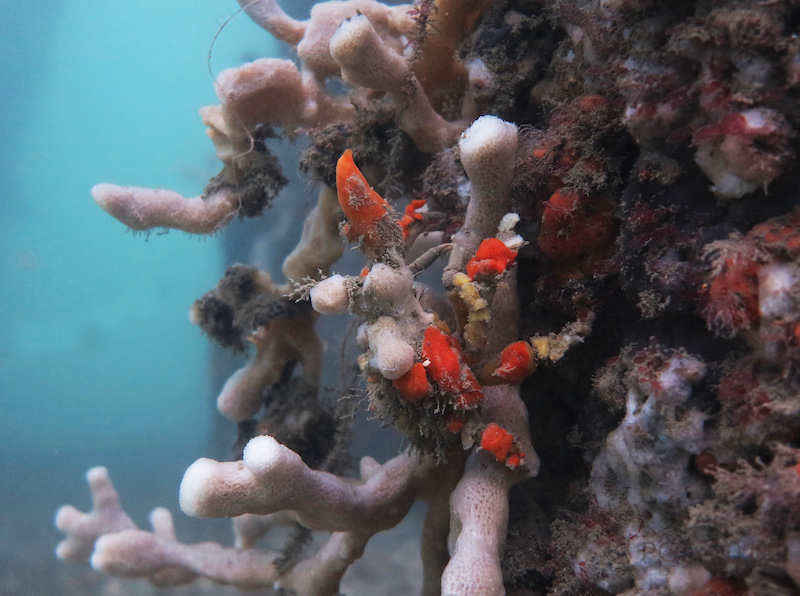 Panpsychism is the idea that a little glimmer of mind is present in everything in the universe; all of what we call “matter” has a partly mental nature.

As a solution to the problem of the relation between mind and matter, this is an extravagant view; I don’t think anyone denies that. G.W. Leibniz, who I discussed in the previous post, defended a version: “in the smallest particle of matter there is a world of creatures, living beings, animals, entelechies, souls…. Each portion of matter may be conceived as like a garden full of plants and like a pond full of fishes.”

This extravagance kept panpsychism on the fringes of philosophy for some time, but it is being discussed actively again, and defended, though without the aquatic-botanical coloring of Leibniz. Thomas Nagel, in 1979, wrote the first important paper in the revival, a serious and carefully considered defence of panpsychism as an option. More recently it has been developed and defended, with different degrees of commitment, by Galen Strawson, David Chalmers, Philip Goff, Sam Coleman and others.

I don’t buy it at all, but I’ve been thinking about unorthodox options in this area, and by diagnosing the problems of panpsychism it might be possible to move towards a better view. 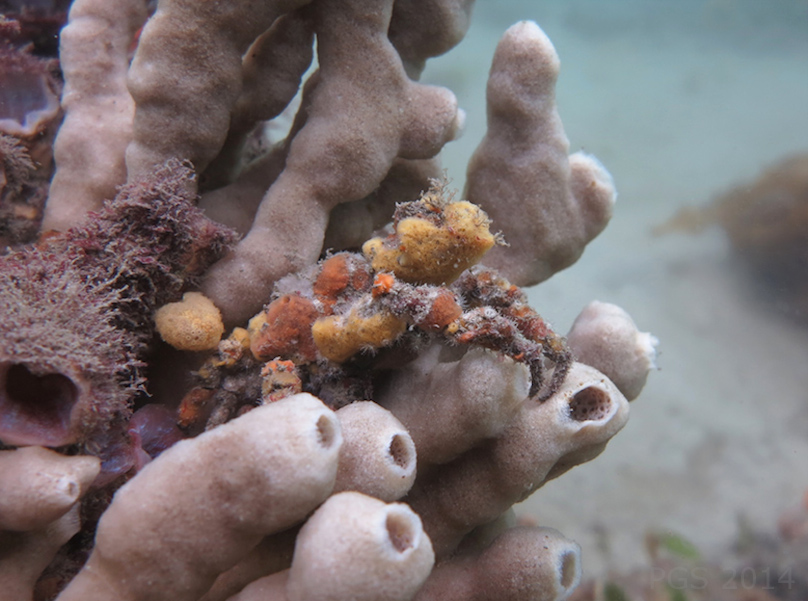 What images do you use to illustrate a post about panpsychism? They could be anything, as everything is said to have a glimmer of mind. I’ll use decorator crabs. These crabs clothe themselves with bits of living sponge and algae, and encourage other forms of life to grow up on them. They look like they’re being parasitized, and perhaps some of what’s growing on them is unwelcome, but much of it is welcome, for camouflage and (I think in some cases) deterring the predators that see them. Decorator crabs are strange subjects; part organism, part ecology. Some have barnacles and other quite substantial animals living on them. Here below is a close-up of the one above. I think that along with the sponges, many organisms we’re seeing are hydroids; those are the delicate flower-like objects on the right knee and elsewhere. 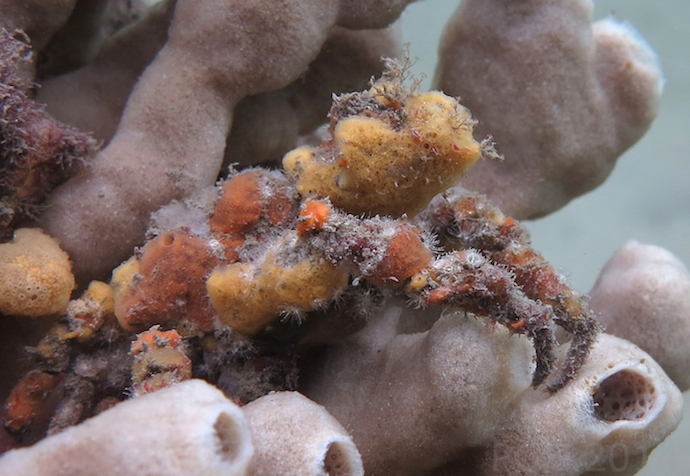 Why do panpsychists think that all matter has a scrap of consciousness or mentality? Because we have minds, minds can’t be explained as arising from merely physical goings-on, but there are no soul-like additions to the material world, either. It is very hard for a view to be compatible with all three of these assumptions, but panpsychism is. So, they say, mind is present in all matter, and it must have been there from the start.

The premise I’d question is the one about unexplainability. The history of science shows us how difficult it is to predict what sort of explanation one kind of thing might provide for another. But rather than going down that road now, let’s ask: might panpsychism be true? Is there some reason to say it can’t be?

Among panpsychists there is much discussion of a problem raised by William James, writing around 100 years ago. James said: if each scrap of matter did have a little mind, it would be a little subject, with its own point of view. How could those micro-subjects combine into a single large-scale mind of the kind seen in a whole human? Subjects don’t seem to be the kinds of things that can combine like that.

One way to handle the problem is to say that micro-subjects can be combined after all. Another is to develop panpsychism without micro-subjects. I don’t think the idea of combining of subjects into larger ones is really so bad, but thinking about that first option leads, I think, to an appreciation of problems with the whole idea of a micro-subject. There can be smaller and larger subjects, certainly, but being a subject seems to require being a complex, structured thing. It requires being bounded, traffic of some sort across that boundary, and capacities for sensing and response. Whatever the raw materials might be, these features imply organization; they can’t be present in the very simplest things. 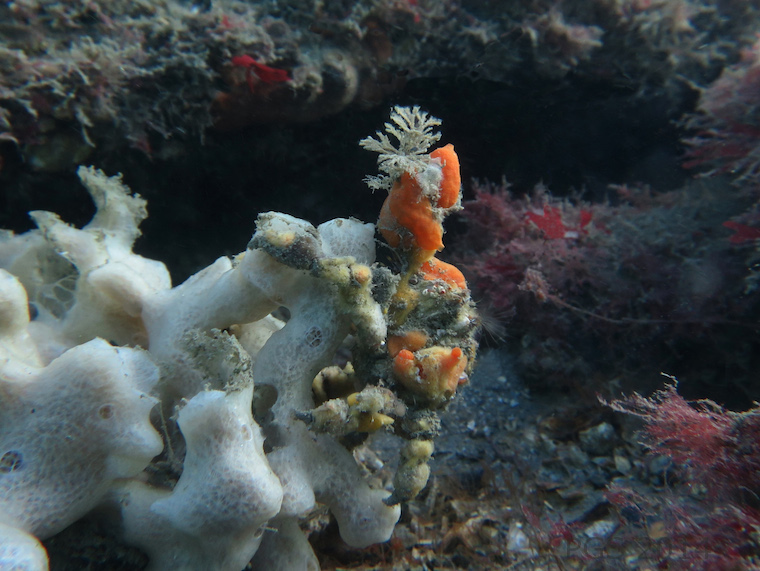 The second option is to defend a panpsychism without micro-subjects. An initial response you might have to this is to say that the idea of a mental thing which is not a subject is oxymoronic; it makes no sense at all. I agree. But we shouldn’t worry too much about the labels here, and perhaps there is a cousin of panpsychism that can do better than the original view. Sam Coleman defends a position like this: being a subject does, he think, require being complex and structured. But the basic, simplest ingredients of the world are, or include, feelable qualities (like colors, he says) which exist in their own right, and can then be perceived by subjects like you and me.†

A view like this faces a dilemma. (From here I am making use of an email exchange with Coleman and I’ve revised the first published version of this post.)

Suppose that the qualities that pre-exist really are the sorts of things we experience, and are hence very different from properties of the sort described in physics. Then consider this view from an evolutionary perspective. The universe must start out with many experiencable qualities lying around, but no subjects to experience them. Evolution then gives rise to complex systems (us and other animals) which are subjects, and can experience these qualities.

Why were these experiencable qualities lying around waiting to be experienced? If animals had never evolved, would the world be full of unfelt feelings that waited around for subjects forever? Some evolutionary-cosmological story has to be told about why experiencable qualities existed in advance of experiencing subjects, and how things like us evolved to have contact with those qualities.

Thomas Nagel, who I said above is the father of contemporary panpsychism, has said explicitly that mainstream evolutionary theory is flawed, and a more teleological view may be needed. (I’ve argued that this is one of the weak spots in Nagel’s work.) This is how the cousin-of-panpsychism would have to go, if the first option was taken.

The other option is to give the experiencable qualities as much of an ordinary role in the physical world, including the world as it existed before life, as possible. Then evolutionary theory and cosmology need not be so extensively revised. But to the extent that this road is taken, these pre-existing experiencable qualities will have as much distance from the peculiarities of the mental as the properties that ordinary physicalism makes use of. The problem with minds and bodies is that the mental is both weird and a late-comer, the product of a time when nothing like it existed. 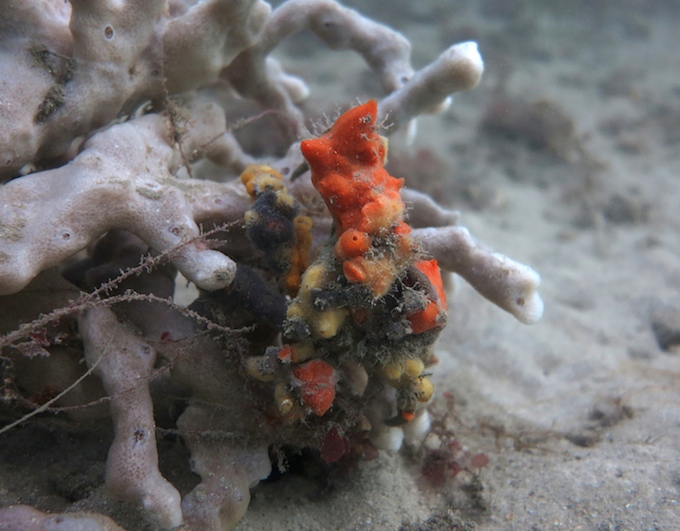 How else might the pieces be put together? Minds are aspects of living things. Living things, in turn, are complex and organized. The origins of the mind lie in proto-cognitive capacities of simple living systems, which sense and respond to the world. Single-celled organisms are the start. Here, with the simplest systems that maintain their boundary, control the to-and-fro across it, and direct their activities towards maintaining some states and avoiding others, are the simplest things akin to subjects, things with the beginnings of agendas and points of view. Single-celled life eventually gave rise, through evolution, to multicellular organisms like us, in a comprehensible form of “combination,” where the subject-like individuality of cells is largely lost in the formation of larger living units.

Notes: The decorator crabs are probably all Hyastenus elatus, though I don’t know if there are other species in the area, and it wouldn’t be easy to tell them apart. The photos are all from Chowder Bay, Sydney Harbour, except for the second, from Nelson Bay. They were taken with natural light. Who would have thought, 20 years ago, that Sydney Harbour would ever have water as clear as this? There has been much progress.

† Coleman, in a new paper, calls this view panqualityism.

This entry was posted in Arthropods, Bodies and Minds and tagged consciousness, panpsychism. Bookmark the permalink.