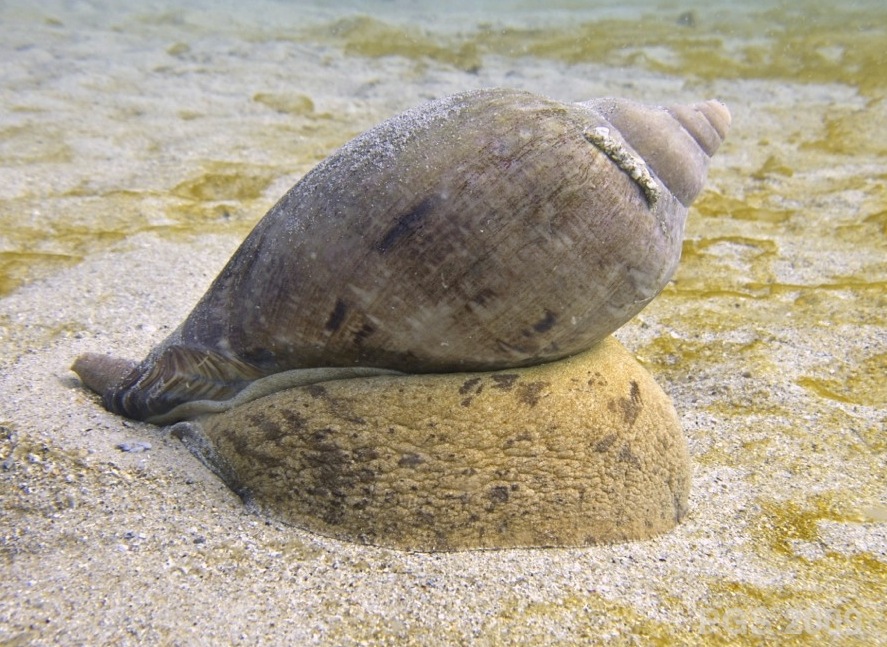 The animal above is a Volute, a large marine snail. The species, well-named, is Cymbiola magnifica. They stroll around on the ocean floor off the coast of Sydney.

What do they sense? Most gastropods have eyes, including quite sophisticated ones in some cases, but I am not sure if Volutes can see much at all.† The proboscis visible on the lower left seems to be the focus of their sensing; it is extended and waved about as they move. I assume the proboscis detects chemical traces – smells – and it also responds to touch. How does the world seem to such an animal?

The way some people would ask the question is like this: what is in the Volute’s Umwelt – its self-world, the world of its perception and actions. This concept is due to the German/Estonian biologist Jakob von Uexküll, who worked on behavior in the early 20th century. Von Uexküll and the Umwelt have also had considerable influence in philosophy. The Umwelt is favorably discussed by Heidegger and Merleau-Ponty, and more recently in Evan Thompson’s book Mind in Life. Right at the moment the word seems to be arising more often – over the past few weeks I’ve seen it defended in philosophical discussions several times.* I was at a dinner party a year or two ago sitting next to a very eminent literature professor, and when he heard what I work on, he leaned across and asked: what do I think of the Umwelt? 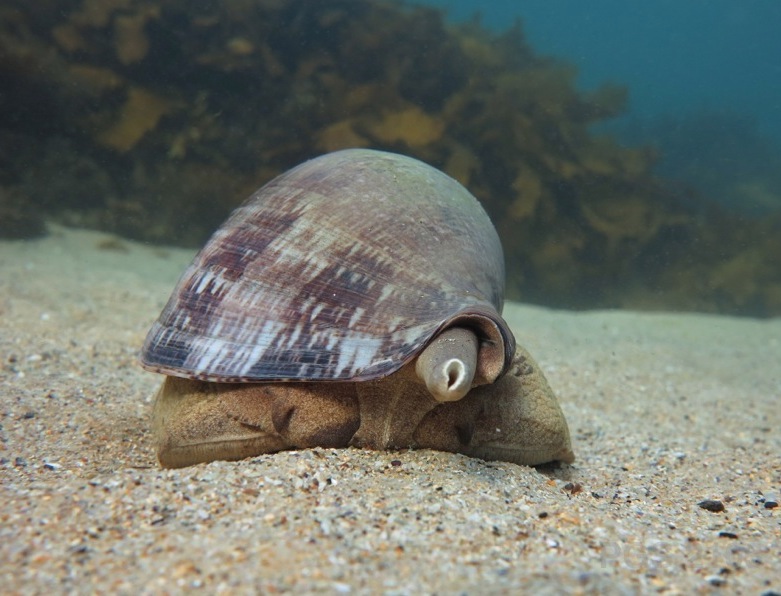 Von Uexküll’s most famous book is A Stroll Through the Worlds of Animals and Men (1934). It’s very good. Von Uexküll wants to understand the simplest kinds of living subjects: organisms with a point of view and means for sensing and responding to events. He also emphasizes the loops that link perception and action; not only does what is done depend on what is sensed, but what is done now will affect what is sensed at the next step. Different sense-modalities (vision, touch) feature different kinds of feedback between sensing and action (was von Uexküll the first person to write about this last point?). All this is good. But then we reach a further idea, the idea that each organism inhabits its own world, which is comprised by a combination of what is sensed and what is acted on by that organism.

We no longer regard animals as mere machines, but as subjects whose essential activity consists of perceiving and acting. We thus unlock the gates that lead to other realms, for all that a subject perceives becomes his perceptual world and all that he does, his effector world. Perceptual and effector worlds together form a closed unit, the Umwelt.

It is this closed nature of the Umwelt that is crucial here:

We may therefore picture all the animals around us, be they beetles, butterflies, flies, mosquitoes or dragonflies that people a meadow, enclosed within soap bubbles, which confine their visual space and contain all that is visible to them.

Here’s one of his pictures (simplified a bit), emphasizing the closure:

This idea of closure I see as an important error. There are indeed loops that connect what is sensed with what is done by an organism – not merely arrows from sensing to acting, but arrows going the other way, too. The right picture, however, would be one in which what we perceive at any given moment has two sources. One source is our prior and present actions, and the other is a set of events that are outside our control. It’s surely a central feature of our interaction with the world that we can shape some of what we sense by what we choose to do, but not all of it. In a biological context, a particularly important source of anyone’s experience is what other organisms are doing.

We can walk through an imagined sequence of investigations, in which the Umwelt concept seems useful at one stage, and has to be abandoned at another. Suppose we are investigating some unfamiliar animal, like a Volute. We might initially assume that it perceives the world in a way roughly similar to the way that we do, and this would often be a mistake. For a Volute, the visual might be almost irrelevant, while subtle plumes of chemicals imperceptible to us make up a complex landscape around it. The Volute acts in response to those chemical traces, and thereby affects what it senses next. The soap-bubble image might be tempting. But suppose we then take a step back and consider the Volute’s relations to other organisms; we adopt the viewpoint of ecology, in a broad sense of that term. This is the viewpoint in which we consider the combined interactions of lots of organisms with different ways of life, different capacities to sense and act, all together in the same place. Then the Umwelt concept is not just unnecessary but unuseable.

A clear way to see this is to note that once we adopt this viewpoint, indirect effects become important. Suppose organism A cannot perceive organism B at all, and cannot react to its presence. However, A’s behaviors have consequences for B, what B does has consequences for C, and C is crucially important to the behavior of A. There is a chain of effects from A through B to C and back to A again. From A’s point of view, B is perceptually absent, completely out of the soap-bubble, but what B does is relevant to A, because of further steps in the chain.

Putting it more formally, being able to perceive is a non-symmetric and non-transitive relation. Non-symmetric: if A can perceive B, that does not mean that B can perceive A. Non-transitive: if A can perceive B, and B can perceive C, that does not mean that A can perceive C. When we think about the world from an ecological point of view, all sorts of organisms that A can’t perceive will nonetheless be relevant to it, and all sorts of factors that A can’t act on directly will be indirectly affected by what A does. Ecologies form networks in which indirect connections and asymmetric relations are common and important. These networks do not resolve into bubble-like subworlds around each organism. 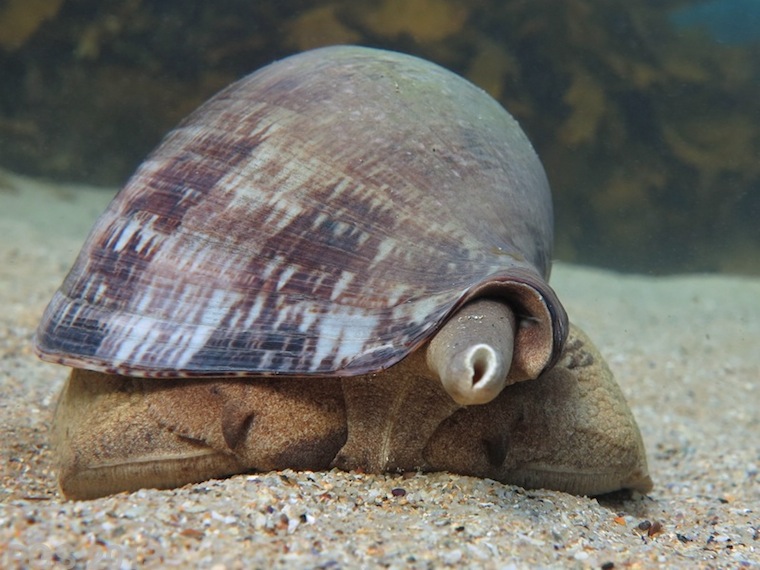 The viewpoint of ecology is exactly the viewpoint that Von Uexküll wrongly thought had been undermined by science and philosophy:

We are easily deluded into assuming that the relationship between a foreign subject and the objects in his world exists on the same spatial and temporal plane as our own relations with the objects in our human world. This fallacy is fed by a belief in the existence of a single world, into which all living creatures are pigeonholed.

Once the importance of indirect effects is recognized, we are back in that “single world.”

Von Uexküll is popular now for both good and bad reasons. Good ones: his acute interest in simple forms of subjectivity and their variety across organisms. Bad ones: his Umwelt is wrongly seen as giving a scientific foundation for a subjectivist vision of the world which is perennially tempting but mistaken. Instead, subjects inhabit ecologies containing other subjects. 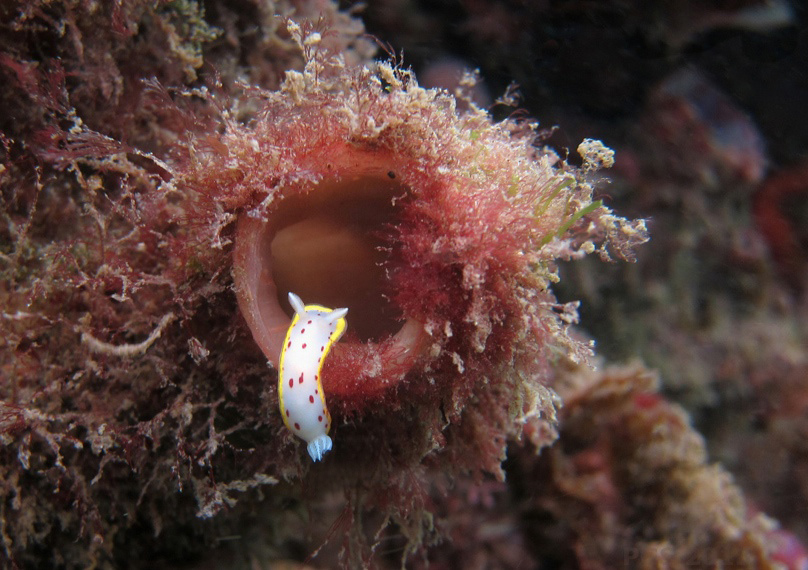 * The defenses of the Umwelt in the discussions I mentioned near the top came from Eben Kirksby and Kristin Andrews. Peter Mandik and Andy Clark have a philosophical paper about Umwelten here. Colin Allen has one here.

† A while back I did an inconclusive Volute vision test. Update: I found another Volute photo in my collection that includes good candidates for eyes, which are not apparent in the photos above. See here.

A film that illustrates the Umwelt-breaking theme of indirect connection is Cloud Atlas, which can be compared to the Wachowskis’ more solipsistic The Matrix.

This entry was posted in Bodies and Minds and tagged environment, Umwelt. Bookmark the permalink.