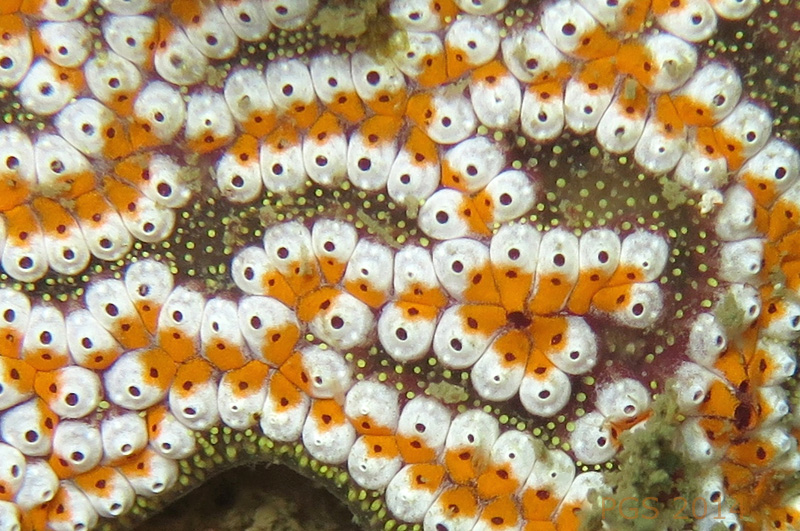 The word “metazoan,” if unpacked semi-literally, would mean something like beyond animals, or after animals. The Greek prefix “meta” has evolved in scientific and philosophical English now to mean something more like above, or higher-level. (A metalanguage is a language for talking about another language.) Metazoans are multicellular animals. I am not sure if “meta” there originally meant higher, or is a reference to the idea of multicellularity, the idea of an organism made of organisms – living cells.

To be multicellular, a meta-organism, requires a patterning of parts and coordination between them. The cells in our bodies self-organize, differentiate, and produce a form quite different in shape from themselves. This requires some sort of interaction, “signaling” in a broad sense of that term, or another process whereby each unit affects the micro-environment encountered by other units, perhaps just by shielding or filtering external stimuli.

There are also organisms that would more truly deserve the name metazoan, as they are made not only of cells, but of organism-like units that are themselves multicellular animals. These units are often called zooids. Zooids are partly autonomous, with a life of their own, and partly integrated with others of their kind. The photo at the top is a colonial ascidian, Botylloides leachii, seen at Chowder Bay in Sydney Harbor last year. (The photo is zoomed in – here’s a shot from further back.) Each zooid is a miniaturized sea squirt, with holes through which water is passed for feeding.

Given this, it was interesting to see the form taken by another colony at the same site: 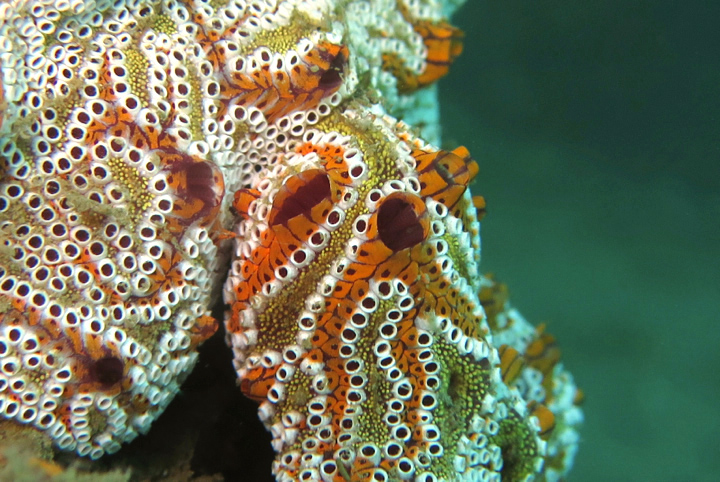 Rather than a loosely organized carpet, the colony forms a shape in which many zooids together create an outflow spout (a siphon). If you look closely at one of the siphons you see that something like five to eight zooids have combined their bodies to form it. (The beginnings of some of these can also be seen if you go back to the colony at the top.) 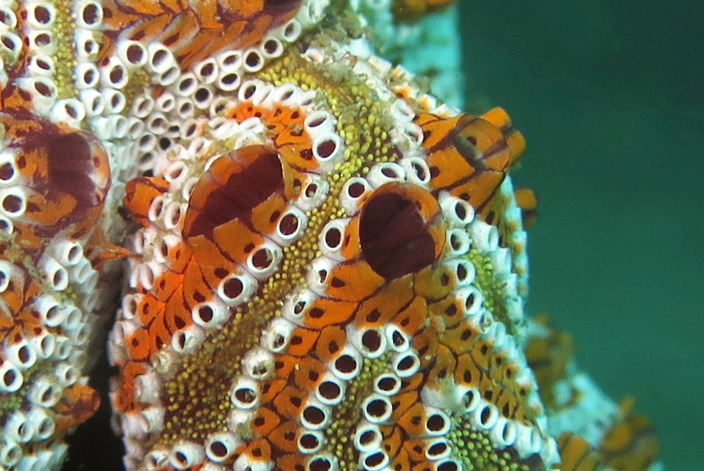 So this is a meta-ascidian, and a metazoan in that richer sense. Within each ascidian zooid, there are spout-like siphons. Each dark patch within a white area is the incoming siphon for a single zooid. This, again, is a little multicellular animal of its own. One zooid buds off from another, and the colony is made up of genetic clones. But the colonies organize themselves to produce a collective spout, a meta-spout, as well.

I’ve spent some time puzzling over some features of these photos, with help from ascidian expert Mary Beth Saffo. For example, if the huge collective multi-zooid spouts are outflows, and the white spouts are inflows, what are the apparent holes in the center of the orange patch on each zooid? Are there individual outflows as well as the collective ones? I assumed these are indeed holes, but Saffo suspects they are patches of pigment, patches of darker color, so the zooids have individual intakes and collective outflows only, where the orange “posterior” end of each zooid (the end far from the intake) collaborates in the formation of the outflow, and the zooid has an unseen way of passing water from its individual body to the collective outflow. (I am sure “posterior” is nothing like the right word to use here.)

The only way to work this out for sure is to get back to the site and take some flash photos very close, and also, as Saffo suggests, to suspend some colored liquid near the colony to watch its movement in and out. I’ll do this as soon as I can get back there.

Like Saffo, I marvel at the ability of zooids to organize themselves into these shapes, a scaled-up and simpler version of the invisible organization of cells into our animal bodies. I like also this facet of scale-invariance in the ascidian form, where collectives recapitulate a central feature of the shape of each zooid. It is as if an ant colony formed a giant ant, or a collection of humans came together, each human a patterned collection of cells, and with no overseeing control they formed a pattern from which emerged the shape of a single huge person.

I assume the green dots in each of the photos above are bits of algae, living among the ascidians. [* No – see the comments below for a correction].

Saffo’s work on these animals includes the discovery of a very unusual symbiosis. A larger ascidian contains a symbiotic apicomplexan. This is the group of single-celled organisms that includes the malaria parasite, and many other thoroughly and resolutely parasitic creatures. Only ascidians seem to have tamed them.

Ascidians are surprisingly close to us on the evolutionary tree – closer than other invertebrates. Their location is discussed here. Speaking of colorful invertebrates, last week I came across a slightly less irritable, slightly more patient serpulid worm, of the kind discussed in the previous post. 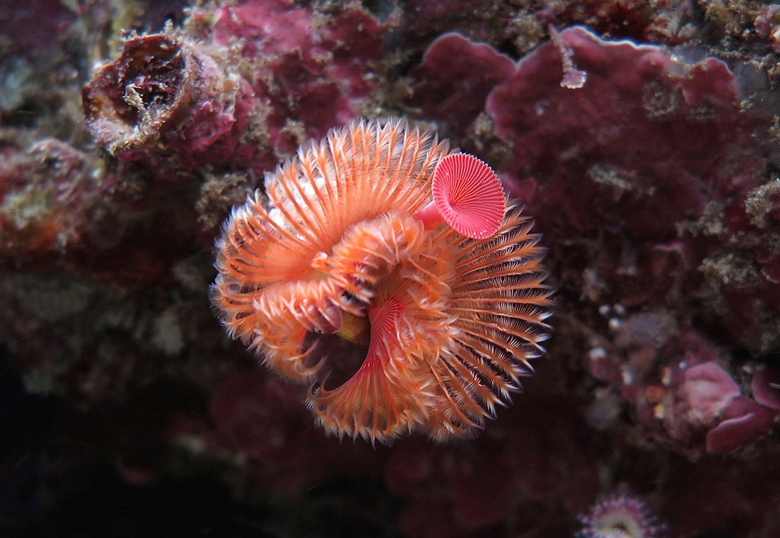 This entry was posted in Bodies and Minds, Tree of Life and tagged ascidian, Botrylloides leachii, metazoa. Bookmark the permalink.