A couple of weeks ago while diving I found a large octopus underneath a jetty at Chowder Bay in Sydney Harbour. To get a good look at him, I had to come right under the jetty into the dark. He sat calmly, mostly out of his den, facing away from the sea. I watched the octopus, and he watched me. 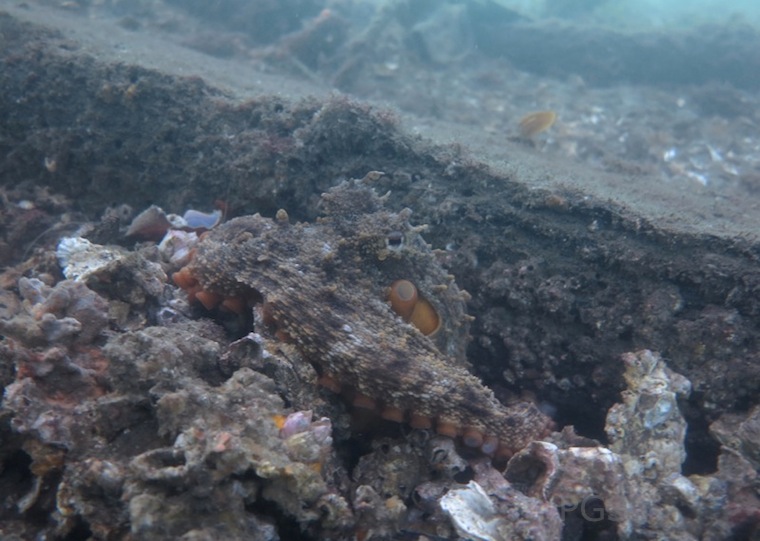 Then the octopus moved – not back into his den but sideways, pretty quickly. I looked up and saw a huge shape coming towards us from the sea side. 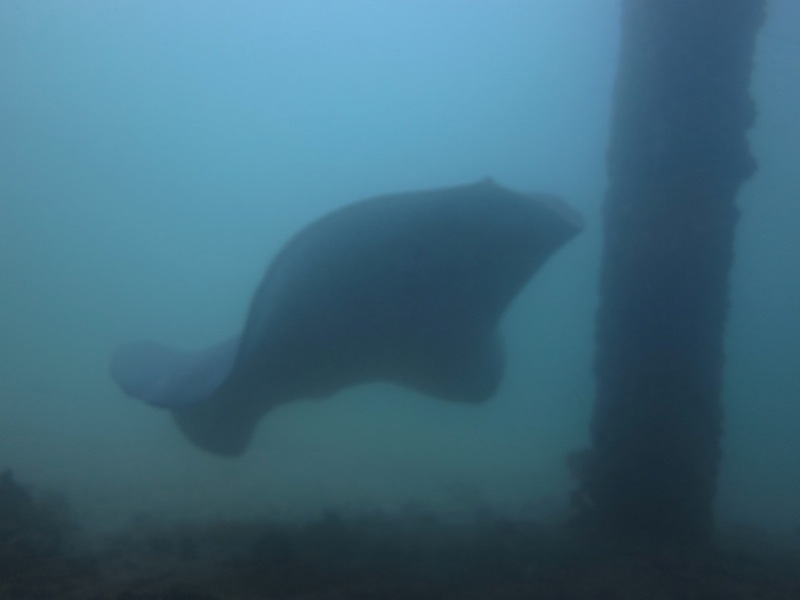 It was a stingray, gliding in like a monumental, soft-bodied UFO. I don’t know how big it really was, but it looked, in that context, about the size of a small car. It was probably a Smooth Stingray or a Black Stingray. The ray was soon under the jetty, and there were, for a moment, too many bodies in the small space. But the ray kept transmitting itself through and I edged over to the side (the other side from the octopus). 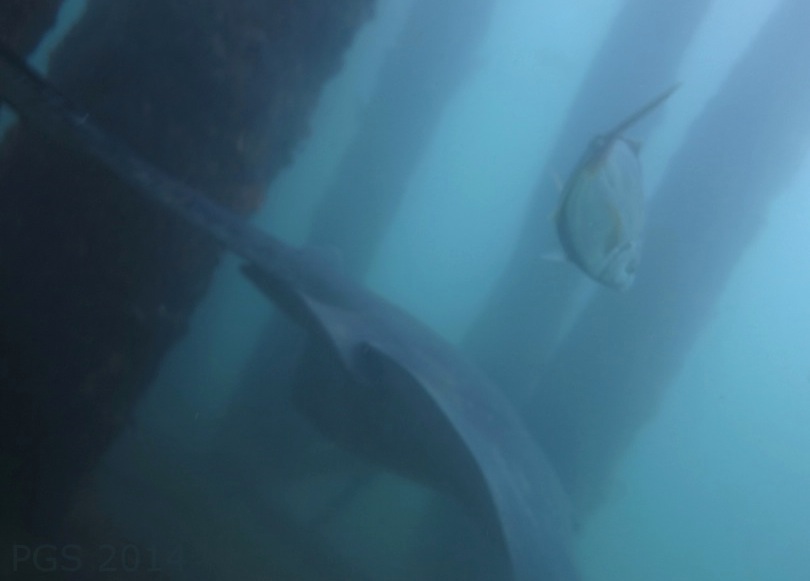 The tail came by and I saw the barb, looking like a large chef’s knife.

Then the ray was gone, out the other side of the jetty. The octopus was sitting among some urchins on the far side of the submerged beam where I’d found it. I came out of the corner I’d retreated into, and the octopus scampered back along to its den. 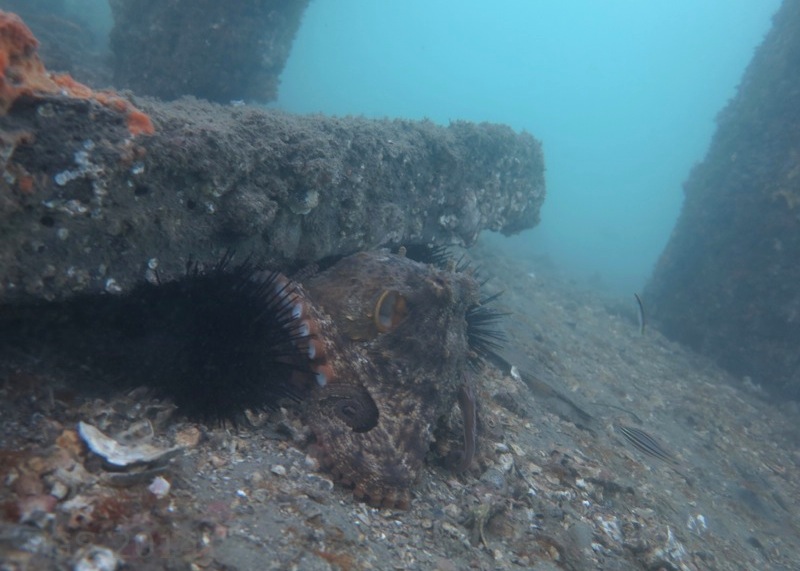 The octopus’ behavior was interesting for a couple of reasons. First, I was surprised how quickly the octopus saw the incoming ray. The top photo of the ray above was taken a second or two after the octopus had begun to move, so the ray was a fair way further off when the movement started. The ray was also almost directly behind the octopus’ head, coming in from the sea while the octopus faced forward into the gloom.

Second, the octopus didn’t react by pulling itself under the hard beam or slab that provided a roof to its den – which I’d have thought would be quite safe – but went into the open, moving along to a spot away from the direct path of the ray. I’ve never seen an octopus take evasive action in this way before. Usually they vanish in to whatever is around them.

Rays, including the smooth stingray, have electrical sensing organs, the beautifully named Ampullae of Lorenzini. They can detect small animals hiding in the sand by eavesdropping on the electrical activity in their brains and muscles. Some other kinds of rays, such as the numbfish, can produce strong electric fields, for stunning prey and/or defense. For a moment I wondered about some sort of electrical basis for the octopus’s early detection of the ray – the octopus detecting a field produced by the ray – but I’ve not found any evidence for this, on either the octopus side or smooth stingray side. I suppose octopuses just have very wide visual fields, and take giant incoming rays seriously.

This entry was posted in Nervous Systems, Octopus, Vertebrates. Bookmark the permalink.