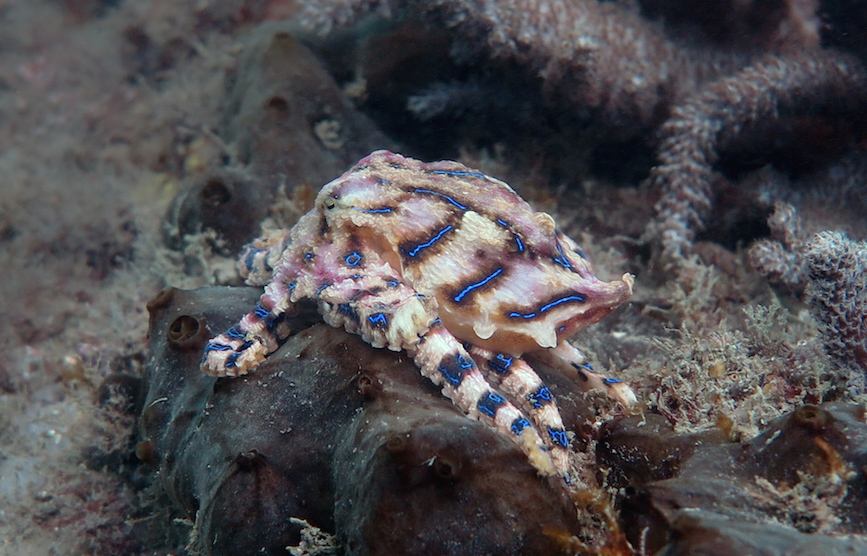 This is a blue-lined octopus (Hapalochlaena fasciata), seen at Fairlight in Sydney last month. My previous post was about an octopus signaling paper; the animal above is perhaps the most famous octopus signaler, and the message is: back off!

The blue lines are not always visible; they’re produced when you get too close. If you get even closer and the animal bites you, you can be dead in minutes. Their bite contains tetrodotoxin, one of the most powerful nerve poisons. Here’s a close-up, showing the lines. 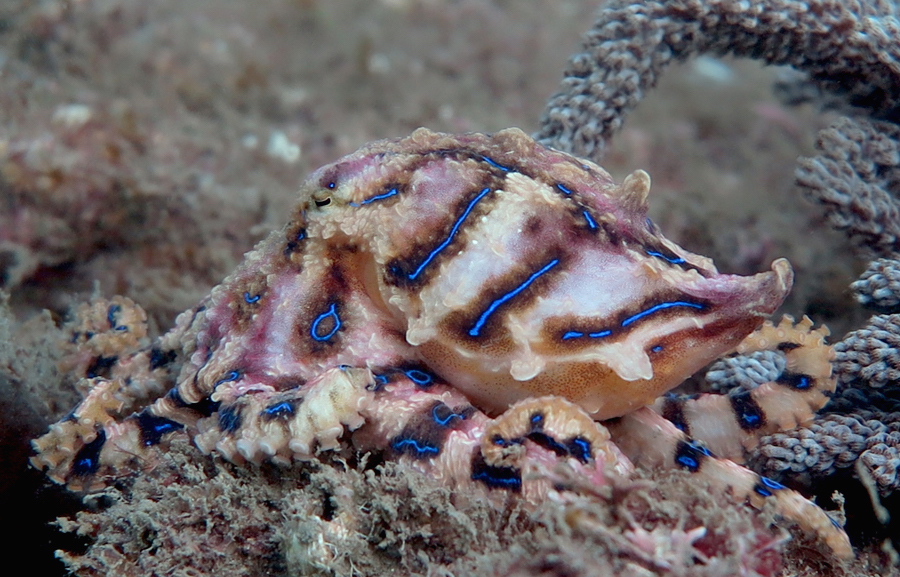 I think I’d have found these animals disconcerting even if I didn’t know what they can do. I’m very used to being around the amiable Octopus tetricus, the species I wrote about last time. Those animals are inquisitive and sometimes friendly. They often move in a sort of casual stroll. The blue-lined octopuses I’ve seen, on the other hand, do not engage with humans – which is fine with me – and move in a chaotic way that can look slightly drunk.

This post is mostly pictorial; it’s the first time I’ve got decent images of one. The octopus clambered off a piece of sponge… 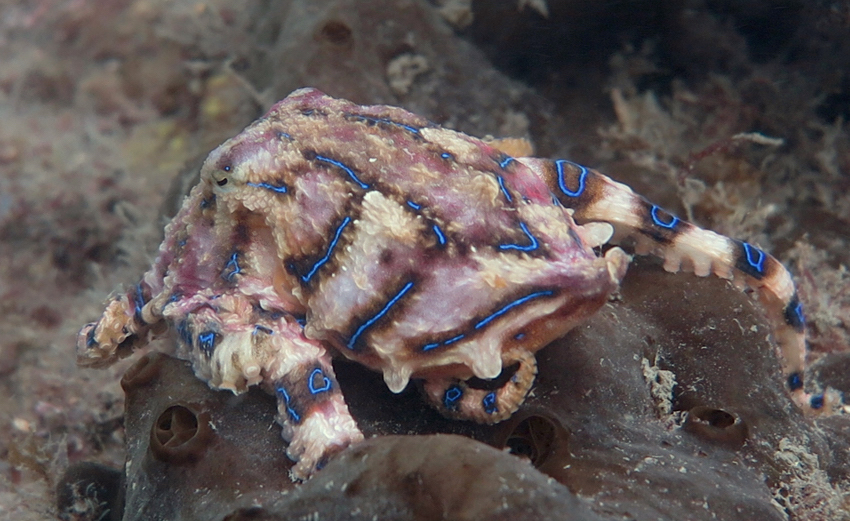 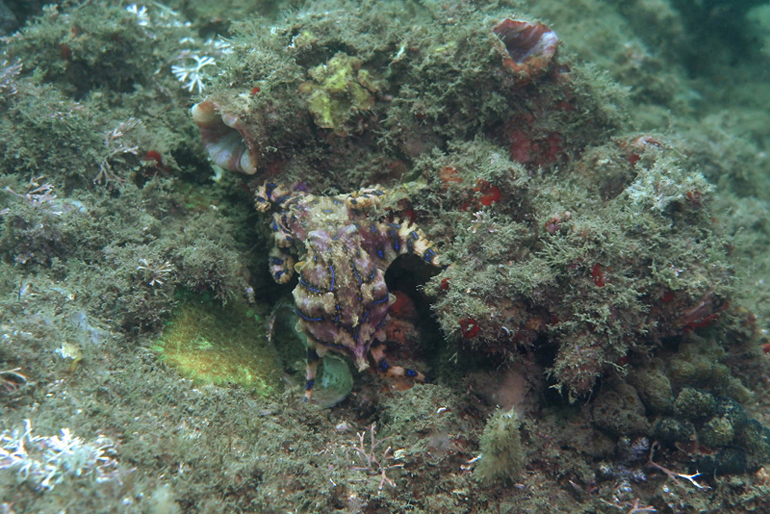 It then did something I’ve not seen before. The iridescent blue is flashed at divers, and – I assume – some other possible threats. But twice when large fish came close to it, this octopus suddenly went bright yellow, over its entire body. I don’t have a good photo of this, as it came and went quickly. But here’s the animal clambering along… 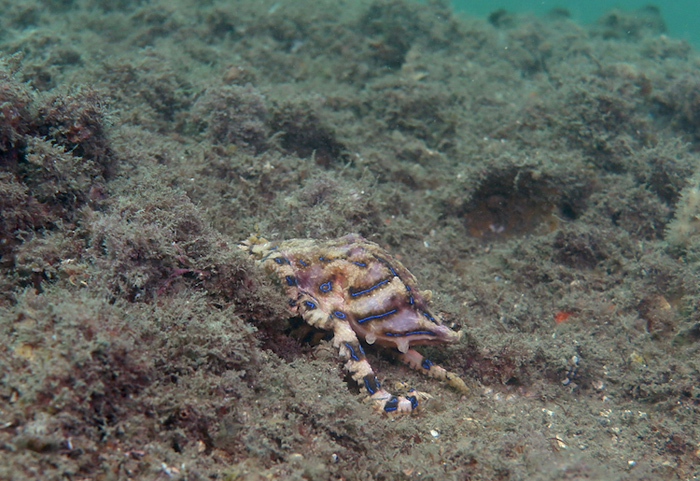 And here it is six seconds later. In those seconds, the fish came in, the octopus went very bright yellow, and then began to fade to the partial yellow in the photo. 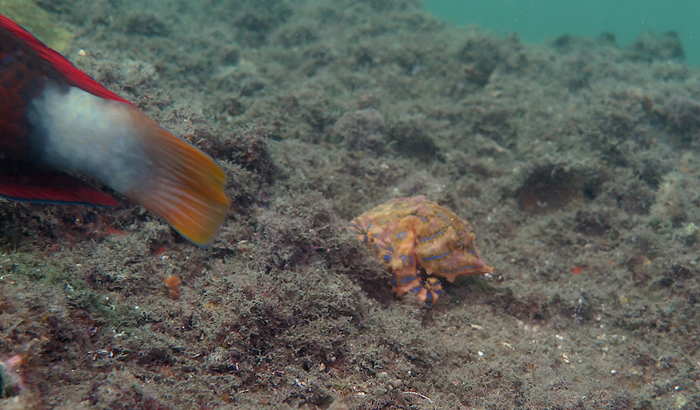 I’ve not seen an octopus go bright yellow before, though Giant Cuttlefish do it often (as shown here), and they seem to do it for a variety of reasons (sometimes in alarm or warning, sometimes not). It’s interesting that the blue-lined octopus has what seem to be these varieties of warning signal. Perhaps they produce the “yellow flare” to anything that gets as close as the fish did.

The Roy Caldwell lab at Berkeley has done a lot of research on these animals. Roy wrote a web post about their venom, here.

This entry was posted in Cephalopods, Color, Communication, Octopus and tagged Octopus, signal. Bookmark the permalink.