I’ve spent the week in Tübingen, in southern Germany, one of the wellsprings of German philosophy. Tübingen is also home to a lot of science, and I’ve been here at a conference and workshop on the early evolution of nervous systems, organized by Gáspár Jékely. Gáspár’s lab works on the nervous system of a tiny worm larva, just a tenth of a millimeter long. The week has been full of discussions of marine organisms and their behavior.

At the last dinner with people from Jékely’s lab, the conversation turned to a video I’ve admired for a while, which was brought into the discussion by some scientists here who’ve met its creator. The video is Slow Life, embedded above, which was made by Daniel Stoupin, a marine biologist and photographer in Queensland, Australia.

Stoupin’s video work and photographs are stunning. As he says on his site, his videos are painstakingly manipulated collections of thousands of shots. In close-up and microscope-based photography like this, the “depth of field” – the area in focus – is tiny. To produce an image with many regions in focus at once, you have to take many shots of the same scene and combine them. Even more work went into Slow Life than is apparent from watching it.

Stoupin’s comments about Slow Life raise themes explored in several posts on this site. He says of plants, sponges, corals, and microorganisms:

[T]hey are dynamic, mobile, and fundamentally have the same motion properties as us. They grow, reproduce, spread, move towards source of energy, and away from unfavorable conditions. However, their speeds happen to be out of sync with our narrow perception.

In the previous post I discussed a small subset of animals that, I said, have quite different behavioral capacities from other organisms. All the animals with “complex active bodies” are found among chordates, arthropods, and cephalopods. Stoupin says that corals and sponges have “fundamentally have the same motion properties as us,” but I take it there are some things a sponge or coral won’t be seen doing, no matter how fast the frames go by. An example is the manipulation of objects, in ways that go beyond mere demolition and consumption. An alternative view to the one expressed by Stoupin is that different kinds of living activity tend to be found at different temporal scales. This is not true of all forms of living activity – a kind of “breathing” is visible both at slow-life scales and at faster scales. As Stoupin says on his site, some bacteria living in the deep sea floors divide at a rate measured in centuries and millennia, rather than the rate of minutes seen in the bacteria around us now. But might it be true that behavior guided by distance-reception, behavior using complex limbs, and behavior that manipulates and re-forms objects only happens on a faster scale? To what extent is slow life different in form from fast life? 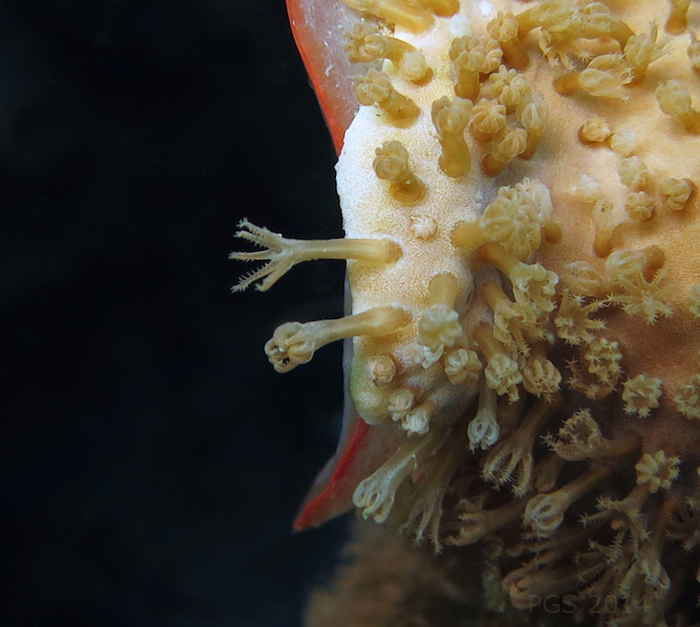 Perhaps somewhere out there a “fast” creature would perceive us as we perceive “slow” sponges and need time lapses to recognize us as living beings.

I wonder whether this is really possible, given the physical constraints on living systems. A while ago I went cautiously through some reasoning about the spatial and temporal scale of life, given biophysical constraints. Peter Hoffman argues in Life’s Ratchet that basic kinds of living activity are confined to a particular spatial scale, the nanoscale. Another body of work, developed, among others, by a biologist who was at Tübingen this week, Eörs Szathmáry, suggests that metabolic systems can never be a great deal simpler than familiar ones are. If the spatial scale and the number of parts in a living system are strongly constrained, with respect to their bottom-end, then this may have consequences for the temporal scale of life, as well. Life can run at a much slower pace, as the bacteria show, but perhaps it can only run so fast.

The photo above was one of mine, an octocoral. Here below is a coral of Stoupin’s –  though posting his shot risks making every photo I’ve ever put on this site look pallid and dull. 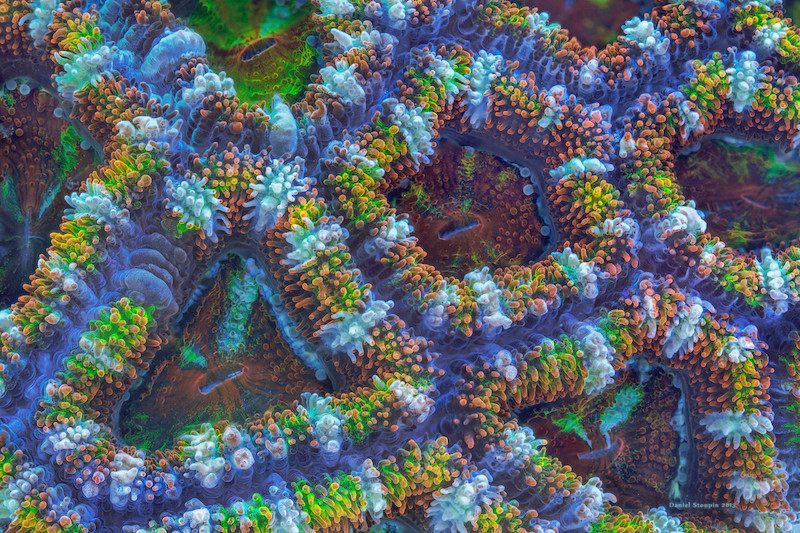 Thanks to the Jékely lab for their hospitality.

The New York Times has a story today (Oct 7) about the role of melatonin in controlling swimming in the tiny marine organism I mentioned above, the larva of Platynereis dumerilii. This work, from Detlev Arendt’s lab, was discussed by Arendt in Tübingen.

3 Responses to 9. Being, Fast and Slow